Artificial Intelligence has come into everyone's life in one way or another over the past decade. One of the fastest growing areas using this new technology is the healthcare industry. There have been many advancements over the years and new ways of using it coming out every day. These advancements have even come into light with physicians using data they receive from wearables like smartwatches. Companies like Microsoft and Apple have entire teams dedicated to healthcare.

Zebra Medical Vision, an Israeli medical imaging analytics company, said on Monday it received clearance from the U.S. Food and Drug Administration for its mammography technology. The company's latest cleared product uses artificial intelligence to prioritize and identify suspicious mammograms. The mammograms are automatically sent to Zebra's platform, where they are processed and analysed for suspected breast lesions. The HealthMammo product then returns its result to the radiologist. It is the company's first oncology tool to receive FDA clearance.

On June 18, the Food and Drug Administration authorized the use of pooled testing for identifying COVID-19 infections. The method allows up to four swabs to be tested at once – a strategy that is expected to greatly expand frequent testing to larger sections of the population. The idea is that if a bundled sample comes back positive, then all the individuals in that sample will need to be tested separately. If a bundled sample comes back clean, however, that's four people who don't need to be tested further, saving public health officials time and money. The FDA said it expects pooling will allow virus identification with fewer tests, which means more tests could be run at once, fewer testing supplies would be consumed and patients could likely receive results more quickly.

Accuracy, precision, recall and other measures of AI efficacy are crucial but not sufficient. Will you use, trust, or make clinical decisions based on a technology that runs on "bad data" and are neither "clinically validated" nor "FDA approved"? From virtual assistants to technologies such as Apple Watch and IBM Watson, several applications of artificial intelligence (AI) have been established to augment health care systems, improve patient care, and assist care-providers. The growing involvement of technology giants such as Google, Apple, and IBM in health care technology have further enhanced the need to understand better the influence of AI on the health care industry. Many health care organizations are employing AI technologies to create new value in the industry.

How AI is enabling COVID-19 research 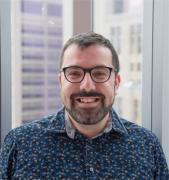 In an age of COVID-19, the phrase "business as usual" has nearly lost all meaning for Canadians who have seen their lives disrupted in myriad ways. That includes researchers Jean-Philippe Julien and Costin Antonescu as they work to find antiviral drugs that can fight the disease that is paralyzing countries around the world. "Speed is the key," says Julien, an associate professor in U of T's departments of biochemistry and immunology and a senior scientist in molecular medicine at the Hospital for Sick Children who focuses his work on developing a vaccine for HIV and malaria. "That's what is making research into COVID-19 different. We normally take a linear approach, going step by step, selecting a few candidate drugs or therapies and slowly moving them forward with testing over several years. "But now, with COVID, we all understand that this approach is not possible.

Tabula Rasa HealthCare today launched MedWise on its PrescribeWellness platform for pharmacists to cumulatively compare how different medications interact with each other. The company, which focuses on improving medication safety, developed this service to allow pharmacists to see how medications will work together on a larger scale than one to one. By doing this, Tabula Rasa says adverse drug events can be reduced. Included with the software is a MedWise Risk Score calculation and MedWise Decision Support. The decision support tool will change the risk score in real time so pharmacists can assess complex medication regimens' safety. Adverse drug events (ADE) cause approximately 1.3 million emergency department visits each year, according to the CDC.

Medtronic and Medicrea announced in a press release that they are in the process of finalizing the acquisition by the US company of the Lyon-based SME. The latter is one of the pioneers in transforming spinal surgery through artificial intelligence, predictive modeling and customized spinal implants. The agreement between the two players will be achieved through the acquisition by Medtronic of all outstanding Medicrea shares. With a focus on predictive medicine, Medicrea designs, manufactures and distributes more than 30 families of FDA-approved implantable devices, which have been used in more than 175,000 surgical procedures worldwide to date. Medicrea is a Lyon-based SME with 175 employees, 35 of whom work in its subsidiary Medicrea USA Corp. based in New York. The company has its own ultra-modern production unit in Lyon, dedicated to the machining and development of custom implants by 3D printing from titanium powder.

Medical imaging artificial intelligence (AI) specialist Avicenna.AI has announced it has received 510(k) clearance from the US Food and Drug Administration (FDA) for its CINA Head triage AI solution for neurovascular emergencies. The FDA's decision covers CINA's automatic detection capabilities for both intracranial haemorrhage and large vessel occlusion (LVO) from CT-scan imaging. Stroke is a leading cause of death in the USA, with more than 795,000 strokes resulting in more than 100,000 deaths each year. It is estimated that up to a third of the most common type of stroke are caused by LVO, when a clot blocks the circulation of the blood in the brain. Around one in 10 strokes are thought to be caused by intracranial haemorrhage.

MIM Software Inc., a leading global provider of medical imaging software, announced it has received 510(k) clearance from the US Food and Drug Administration (FDA) for its deep learning auto-contouring software, Contour ProtégéAI . Contour ProtégéAI is an auto-contouring solution that seamlessly integrates into any department's workflow and can be rapidly implemented into virtually any environment. User feedback and a determination to continuously improve auto-segmentation were key drivers in developing the product. "Our customers are under continual pressure to improve their practices while facing escalating time constraints," said Andrew Nelson, Chief Executive Officer of MIM Software Inc. "Our deep learning auto-segmentation product, Contour ProtégéAI, will play a critical role in reducing the burden of contouring." Auto-contouring is an ideal use case for deep learning algorithms because it is one of the most time-consuming clinical tasks.