A longstanding challenge for machine learning is to learn from complex structured examples in broad, open domains. We believe that domain-independent analogical mapping and constraint propagation can form an effective foundation for such learning. Our experience applying these techniques to Tactical Decision Games led us to develop several strategies that make use of limited domain knowledge to assist in the transfer and adaptation of precedents. Although these additional techniques require some domain-specific knowledge, we believe them to be useful in a broad variety of domains. We have been exploring analogical learning as part of developing interactive companion systems (Forbus and Hinrichs, 2004), software agents that learn over the long term. One important aspect of a companion is that it should learn from experience by accumulating examples. This is a weak form of learning that we expect to augment eventually with facilities for generalization, but it is a critical capability nevertheless. Historically, the Department of Fair Employment and Housing (DFEH) has been highly selective in pursuing its own lawsuits. In California, individuals must lodge their complaint with the agency before filing a lawsuit against their employer. Typically the DFEH immediately grants them this right and reviews complaints for potential investigation, but it seldom pursues the cases itself. In 2019, the agency received 22,584 total complaints and filed four of its own cases. It filed 29 in 2018, following 20,822 complaints.

Fox News Flash top headlines are here. Check out what's clicking on Foxnews.com. EXCLUSIVE: Texas Republican Rep. Ronny Jackson, the former White House physician for Donald Trump, called on Democrats to follow through with their prior demands regarding a president's cognitive ability and have President Joe Biden assessed. Following speculation on Trump's mental aptitude one year into his presidency, he agreed to take the Montreal Cognitive Assessment (MoCA) – a 30 point exam that tests for memory impairment. "The far left and the mainstream media were demanding that be the new standard for anybody who's going to lead our country and be our Commander-in-Chief and our head of state," Jackson said in an interview with Fox News on Saturday.

The need to explain the output from Machine Learning systems designed to predict the outcomes of legal cases has led to a renewed interest in the explanations offered by traditional AI and Law systems, especially those using factor based reasoning and precedent cases. In this paper we consider what sort of explanations we should expect from such systems, with a particular focus on the structure that can be provided by the use of issues in cases.

Jurisprudence has always had to face new challenges posed by innovations, socio-economic developments, and changes in the political landscape. Most recently, various aspects of our life are increasingly becoming entangled with artificial intelligence (AI). The legal fraternity requires much better acquaintance with the technical space as the new policies that they will debate will directly influence the products developed by engineers. To understand the parallelism which one can draw between Artificial Intelligence and Law, let's walk through a few autonomous systems where AI is already confronting the legal field. Constant advancements across a spectrum of technologies brought autonomous cars to reality straight out of sci-fi movies.

This op-ed was written by Mona Sloane, a sociologist and senior research scientist at the NYU Center for Responsible A.I. and a fellow at the NYU Institute for Public Knowledge. Her work focuses on design and inequality in the context of algorithms and artificial intelligence. We have a new A.I. race on our hands: the race to define and steer what it means to audit algorithms. Governing bodies know that they must come up with solutions to the disproportionate harm algorithms can inflict. This technology has disproportionate impacts on racial minorities, the economically disadvantaged, womxn, and people with disabilities, with applications ranging from health care to welfare, hiring, and education.

LiDAR explained: What this laser tech can do for your new iPhone

Another September means another new iPhone launch. Naturally, Apple's probably got all kinds of weird new features cooked up for its flagship device. Rumor has it that LiDAR integration is just one of the things we can expect from the theoretical iPhone 12 when it comes out later this year. "Hold on," you must be thinking. "What the heck is LiDAR?" 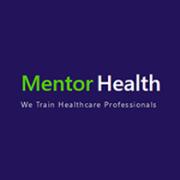 Medical Malpractice And Artificial Intelligence: Can You Sue An AI For Malpractice?

Artificial intelligence has made its way into the lives of average consumers. Even smartphones have some form of artificial intelligence baked into them. We are slowly, but surely becoming dependent on artificial intelligence. We've long relied on technology to help us become more efficient in our craft. Sculptors can now use 3D-printing technology, architects use augmented reality to get a real-time preview of their project, and real estate agents use virtual reality to enable prospective buyers to experience a virtual tour of the home they intend to buy.

The solution to online hate speech seems so simple: Delete harmful content, rinse, repeat. But David Kaye, a law professor at the University of California, Irvine, and the U.N. special rapporteur on freedom of expression, says that while laws to regulate hate speech might seem promising, they often aren't that effective--and, perhaps worse, they can set dangerous precedents. This is why France's new social media law, which follows in Germany's footsteps, is controversial across the political spectrum there and abroad. On May 13, France passed "Lutte contre la haine sur internet" ("Fighting hate on the internet"), a law that requires social media platforms to rapidly take down hateful content. Comments that are discriminatory--based on race, gender, disability, sexual orientation, and religion--or sexually abusive have to be removed within 24 hours of being flagged by users.