South Korea has launched a safety probe into Tesla, focusing on braking and steering systems including Autopilot, according to Reuters. The transport ministry is specifically looking at the the Model 3 in an investigation that could take from six months to a year, according to Reuters' sources. The news casts a bit of a shadow on Tesla's huge sales surge in the nation, spurred by the Model 3. Tesla has an excellent safety record overall, but the autopilot system has drawn criticism from the the US National Transportation Safety Board (NTSB). More recently, Tesla's Autopilot marketing was decried as "misleading" by Korea's Fair Trade Commission. Tesla will cooperate with the investigation, according to a South Korean transport ministry official.

No less than two years ago, Tesla was facing what many considered to be a make-or-break moment. The verdict is in: Tesla made it. The electric vehicle maker turned a surprising profit in the third quarter of 2019, beginning a streak of four straight periods in the black and inspiring confidence in investors that the company's future is bright. Less than a year after Tesla's stock hit a low of $211 in August 2019, the company's shares have soared to stunning new heights, hitting a peak of $1,675 on July 20. Gone are the days of 2018 when Tesla was struggling to produce the Model 3 compact car, burning cash rapidly and prompting serious questions about its ability to survive.

Tesla (NASDAQ:TSLA) CEO Elon Musk made headlines recently by saying that his electric vehicle company is "very close" to achieving level 5 autonomous driving technology. "I remain confident that we will have the basic functionality for level 5 autonomy complete this year," Musk said in a video message, as reported by Reuters. But many industry insiders and self-driving engineers are dubious of Musk's claims. After all, level 5 autonomy means a truly self-driving car, that can drive anywhere, at any time, under any condition, without ever needing any human assistance. Gill Pratt, the CEO of the Toyota Research Institute, said "none of us in the automobile or IT industries are close to achieving true level 5 autonomy."

Zoom in your car? Elon Musk reveals video conferencing is 'a future feature' of Tesla vehicles 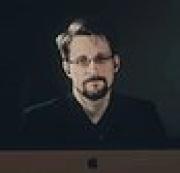 Tesla CEO Elon Musk is finally giving some insight into why the automaker's Model 3 comes equipped with an in-cabin camera. On Twitter, Musk off-handedly confirmed that the mysterious cabin-facing camera, which has been a part of the original design since the Model 3 was unveiled, will help aid the company in its quest to eventually use the cars as robo-taxis. The confirmation from Musk came in response to research on the mysterious cabin cam that uncovered exactly what it sees. In a tweet, one user hypothesized that the camera was, 'most likely for Robotaxis, if they vandalize your car, it's on camera and they'll pay for the damage and possibly get charge criminally.' Theoretically, the camera would allow anyone using their car as a robo-taxi to monitor passengers inside and in the event that any damage was done to the interior, owners could hold passengers liable. This time last year, Tesla promised that it would have one million robotaxis - autonomous vehicles that are capable of carting passengers around driverlessly - by 2020.

Time series forecasting has gained lots of attention recently; this is because many real-world phenomena can be modeled as time series. The massive volume of data and recent advancements in the processing power of the computers enable researchers to develop more sophisticated machine learning algorithms such as neural networks to forecast the time series data. In this paper, we propose various neural network architectures to forecast the time series data using the dynamic measurements; moreover, we introduce various architectures on how to combine static and dynamic measurements for forecasting. We also investigate the importance of performing techniques such as anomaly detection and clustering on forecasting accuracy. Our results indicate that clustering can improve the overall prediction time as well as improve the forecasting performance of the neural network. Furthermore, we show that feature-based clustering can outperform the distance-based clustering in terms of speed and efficiency. Finally, our results indicate that adding more predictors to forecast the target variable will not necessarily improve the forecasting accuracy.

We may not have flying cars, but we could soon have'talking' ones. Elon Musk teased an upcoming Tesla feature that combines external speakers and artificial intelligence, enabling vehicles to'speak' to pedestrians. And the eccentric billionaire said that as well as conversing with pedestrians, drivers could be able to emit a fart noise from the speakers as well. Musk shared a clip of the technology on his personal Twitter page, which highlights a Model 3 driving through the streets and speakers playing'Well don't just stand there staring. 'Teslas will soon talk to people if you want,' he said in the tweet on Saturday.

During Tesla's Autonomy Day last April, Director of AI Andrej Karpathy joked that the attendees of the event only used a pair of cameras to navigate themselves to the venue. Emphasizing this point and Tesla's aversion to LiDAR, the AI Director even joked that the attendees must not have shot lasers from their eyes when they were making their way to the event. These jokes, while lighthearted, show Tesla's all-in bet on Elon Musk's idea that a suite of cameras and a Neural Network are enough to teach a fleet of vehicles how to drive autonomously. Unlike self-driving companies such as Waymo and Cruise, Tesla is intent on not using LiDAR, a component that is pretty much ubiquitous among firms developing FSD technology. Musk has proven quite unforgiving for LiDAR, calling it a "fool's errand" and "stupid" if used for cars.

Elon Musk has been receiving a lot of mail from Germany lately, with government ministers trying to flatter the tech entrepreneur in an effort to promote their states. Almost as soon as the Tesla CEO announced his intention to build a "Gigafactory" in Europe, German state governments began courting Musk like a horde of real estate agents eying a very solvent potential customer. "Lower Saxony," Bernd Althusmann (CDU), the economics minister of that state, wrote, "is one of the world's top regions in the automotive industry." He argued that "trans-European transport routes" cross through it and that the state is leading the way in terms of "electromobility, traffic telematics and autonomous driving." The minister, whose state is home to Volkswagen, said he would be pleased to explain all the advantages "in a personal conversation."

In this article, we propose a novel probabilistic framework to improve the accuracy of a weighted majority voting algorithm. In order to assign higher weights to the classifiers which can correctly classify hard-to-classify instances, we introduce the Item Response Theory (IRT) framework to evaluate the samples' difficulty and classifiers' ability simultaneously. Three models are created with different assumptions suitable for different cases. When making an inference, we keep a balance between the accuracy and complexity. In our experiment, all the base models are constructed by single trees via bootstrap. To explain the models, we illustrate how the IRT ensemble model constructs the classifying boundary. We also compare their performance with other widely used methods and show that our model performs well on 19 datasets.