The first computer algorithm is said to have been written in the early 1840s, for the prototype of the Analytical Engine. Ada Lovelace, a mathematician dubbed a "female genius" in her posthumous biography. As the field of computing developed over the next century following Lovelace's death, the typing work involved in creating computer programs was seen as "women's work," a role viewed as akin to switchboard operator or secretary. Women wrote the software, while men made the hardware -- the latter seen, at the time, as the more prestigious of the two tasks. And, during the Space Race of the 1950s and '60s, three Black women, known as "human computers," broke gender and racial barriers to help NASA send the first men into orbit.

The impact of AI on recruitment - AIHR

Recruitment as a career is the epitome of the phrase "trying to find a needle in a haystack". Economic fluctuations, demand in a particular sector, an overabundance of graduates with a particular qualification – all of these things and more can lead to some jobs having hundreds – or even thousands – of applicants rushing for a single position when it crops up. With so many individuals competing for a dramatically smaller number of jobs, how do recruiters find ways to make their lives easier and their jobs more manageable? This is where artificial intelligence (AI) can play a role. In today's article, we'll take a look at the impact of AI on recruitment: its uses, pros, potential pitfalls and the future.

Top 9 Technology Trends In The Next 5 Years

Maiyro is a platform where writers create publications, take part in discussions, build their professional profiles, and engage in writing opportunities. We value supportive and constructive dialogue in the pursuit of great publications and career growth for all members. The ecosystem spans from beginner to advanced writers, and all are welcome to find their place within our community.

The concept of a metaverse has existed in the minds of computer scientists and science fiction writers for decades. A while ago, writers started to write stories about the future and where technology would allow people to meet, interact and make real-time changes to their world. The Merriam-Webster Dictionary even defines the Metaverse as "an Internet-based virtual reality." The more you think about metaverse, the more its definition seems to blur. Is it a real reality?

How vehicles are leading the way in an increasingly connected future

We are excited to bring Transform 2022 back in-person July 19 and virtually July 20 - 28. Join AI and data leaders for insightful talks and exciting networking opportunities. Our world is more connected every single day, with technologies like artificial intelligence (AI) and machine learning (ML) progressing rapidly and bringing along innovations at every step of the journey. Mobility has taken center stage as one of the primary beneficiaries of these advancements. In a sea of smart home devices and internet of things (IoT)-enabled solutions, smart mobility developments like connected vehicle data (CVD) are among the most promising as they provide a tangible vision not only for the future of cars, but for city infrastructure, retail businesses, global supply chains and everything in between. How can connected vehicle data be so widely impactful?

Our latest roundup of contracts and go lives features news from Kent and Medway Medical Imaging Consortium and The Royal Marsden, who both selected new PACS, and more. We start with news last month from Barnsley Hospital NHS Foundation Trust, who went live with its new e-prescribing system, in a bid to increase efficiency and improve patient safety. The implementation of System C's CareFlow Medicines Management system means staff at Barnsley can use the new digital tool to chart drugs, complete rounds and administer medications. It removes the issue of the potential illegibility of paper prescriptions, which is freeing up staff time and minimising the risk of errors. The roll out was supported by local university students who are on clinical placement with the trust. 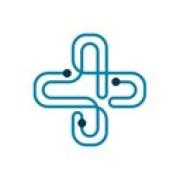 Biofourmis is a rapidly growing, global digital health company filled with committed, passionate professionals who care about augmenting personalized care and empowering people with complex chronic conditions to live better and healthier lives. We are pioneering an entirely new category of medicine by developing clinically validated, software-based therapeutics to provide improved outcomes for patients, smarter engagement & tracking tools for clinicians, and cost-effective solutions for payers. We are collectively devoted to a single-minded idea: powering personally predictive care. Our dynamic growth has been marked by quadrupled headcount in the last 12 months via both expansion & acquisition, yielding a global footprint with offices in Boston, Singapore, Bangalore, and Zurich. We are backed by prominent international venture capital investment & have cultivated relationships with worldwide healthcare stakeholders over the last 5 years.

Science Fiction or Science Fact: Is the Metaverse the Future of Reality?

Thanks to science fiction movies and literature, many people are already familiar with the idea of virtual worlds One only needs to think of various popular films and books to imagine how people might navigate a different reality via an avatar. Increasingly, however, companies want to turn fiction into reality, with Facebook (now known as Meta) just one example of a brand leading the charge, evolving from a pure social media platform into a tech company pushing for an entirely virtual universe known as the metaverse. But what exactly is the metaverse? What opportunities does it offer for everyday life?

Mayor of London Sadiq Khan has announced £500,000 in funding to support the capital's data economy, coincident with the first day of London Tech Week. The money will go into Data for London, a platform which will, according to a statement from the Mayor's office, be a "central library for the vast amount of data held across the capital, enabling Londoners to access both public and private data more easily". The new "library" is a development of the Greater London Authority's London Datastore, set up in 2010, which contains 6,000 datasets. It houses a Coronavirus Hub, which was accessed more than five million times in nine months during the pandemic. It also contains a Planning Datahub, which holds data on more than 450,000 planning proposals, as well as an Infrastructure Mapping Application, which is used by utility companies to try to reduce the congestion and disruption caused by roadworks. 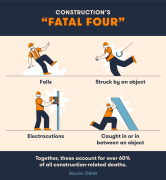