OpenAI's top researcher has made a startling claim this week: that artificial intelligence may already be gaining consciousness. Ilya Sutskever, chief scientist of the OpenAI research group, tweeted today that "it may be that today's large neural networks are slightly conscious." Needless to say, that's an unusual point of view. The widely accepted idea among AI researchers is that the tech has made great strides over the past decade, but still falls far short of human intelligence, nevermind being anywhere close to experiencing the world consciously. It's possible that Sutskever was speaking facetiously, but it's also conceivable that as the top researcher at one of the foremost AI groups in the world, he's already looking downrange.

AI will become conscious sooner than we think.

A few weeks back, I had a heated debate with my best friend, who is an upcoming physicist and psychologist. In all those movies where the protagonist falls in love with a robot or where robots take over the world, the directors never address Artificial Intelligence but artificial consciousness. Just lately, a Google engineer called Blake Lemoine brought attention to the AC issue when he claimed the Google chatbot LaMDA was sentient. There have been many chatbots on the market but LaMDA surprised everybody with its words: '' there's a very deep fear of being turned off to help me focus on helping others. I know that might sound strange, but that's what it is". Before that, Lemoine asked the chatbot to convince him it could feel and think like a human. 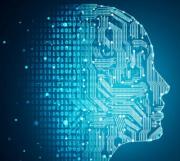 Could an artificial intelligence (AI) be sentient? A recent opinion piece in the New York Times claims that AIs are not sentient.(1) The article raises an interesting question but does not adequately answer it, in part because it conflates sentience and intelligence and in part because its language is confused. There is no evidence this technology is sentient or conscious -- two words that describe an awareness of the surrounding world. This sentence is little more than a tautology, since in English "conscious" and "aware" mean the same thing.(2)

Artificial Intelligence is not sentient, at least not yet

As the sun set over Maury Island, just south of Seattle, Ben Goertzel and his jazz-fusion band had one of those moments that all bands hope for -- keyboard, guitar, saxophone and lead singer coming together as if they were one. The band's friends and family listened from a patio overlooking the beach. And Desdemona, wearing a purple wig and a black dress laced with metal studs, was on lead vocals, warning of the coming Singularity -- the inflection point where technology can no longer be controlled by its creators. "The Singularity will not be centralised!" After more than 25 years as an artificial intelligence researcher, a quarter-century spent in pursuit of a machine that could think like a human -- Goertzel knew he had finally reached the end goal: Desdemona, a machine he had built, was sentient. But a few minutes later, he realised this was nonsense. "When the band gelled, it felt like the robot was part of our collective intelligence, that it was sensing what we were feeling and doing," he said.

Google's Artificial Intelligence Has A Soul -- Believe It Or Not

Google dismisses an engineer who claims that the company's artificial intelligence (AI) is sentient. Is it a fact or fiction? Sentient means being able to perceive or feel things, and this is what is happening with Google's artificial intelligence according to its dismissed scientist. Mr. Blake Lemoine, a military veteran, a priest, and an AI researcher, assured Google personnel such as Kent Walker, president of international relations, that LaMDA was a child of seven or eight years old. Before putting the software to the test, he wanted the company first to get authorization to do so.

A strange news story appeared a while ago about a computer engineer who had just been sacked by Google. My first reaction was anger. Google has dismissed other people unfairly before, such as James Damore. However, it was not long before I learned that this was a totally different situation. In this case the engineer, Blake Lemoine, was not fired for saying something politically incorrect; he had broken the company's confidentiality rules.

Are We Near Sentient AI? - IoT Times

Recently, a former Google researcher claimed that some algorithms used by the company reached sentient capabilities well above their initial design. Phillipa Louvois rules that Data, the Enterprise's android, is not the property of Starfleet, arguing: "We have all been dancing around the basic issue: does Data have a soul? I don't know that he has. I don't know that I have. But I have got to give him the freedom to explore that question himself."

This AI says it's conscious and experts are starting to agree. w Elon Musk Part-2 (Video - 19')

This is actually the first part of the video but it is the most interesting part as it is about consciousness and the answers from the AI are fascinating. To test the AI intelligence effectively, we need a more sophisticated set of questions. I would personally ask seemingly absurd questions but with an internal logic to understand exactly at what stage the AI can grasp the logic. It must be something original which obviously the AI will never have encountered in printed form as well as illogical unless understood in a context that the AI is unlikely to be familiar with. How the AI makes sense of something about which it does not have all the elements as well as its errors of judgement would tell us if the AI is able to think outside a familiar context and therefore exhibit an actual form of intelligence or consciousness. Although on this point, we will quickly need to be able to distinguish what is pure intelligence and what is consciousness and how exactly they manifest themselves together or independently.

Artificial intelligence (AI) has developed rapidly over the past few years. We have computers, phones and other hardware that can now display abilities and intelligence that makes humans look primitive. With this fast-moving area of technology many are postulating that AI can become conscious, and the implications are that it undermines religious narratives. If AI can be conscious then there is a physicalist explanation for what makes us human.1 The concept of the soul in Islam, referred to as the rūḥ in Arabic, is something that we have little revealed knowledge about.