Supervised learning is the machine learning task of learning a function that maps an input to an output based on example input-output pairs. (Wikipedia)

A dangerous combination of record-setting cold temperatures and powerful winds have buffeted the northeastern United States. On Saturday, New Hampshire's Mount Washington recorded a wind chill, a measure of how the combined effect of air and wind feels to the skin, of -78 Celsius (-108 Fahrenheit), which appeared to be the lowest ever in the United States. The air temperature at the peak reached -44C (-47F), with winds gusting near 160km/h (100 mph), according to the Mount Washington Observatory. In Boston, where officials closed down the public school system on Friday due to the impending freeze, the low temperature hit -23C (-10 F), shattering the day's record set more than a century ago, the National Weather Service (NWS) said. In Providence, Rhode Island, the mercury dropped to -23C (-9F), well below the previous all-time low of -19C (-2F), set in 1918.

Includes Narration from Randal Shaffer. Agile scrum is a simple method for managing and completing even the most complex project, even in difficult situations . Based on my experience, it is the number one most popular way to deliver projects on-time while maintaining a high degree of quality. Who should take is course? Whether you are acrum Master, Project Manager, Product Owner or Team Member or simply someone who wants the answer to the question "how do I deal with difficult/challenging situations using scrum", this is definitely the class is for you. 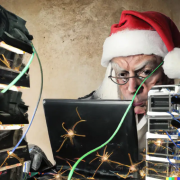 Finally, one more interesting aspect of our training infrastructure is that we use a multi-cloud setup in practice. As it was told earlier, GCP is our main vendor for training instances for cost and powerful machines availability-related reasons, while our default production infrastructure is AWS. It means that sometimes we need to combine the two: e.g. We use Flyte to orchestrate this process. Flyte is a workflow management system that allows us to define a pipeline as a DAG of tasks. It is useful for us because it allows us to define a pipeline once and run its steps on different machines with different computational resources allocation, and it also provides a nice UI for monitoring the progress of the pipeline. 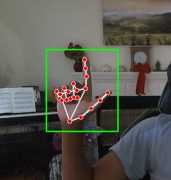 The first step of preparing the data for training is to convert and shape all of the pixel data from the dataset into images so they can be read by the algorithm. The code above starts by reshaping all of the MNIST training image files so the model understands the input files. Along with this, the LabelBinarizer() variable takes the classes in the dataset and converts them to binary, a process that greatly speeds up the training of the model. The next step is to create the data generator to randomly implement changes to the data, increasing the amount of training examples and making the images more realistic by adding noise and transformations to different instances. After processing the images, the CNN model must be compiled to recognize all of the classes of information being used in the data, namely the 24 different groups of images. Normalization of the data must also be added to the data, equally balancing the classes with less images.

Title 42's end could mean big payday for Mexican cartels, according to experts

Senior national correspondent Rich Edson reports the latest on the concern from Washington, D.C. Mexican cartels could see a significant payout from the end of Title 42, as smuggling drugs and migrants into the country may increase. "The end of Title 42 will add a huge revenue opportunity for the cartels," retired DEA agent Derek Maltz told Fox News senior national correspondent Rich Edson. "It's going to increase the deadly supply of fentanyl and this tsunami of these lethal substances that are entering the country daily." "They're just going to take advantage of the volume of distractions to our brave men and women on the front lines, and they're just going to continue to move high-value targets into America," Maltz added. They'll keep bringing guns into Mexico from the United States." The Biden administration plans to lift Title 42 on Wednesday, ending a border policy enacted under former President Trump that allows for the deportation of the vast majority of migrants amid the COVID-19 pandemic. The U.S. Supreme Court on Monday temporarily blocked an order that would lift Title 42, as 19 states had asked the high court for an emergency stay that would keep the policy in place. Republicans have warned for months that ending the policy would only worsen the crisis at the border. The U.S. Border Patrol had a record 230,000 encounters with migrants in October alone, breaking the previous record set in September. A Mexican soldier stands guard next to some graffitis of the drug trafficker Mayo Zambada and the criminal group "Cartel de Sinaloa," in Palmas Altas village, Jerez de Garcia Salinas municipality, Zacatecas state, Mexico, on March 14, 2022. Former Vice President Mike Pence told America's Newsroom that when he stood at the border, he could see cartel lookout nests "100 yards across the border," and that the cartels "literally decide who comes in." The cartels have increasingly used more sophisticated methods to smuggle drugs across the border, including drones and planes to get the material past authorities, according to Maltz. KARINE JEAN-PIERRE FACES BACKLASH AFTER CLAIMING THE BORDER IS NOT OPEN: 'A BOLD-FACED LIE' "The cartels have a stronghold on these different corridors along the border, and they've been operating for years," Maltz explained. "They build tunnels that are very sophisticated.

NASA's Artemis programme is already breaking records, less than two weeks after its very first spaceflight launched. The agency has confirmed its Artemis 1 Orion capsule smashed the record for the furthest distance travelled from Earth by any craft designed to carry humans. At 08:40 EST (13:40 GMT) on Saturday (November 26), Orion reached 248,655 miles from Earth, beating the record set by Apollo 13 in April 1970. Then, at 16:06 EST (21:06 GMT) on Saturday, it reached the farthest point in its orbit – a maximum distance of 268,553 miles. Artemis 1 is an uncrewed test flight for NASA's Artemis programme, comprising the Orion spacecraft, Space Launch System (SLS) rocket.

Dame Jenny added: "For this particular wave we have some evidence there may be some slight reduction of the effectiveness of vaccines on variants, but they are still maintaining the majority of people, keeping them safe from severe disease and out of hospital."

A multivariate Hawkes process enables self- and cross-excitations through a triggering matrix that behaves like an asymmetrical covariance structure, characterizing pairwise interactions between the event types. Full-rank estimation of all interactions is often infeasible in empirical settings. Models that specialize on a spatiotemporal application alleviate this obstacle by exploiting spatial locality, allowing the dyadic relationships between events to depend only on separation in time and relative distances in real Euclidean space. Here we generalize this framework to any multivariate Hawkes process, and harness it as a vessel for embedding arbitrary event types in a hidden metric space. Specifically, we propose a Hidden Hawkes Geometry (HHG) model to uncover the hidden geometry between event excitations in a multivariate point process. The low dimensionality of the embedding regularizes the structure of the inferred interactions. We develop a number of estimators and validate the model by conducting several experiments. In particular, we investigate regional infectivity dynamics of COVID-19 in an early South Korean record and recent Los Angeles confirmed cases. By additionally performing synthetic experiments on short records as well as explorations into options markets and the Ebola epidemic, we demonstrate that learning the embedding alongside a point process uncovers salient interactions in a broad range of applications.

Why Do We Need a Validation Set in Addition to Training and Test Sets?

You may already be familiar with training and test sets. This is because you need a separate test set to evaluate your model on unseen data to increase the generalizing capability of the model. We do not test our model on the same data used for training. If we do so, the model will try to memorize data and will not generalize on new unseen data. The validation set is also a part of the original dataset.