Many traditional philosophical questions take new twists in the context of intelligent machines. For example: What is a mind? What is consciousness? Where do we draw the line on responsibility for actions when dealing with robots, computers, programming? Do human beings occupy a privileged place in the universe?

AI Consciousness – Understanding the soul of an artificial system -- OLIVEHIGGO

Consciousness is commonly tied to being alive; a trait that allows one to be self-aware of themselves and their place in the world. However, whether or not consciousness is tied to our conventional definition of what it means to be alive is now a topic of discussion amongst roboticists and philosophers. A key difference, according to some academic circles, is that consciousness is considered to be multi-dimensional, while at the same time, artificial and human consciousness may in fact be more closely related than we think. According to renowned Australian robotics philosopher David Chalmers, consciousness should be analyzed from an object's point of view of experience. As quoted in his 1995 paper on defining consciousness, he wrote: "A subject is conscious when she feels visual experiences, bodily sensations, mental images, emotions."

Symbolic AI: The key to the thinking machine

Check out the on-demand sessions from the Low-Code/No-Code Summit to learn how to successfully innovate and achieve efficiency by upskilling and scaling citizen developers. Even as many enterprises are just starting to dip their toes into the AI pool with rudimentary machine learning (ML) and deep learning (DL) models, a new form of the technology known as symbolic AI is emerging from the lab that has the potential to upend both the way AI functions and how it relates to its human overseers. Symbolic AI's adherents say it more closely follows the logic of biological intelligence because it analyzes symbols, not just data, to arrive at more intuitive, knowledge-based conclusions. It's most commonly used in linguistics models such as natural language processing (NLP) and natural language understanding (NLU), but it is quickly finding its way into ML and other types of AI where it can bring much-needed visibility into algorithmic processes. The technology actually dates back to the 1950s, says expert.ai's 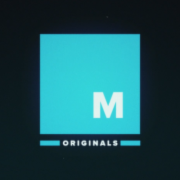 London's Science Museum unveils a new blockbuster exhibition dedicated to science fiction. Sourcing some of the greatest examples of the genre, over 70 objects and art works from across the globe invite us to contemplate what makes us human, and consider imagination's role in building our common future. Science Fiction: Voyage to the Edge of Imagination will be at the Science Museum until May 2023.

History Of AI In 33 Breakthroughs: The First 'Thinking Machine'

Many histories of AI start with Homer and his description of how the crippled, blacksmith god Hephaestus fashioned for himself self-propelled tripods on wheels and "golden" assistants, "in appearance like living young women" who "from the immortal gods learned how to do things." I prefer to stay as close as possible to the notion of "artificial intelligence" in the sense of intelligent humans actually creating, not just imagining, tools, mechanisms, and concepts for assisting our cognitive processes or automating (and imitating) them. UNITED STATES - CIRCA 1943: Machine's Can't Think (Photo by Buyenlarge/Getty Images) In 1308, Catalan poet and theologian Ramon Llull completed Ars generalis ultima (The Ultimate General Art), further perfecting his method of using paper-based mechanical means to create new knowledge from combinations of concepts. Llull devised a system of thought that he wanted to impart to others to assist them in theological debates, among other intellectual pursuits. He wanted to create a universal language using a logical combination of terms.

The Turing test was developed in 1950 by Alan Turing, and it served the purpose of identifying a machine's level of intelligence and how'human' it can sound, which is done by evaluating a text conversation between a human judge and a machine.[1] Alan Turing predicted that, by the year 2000, computers with as little as 100 megabytes of memory would be able to pass the Turing test with ease and thus be able to replicate human consciousness.[2] This could have be a well-placed prediction, considering the pace of technological developments during his lifetime. Indeed, over the years, digital programs created to establish small talk and generate human-like responses to questions have actually come remarkably close to passing the Turing test in an to attempt to resemble human consciousness (HC). However, Turing's prediction was not entirely accurate in the long run and failed to factor in the technical limitations and other problems that come with compacting computer processing power, which is why although artificial intelligence has been around for a long time, it has yet to truly reach its pinnacle and pass the Turing test to generate responses indistinguishable to human responses and successfully replicate human consciousness.

Generative Art Is Challenging What It Means to Be Human

When Camille Roux sets out to make a work of art, he often turns to the internet for advice. "What's your favorite?" he recently tweeted, sharing four computer-generated variations on an abstract visual theme, along with a poll allowing people to register their preferences. The denizens of Twitter began to weigh in. Some cast a vote without comment, while others offered Roux a rationale. One user said they preferred a particular image over another "because the red makes it look more lush."