The Australian Space Agency (ASA) has highlighted that over the next decade Australia has an opportunity to prioritise six areas when it comes to robotics and automation on earth and in space. In publishing its Robotics and Automation on Earth and in Space Roadmap [PDF] on Monday, the ASA detailed that these six areas are remote operations, interoperability, analogue facilities and services, robotic platforms, in-situ resource utilisation services (ISRU), and terrestrial foundation services, such as materials handling and transport. Specifically, the roadmap describes how Australia could leverage its existing expertise in robotics technology and systems, provide solutions in the global marketplace to support the sustainable build-up of space assets and infrastructure, and enable international collaboration with industry. "Robots go places and do things that humans can't, and advances in automation allow us to carry out complex tasks with more sophistication. These technologies are playing an ever-increasing role in supporting human operations on the moon," ASA CTO Nick Larcombe said.

Catalysing the Artificial Intelligence Opportunity in Our Regions Round 1

If your application is successful, you'll receive a written offer. If you are unsuccessful, we'll notify you in writing and give you the chance to discuss the outcome with us. Successful applicants must enter into a grant agreement with the Commonwealth. The grant agreement will specify the reporting requirements, payment schedule and milestones necessary to receive payments. We'll make the first payment when the grant agreement is executed.

As part of Australia's Artificial Intelligence (AI) Action Plan, the Australian Government is investing $53.8 million over four years to establish the National AI Centre and four AI and Digital Capability Centres to lay the foundations for an Australian AI and digital ecosystem. As the national science agency, and housing some of the country's leading capability in AI research and technology development, we're well positioned to act as lead in establishing the National AI Centre. We're bringing together partners from government, industry and the research sector to boost exploration and adoption of AI in Australia. We are uniquely positioned to represent the interests and capability of Australia's AI sector internationally, and to grow awareness of our AI capacity with global leaders in the field. By partnering with like-minded organisations, we aim to drive a new level of understanding, technology development, and adoption of AI in Australia in the years to come. 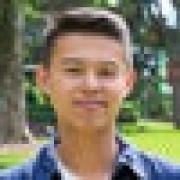 Safer and more efficient services will be delivered for NSW residents using Artificial Intelligence (AI), with a new world-leading AI Assurance Framework to come into effect in March 2022. All agencies across the NSW Government can apply the Assurance Framework to ensure increasingly sophisticated AI systems are safe, effective and delivering on state outcomes, improving the lives of people in NSW and the resilience of communities and driving the economy. NSW Government's Chief Data Scientist Dr Ian Oppermann said the Framework would ensure Government services using AI were aligned to state outcomes, easy to access and use by customers as well as being personalised and secure. "AI creates a huge opportunity to improve Government services. We are already piloting the technology with eHealth NSW to help doctors to earlier identify sepsis in patients attending emergency departments," Dr Oppermann said.

Why international cooperation matters in the development of artificial intelligence strategies

In October, the Forum for Cooperation on Artificial Intelligence (FCAI), a multistakeholder dialogue among high-level government officials and experts from industry, civil society, and academia, released an interim report taking stock of the current landscape for international cooperation on AI and offering recommendations to make further progress. FCAI publicly launched the report as part of Brookings' Global Forum on Democracy and Technology event, Aligning technology governance with democratic values. UK Secretary of State Digital, Culture, Media and Sport, Nadine Dorries, praised the "excellent" report as a "helpful step in [the] process" of building international AI collaboration while discussing her government's role in its presidency of the G7 group and its upcoming Future Tech Forum. To discuss the report, Brookings co-authors Cam Kerry and Josh Meltzer, and Andrea Renda of the Centre for European Policy Studies (CEPS) welcomed a panel featuring representatives from the governments of Australia, Canada, and the United States, as well as industry representatives from IBM and Twitter. While the entire event and panel discussion around the report can be found here, for some unfamiliar with the FCAI, this blog will serve as an introduction to the Forum and the new report.

The Competition and Markets Authority (CMA) is understood to have raised questions with Microsoft and quizzed customers and rivals about its takeover of Nuance Communications. Microsoft is yet to file with the regulator, which would have 40 working days to consider whether to launch an in-depth investigation. The deal has been cleared by US and Australian authorities while the European Commission has also been hearing from rivals - it is expected to give the green light in the coming days. Nuance is best known for providing the original speech recognition system behind Siri, Apple's virtual assistant. Its transcription software is widely used in the NHS to cut down on note taking and became more crucial during the pandemic by allowing doctors to keep protective equipment on. Its software also powers automated systems such as bots used to answer questions about coronavirus vaccines.

A Little About Me -- Amena Khatun

My name is Amena Khatun, and I currently live in Australia with my partner and our son. I am working as a'Postdoctoral Fellow' at Queensland University and Technology (QUT), Brisbane, Australia. My research interest is computer vision, deep learning, person re-identification, and security surveillance. In February 2017, my Ph.D. journey started in computer vision and deep learning at QUT. I am so thankful for the Australian Government RTP Scholarship, QUT HDR tuition Fees Sponsorship, and QUT Top-up Scholarship.

The New South Wales government has teamed up with Cisco to trial the use of AI, IoT, and edge computing technology to improve the reliability of public transport in Sydney and Newcastle. As part of the trial, Transport for NSW (TfNSW) is using IoT to enable physical objects to be "digitised" and connected to the transported network via sensors, while edge computing will be leveraged to take real-time data from connected objects to enable faster decision making. AI, meanwhile, will be used to assist with understanding data and automating the process. The technologies will be connected to several buses, ferries, and light rail vehicles in both cities, the state government said. "We've partnered with Cisco to investigate how a real-time view of vehicle supply and customer demand, and performance, can guide future network decisions, and monitor road conditions to identify where repair work is needed," Minister for Transport and Roads Rob Stokes said.

AI Is Learning to Manipulate Us, and We Don't Know Exactly How Dezfouli points out that whether these technologies are used for good or ill depends on how responsibly we design and deploy them. In an attempt to ensure good outcomes, CSIRO and the Australian government developed an ethics framework for AI in government and industry. These (voluntary) principles include much of what you might expect, like "AI systems should respect and uphold privacy rights and data protection." Another tenant says that transparency and responsible disclosure are crucial, so that people can understand when their choices are being guided and find out when an AI system is engaging with them.