We propose a Distributional Approach to address Controlled Text Generation from pre-trained Language Models (LMs). This view permits to define, in a single formal framework, "pointwise" and "distributional" constraints over the target LM -- to our knowledge, this is the first approach with such generality -- while minimizing KL divergence with the initial LM distribution. The optimal target distribution is then uniquely determined as an explicit EBM (Energy-Based Model) representation. From that optimal representation we then train the target controlled autoregressive LM through an adaptive distributional variant of Policy Gradient. We conduct a first set of experiments over pointwise constraints showing the advantages of our approach over a set of baselines, in terms of obtaining a controlled LM balancing constraint satisfaction with divergence from the initial LM (GPT-2). We then perform experiments over distributional constraints, a unique feature of our approach, demonstrating its potential as a remedy to the problem of Bias in Language Models. Through an ablation study we show the effectiveness of our adaptive technique for obtaining faster convergence.

From Elon Musk to Jeff Bezos, these 30 personalities defined the 2010s

The first decade of the 21st century introduced us to sweeping mobile and social revolutions largely driven by names like Jobs, Zuckerberg and Bezos. In the second decade that's now closing, things got a little more… complicated. During those years, a new collection of faces have joined the earlier tech titans to continue moving us into the future. A person wears a Guy Fawkes mask, which today is a trademark and symbol for the online hacktivist group Anonymous. More a decentralized collective than a personality, Anonymous was the name claimed by the loose affiliation of hackers who brought "hacktivism" into the mainstream. During the first half of the decade, Anonymous launched attacks against targets like ISIS, the governments of the US and Tunisia, and corporations such as Sony and PayPal.

The White Paper by Satoshi Nakamoto review – the future of cryptocurrency 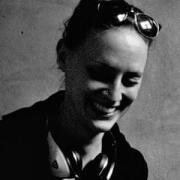 Eight years ago, Visa, Mastercard and PayPal, which together make up more than 97% of the global market for payment services, cut off funding to WikiLeaks (you could still donate to the Ku Klux Klan, the English Defence League or Americans for Truth about Homosexuality). The blockade, backed by Republican senators, was political: WikiLeaks had published Chelsea Manning's material documenting US military drone strikes and civilian killings in Iraq; stopping inflowing cash silenced Julian Assange's outfit, albeit temporarily. Perhaps it was time for a cryptocurrency to stride from the proverbial phone booth, underpants over its tights, and save the day? After all, bitcoin's philosophy was that it would cut out the middleman, whether state functionary or corporate lackey, and realise a radical future in which, for instance, Afghan women, prohibited from opening bank accounts, might work and get paid in bitcoin. Certainly, in December 2010 there was much enthusiasm from cypherpunks for WikiLeaks to link to bitcoin on their website for donations.

This week, RSA, one of the biggest cybersecurity conferences of the year took place in San Francisco. Researchers demonstrated lots of new reasons to freak out about your data security, but they also highlighted new techniques for staying safe. There's the clever new tool that can protect Macs using Apple's video game logic engine. And the NSA even made an appearance, revealing an open-source version of a powerful cybersecurity tool that agency had developed in house. Google announced it had found a new zero-day exploit in MacOS, dubbed "Buggy Cow."

Assange Keeps Warning Of AI Censorship, And It's Time We Started Listening

Throughout the near entirety of human history, a population's understanding of what's going on in the world has been controlled by those in power. The men in charge controlled what the people were told about rival populations, the history of their tribe and its leadership, etc. When the written word was invented, men in charge dictated what books were permitted to be written and circulated, what ideas were allowed, what narratives the public would be granted access to.

The ransomware that is wreaking havoc on NHS computers is believed to be using an NSA cyber-weapon leaked in WikiLeaks' Vault 7 release earlier this year. Malware called Wanna Detector is preventing hospital staff from accessing medical records. Hospitals in both England and Scotland are known to be affected. The I.F.O. is fuelled by eight electric engines, which is able to push the flying object to an estimated top speed of about 120mph. The giant human-like robot bears a striking resemblance to the military robots starring in the movie'Avatar' and is claimed as a world first by its creators from a South Korean robotic company Waseda University's saxophonist robot WAS-5, developed by professor Atsuo Takanishi and Kaptain Rock playing one string light saber guitar perform jam session A man looks at an exhibit entitled'Mimus' a giant industrial robot which has been reprogrammed to interact with humans during a photocall at the new Design Museum in South Kensington, London Electrification Guru Dr. Wolfgang Ziebart talks about the electric Jaguar I-PACE concept SUV before it was unveiled before the Los Angeles Auto Show in Los Angeles, California, U.S The Jaguar I-PACE Concept car is the start of a new era for Jaguar.

WikiLeaks has published hundreds more files today which it claims show the CIA went to great lengths to disguise its own hacking attacks and point the finger at Russia, China, North Korea and Iran. The 676 files released today are part of WikiLeaks' Vault 7 tranche of files and they claim to give an insight into the CIA's Marble software, which can forensically disguise viruses, trojans and hacking attacks. WikiLeaks says the source code suggests Marble has test examples in Chinese, Russian, Korean, Arabic and Farsi (the Iranian language). WikiLeaks, founded by Julian Assange (pictured), claims its Vault 7 files come from the CIA's Center for Cyber Intelligence It says: 'This would permit a forensic attribution double game, for example by pretending that the spoken language of the malware creator was not American English, but Chinese.' This could lead forensic investigators into wrongly concluding that CIA hacks were carried out by the Kremlin, the Chinese government, Iran, North Korea or Arabic-speaking terror groups such as ISIS.

WikiLeaks has released'Dark Matter', the latest batch of documents in its Vault 7 series, detailing the hacking techniques allegedly used by the CIA on Apple devices. One of the most concerning of these is'NightSkies', a tool dating back to 2008. WikiLeaks says it was "expressly designed to be physically installed onto factory fresh iPhones. Whether agents gained access to Apple's supply chain in order to carry this out is unclear, but WikiLeaks mentions it as a possibility. "While CIA assets are sometimes used to physically infect systems in the custody of a target it is likely that many CIA physical access attacks have infected the targeted organization's supply chain including by interdicting mail orders and other shipments (opening, infecting, and resending) leaving the United States or otherwise," it wrote in a press release.

The e-commerce giant is introducing the virtual assistant to its shopping app iOS app, letting users converse with the AI on the go. However, the setup is less convenient than Apple's system, as users must to first open the app and then press the microphone icon before chatting – user simply say'Hey Siri' to activate the AI. The update will let iOS users ask Alexa questions, shop, play music and more – just by tapping the microphone icon in the search bar. Users will have the ability to control the slew of smart-home products that Amazon has to offer using Alexa. And iOS users who already use the app to control the smart speaker that houses Alexa, can now do so on the go.

Winning the Future with Artificial Intelligence

Wikileaks caught the CIA with its pants down this week when they released a massive collection of information about cyberattack techniques the agency uses to hack iPhones and major communication services. It's alleged that Wikileaks was given the the documents courtesy of Russia, who hacked into American systems to find them. If they prove to be real, it's a major blow to the US. You can bet that governments like Iran and China are loving the fact that they can use the documents to better defend themselves against future American attacks. In a recent interview, Alphabet's Executive Chairman Eric Schmidt, claimed "that big data is so powerful that nation states will fight wars over data."