AI in a Sextech: the Future of Sex 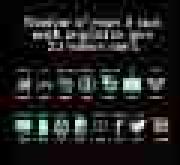 A scientist and a researcher, Brian Roemelle, once said that artificial intelligence is the electricity of the future. And it is difficult to disagree, for AI has a huge impact on many industries right now -- from banking to auto. But have you ever thought how AI works for a sextech? Great changes are happening right now, and although you may not even notice it, your sex experience is getting better. The sex industry is booming -- people accept themselves and their bodies, some of them open out, some start experimenting, and some identify themselves as digisexuals (people whose primary sexual identity comes through the use of technology -- they don't need other people to have sex to).

As coverage of deepfake technology becomes more prevalent, it's reasonable to wonder how these videos even work. Advancements in motion capturing and facial recognition over the past decade have been staggering – and terrifying. What used to be limited to only the most well-funded computer scientists and movie studios is now a tool in the hands of comedy outlets and state-run media. By definition, deepfakes are videos in which a person's face and/or voice are replaced with someone else's by an AI. The underlying technology and machine learning processes rose to popularity in the early '90s, evolving from a field of academic research.

The BJP used artificial intelligence technology to create two deepfake videos of party leader Manoj Tiwari, in which he has been morphed realistically to show him speaking in two languages to appeal to different voter groups ahead of the Delhi assembly election earlier this month. Deepfake uses AI (artificial intelligence) to create morphed videos that seem real; it can even put words in the mouth of an another person. NDTV is one of the leaders in the production and broadcasting of un-biased and comprehensive news and entertainment programmes in India and abroad. NDTV delivers reliable information across all platforms: TV, Internet and Mobile. Follow us on Twitter: https://twitter.com/ndtv

As social media platforms move to crack down on deepfakes and misinformation in the US elections, an Indian politician has used artificial intelligence techniques to make it look like he said things he didn't say, Vice reports. In one version of a campaign video, Manoj Tiwari speaks in English; in the fabricated version, he "speaks" in Haryanvi, a dialect of Hindi. Political communications firm The Ideaz Factory told Vice it was working with Tiwari's Bharatiya Janata Party to create "positive campaigns" using the same technology used in deepfake videos, and dubbed in an actor's voice to read the script in Haryanvi. "We used a'lip-sync' deepfake algorithm and trained it with speeches of Manoj Tiwari to translate audio sounds into basic mouth shapes," Sagar Vishnoi of The Ideaz Factory said, adding that it allowed the candidate to target voters he might not have otherwise been able to reach as directly (while India has two official languages, Hindi and English, some Indian states have their own languages and there are hundreds of various dialects). The faked video reached about 15 million people in India, according to Vice.

Do You Know These 10 New AI Jargon - Analytics India Magazine

When every single element in the technological space is rapidly changing, it is evident for some of them to go obsolete. Not just technology but the literature of technology also loses its essence with time. A few years ago, machine learning (ML) or artificial intelligence (AI) were terms used to fascinate people. In 2020, these words do turn heads, but people are now used to these terms as they are a part of everyday dinner table conversations for many. However, there is no shortage of new terms in the landscape, which are gaining prominence.

AI, the Transcription Economy, and the Future of Work

Gabriel is a professional transcriber, and for years he earned a middle-class living. He'd sit at his desk, "knock it out" for hours using custom keystrokes, and watch the money roll in. "I sent my son to private schools and university on transcribing," he tells me. "It was a nice life." But in the past decade, the bottom fell out.

We've talked about artificial intelligence and music creation a bit on the blog before. We're all seeing the leaps in capabilities that AI technology can do on the internet and making music is possibly one of the more underwhelming parts of that. Well perhaps not anymore, as this digital company have just created a pitch perfect sounding Travis Scott song – vocals, production, even music video – using nothing but algorithms. Space150 is a US-based tech company who have been dabbling in testing what they can do with artificial intelligence. By processing a slew of his lyrics and getting computers to analyse his sound and his vocal style they managed to create a completely legitimate Travis Scott track that he might not even know exists.

We're experiencing a profound shift in how educational content is created and delivered. Online education platforms are flourishing, and a recent Pew Research poll shows the world's leading video platform YouTube has finally become more than a repository of cat videos -- about half of YouTube users say it's very important for helping them figure out how to do things they've never done before. The year 2019 saw unprecedented growth in YouTube educational content on artificial intelligence. Synced has selected 10 AI-oriented YouTube channels we hope might provide our readers a cozy little holiday binge-watching session. Preserve Knowledge focuses on advances in mathematics, computer science, and artificial intelligence.

People in India watch a lot of videos on the internet. According to a report from The Wall Street Journal, Indians spend more than 8.5GB of mobile data on average, and most of it on video. Last year, YouTube said more than 95% of content consumption is in regional languages. So naturally, there's a lot of appetite for vernacular videos, but not all creators know all Indic languages. Last week, just after Parasite won the Oscar award, Mother Jones claimed dubbing is superior than translated subtitles.