This is an updated version. Turing Award Winner and Facebook Chief AI Scientist Yann LeCun has announced his exit from popular social networking platform Twitter after getting involved in a long and often acrimonious dispute regarding racial biases in AI. Unlike most other artificial intelligence researchers, LeCun has often aired his political views on social media platforms, and has previously engaged in public feuds with colleagues such as Gary Marcus. This time however LeCun's penchant for debate saw him run afoul of what he termed "the linguistic codes of modern social justice." It all started on June 20 with a tweet regarding the new Duke University PULSE AI photo recreation model that had depixelated a low-resolution input image of Barack Obama into a photo of a white male.

Hackers hijack more than 1,200 accounts in Roblox and flood it with Trump 2020 propaganda

Hackers have taken over more than 1,200 Roblox accounts, flooding the popular children's video game with Trump 2020 campaign propaganda. Initially, a handful of players reported that they were receiving strange messages in game supporting Donald Trump's reelection campaign, and later other players began noticing avatars wearing Trump-inspired apparel. This included donning red pants, a white shirt with an American flag and bald eagle graphic, and a red baseball cap with white lettering. In the'About' field of each hacked player's main profile page, the message'Ask your parents to vote for Trump this year!#MAGA2020' has replaced the original biographical information. 'Why is my avatar this?' one hacked player posted, according to a report from BBC'I'm not even American.'

10 Trends That Will Shape Recruitment in 2020

Recruiting industry expert Dea Wilson analyzes how innovation and social expertise will shape recruitment in 2020 through areas such as natural language processing, social media recruiting, and soft skills. The recruiting industry went through some major changes in recent years. New technologies and advanced hiring practices undoubtedly played a hand, and this disruption shows no signs of slowing as we enter the new decade. Let's see how innovation and social expertise will shape 2020 and beyond. Your HCM System controls the trinity of talent acquisition, management and optimization - and ultimately, multiple mission-critical performance outcomes.

I've lost track of the number of times I've heard someone say Timnit Gebru is saving the world recently. Her co-lead of AI ethics at Google, Margaret Mitchell, said it a few days ago when Gebru led events around race at Google. Gebru's work with Joy Buolamwini demonstrating race and gender bias in facial recognition is one of the reasons lawmakers in Congress want to prohibit federal government use of the technology. That landmark work also played a major role in Amazon, IBM, and Microsoft agreeing to halt or end facial recognition sales to police. Earlier this week, organizers of the Computer Vision and Pattern Recognition (CVPR) conference, one of the biggest AI research events in the world, took the unusual step of calling Gebru's CVPR tutorial illustrating how bias in AI goes far beyond data "required viewing for us all."

Twitter announced a new feature that encourages Android Twitter users to read an article before reading it. This raised suspicions that Twitter was tracking user clicks. The move is part of Twitter's stated goal to encourage "informed discussion." Often people share a link without reading the article. That results in click bait titles getting widely promoted regardless of the content.

A Face Depixelation Tool Is Sparking a Debate Over AI Bias

But it wasn't long after an independent programmer posted it to Twitter last week that other researchers started to notice a glaring flaw. When prompted with Barack Obama's blurry likeness, it returned a white man's face with little resemblance to the former president. An image of @BarackObama getting upsampled into a white guy is floating around because it illustrates racial bias in #MachineLearning. Just in case you think it isn't real, it is, I got the code working locally. Here is me, and here is @AOC.

Sophia is not AGI (Ben Goertzel)

Ben Goertzel is one of the most interesting minds in the artificial intelligence community. He is the founder of SingularityNET, designer of OpenCog AI framework, formerly a director of the Machine Intelligence Research Institute, Chief Scientist of Hanson Robotics, the company that created the Sophia Robot. He has been a central figure in the AGI community for many years, including in the Conference on Artificial General Intelligence. Subscribe to this YouTube channel or connect on: - Twitter: https://twitter.com/lexfridman 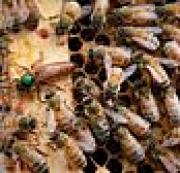 Tesla CEO Elon Musk is criticizing rivaling billionaire and Amazon CEO, Jeff Bezos, on Twitter after the e-tailing giant's splashy acquisition of a self-driving startup. In a tweet after the news, Musk called Bezos a'copy cat' for Amazon's decision to acquire Zoox, a self-driving technology company, for $1billion. 'Jeff Bezos is a copy [cat emoji] haha,' said Musk in the tweet which also linked a report from the Financial Times about Amazon's acquisition of Zoox. Musk's critical tweet no doubt references the CEO's own ventures with the electric vehicle company, Tesla, which has been making its own self-driving vehicles and software for some time. In addition to developing self-driving technology, Zoox, much like Tesla, also develops its own vehicles and aims to use those autonomous cars to let people order driverless rides from their phones.

I've lost track of the number of times I've heard somebody say recently that Timnit Gebru is saving the world. Her co-lead of AI ethics at Google, Margaret Mitchell, said that about her a few days ago when Gebru led some events at Google around race. Her work with Joy Buolamwini that found race and gender bias in facial recognition is in part why lawmakers in Congress want to prohibit federal government use of the technology. That work also played a major role in Amazon, IBM, and Microsoft agreeing to halt or end facial recognition sales to police. Earlier in the week, organizers of the Computer Vision and Pattern Recognition (CVPR) conference, one of the biggest AI research conferences in the world, took the unusual step of calling her CVPR tutorial about how bias in AI goes far beyond data "required viewing for us all."