As injured patients and consumer rights groups fight for tougher penalties on grossly negligent doctors, California's powerful physicians lobby is working hard behind the scenes to water down any proposed reforms. So far, the lobbyists seem to be winning. It gained fresh momentum this week in the wake of a Times investigation that found the Medical Board of California, which oversees physicians, has consistently allowed negligent doctors to keep practicing and harming patients: leaving them dead, paralyzed, brain-damaged and missing limbs. The board allowed some doctors to keep practicing even after accusing them of misleading patients -- and the board's own investigators -- to conceal significant medical errors. On Wednesday, Gov. Gavin Newsom, whose office is responsible for appointing most of the board members, refused to be interviewed about The Times' findings or to offer comment.

Being Progressive Shouldn't Mean Being Anti-Algorithm

Rep. Alexandria Ocasio-Cortez, speaking at an event in January 2019 honoring the legacy of Dr. Luther King, said, "Algorithms are still made by human beings, and those algorithms are still pegged to basic human assumptions. And if you don't fix the bias, then you are just automating the bias." Though her comments were correct--algorithms can indeed reflect and exhibit human bias--Rep. Ocasio-Cortez's framing of the intersection of algorithms and fairness highlighted an often-ignored issue in progressive politics. The political movement, defined in part by its commitment to social justice, is unsurprisingly critical of the potential for algorithms, particularly AI, to facilitate discrimination, yet seemingly pays little attention to the ways in which algorithms can actually reduce discrimination. 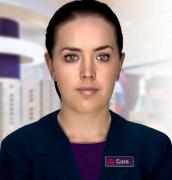 LONDON (Reuters) - A life-like avatar called Cora is being put through her paces by Royal Bank of Scotland (RBS.L), helping customers with basic queries and giving its digital banking drive a more human face.

Alan Turing and his machines - fresh insights into the enigma

It is fitting that the greatest code-breaker of World War Two remains a riddle a hundred years after his birth. Alan Turing, the brilliant, maverick mathematician, widely considered to be the father of computer science and artificial intelligence, invented an electromagnetic machine called the'bombe' which formed the basis for deciphering Germany's Enigma codes. The man himself has rather eluded definition: painted (too easily) as a nutty professor with a squeaky voice; as a quirky, haphazard character with a sloppy appearance by his mother and schoolmasters; by colleagues as a gruff, socially awkward man; and by his friends as an open-hearted, generous and gentle soul. The crucial contribution Turing made at Bletchley Park, one that has been credited with shortening the war by two years and saving countless lives, did not become public knowledge until twenty years after his death. His mother, brother and friends did not know until long after they'd mourned him, the extent of his heroism.