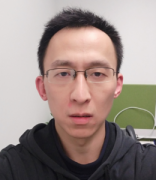 This article has been contributed by Lin Ma, Software Engineer and KVM Virtualization Specialist at SUSE. With this article, I would like to introduce you to my SUSE Hackweek 19 project. If you worked on similar projects or topics, or if you would like to exchange experiences, please feel free to reach out to me. As a Do-it-Yourself (DIY) enthusiast, I decided to have some fun during Hackweek with music and machine learning based on SUSE Linux Enterprise Server. Or, if you will, you could also think of my project as an Internet of Things (IoT) attempt based on SUSE products. 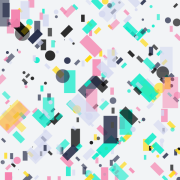 Music Transformer is an open source machine learning model from our research group that can generate long musical performances. We find it interesting to see what these models can and can't do, so we made an app to make it easier to explore and curate the model's output. If you listen to a bunch of samples, you'll probably find that most compositions (like a lot of fully AI-generated music) are nowhere near as good and interesting as what people compose. We just thought it would be fun to showcase the large spectrum of quality and musical style in the piano pieces that can be generated. We hope you'll enjoy listening and remixing them in your own music! 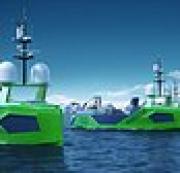 A bionic arm capable of handling eggs and playing the piano developed to mimic the human hand could'speed up the introduction of robots into our every day lives'. Developer Dr Hyunmin Do from the Korea Institute of Machinery and Materials says the incredibly dexterous hand is also able to pour water and handle scissors. The device consists of four fingers, each with three joints - making them as flexible as a human hand but with a stronger grip. It uses 12 motors to enable it to move in various directions and the grip can be changed depending on the item it is holding or manipulating. The team say it could be used in factories or industry and will allow robots to'physically interact with the world in a more meaningful way'.

The development of robots that can handle everyday objects with the subtle touch of a human being is a widely held goal among researchers in the field, who imagine the machines taking on new kinds of tasks across all kinds of industries. Scientists at the Korea Institute of Machinery & Materials are touting their newly unveiled robotic hand as the world's strongest, with an ability to handle objects three times its own weight but also to take on delicate tasks like playing a piano or serving a glass of water. The robotic hand was built to mimic both the dimensions and functions of a human hand, though it does so with one less finger. A driving unit embedded in the palm controls 12 motors and the movement of each of the four digits, with the number of joints totaling 16. This allows both the digits and joints to move independently of one another, and for the hand to grasp objects weighing more than 3 kg (6.6 lb) despite weighing just 1 kg (2.2 lb) itself.

What's the real end-game for AI music? Popgun's CEO has some ideas...

There isn't this place in the world where teenagers come together to make music for each other. That place does not exist, and that's nuts! That thing needs to exist, and it will exist. And getting the AI working is the price of admission to build that thing…" Stephen Phillips, CEO of Australian startup Popgun, thinks that the early business models in this sector – AI-music as a replacement for production music, for example – are just a sliver of the ultimate potential for this technology. What's more, his thoughts on how AI music might disrupt the current music industry are less about people choosing to listen to AI-made music instead of human-made music, but rather about people (non-musicians) using AI tools to make music for one another. "Where's the'pop stars on training wheels' place where they make music for each other, release it and watch each other pretend to be pop stars, but then go on to become legitimate pop stars?

Cleanly isolating vocals from drums, bass, piano, and other musical accompaniment is the dream of every mashup artist, karaoke fan, and producer. Commercial solutions exist, but can be expensive and unreliable. Techniques like phase cancellation have very mixed results. The engineering team behind streaming music service Deezer just open-sourced Spleeter, their audio separation library built on Python and TensorFlow that uses machine learning to quickly and freely separate music into stems. The team at @Deezer just released #Spleeter, a Python music source separation library with state-of-the-art pre-trained models!

Robots are usually associated with automation, science, and engineering. But can robots have other talents? If you play a melody to a robot, would it be able to comprehend it and come up with a musical response? Can it learn music, compose its own musical, compete with humans, and even surpass them? Could robots be the next Jonas Brothers, Imagine Dragons, or Mozart?

Artificial Intelligence: Your Mind & The Machine

Part of this exhibit will feature illusions. Some can fool people, and some can fool machines. Without full context, our brains cannot always make sense of images. Machines can see illusions we can't, but they can't see things we can! For example: without ears and a tail, a Chihuahua can easily look like a blueberry muffin!

AI can read your emotions. Should it?

It is early July, almost 30C outside, but Mihkel Jäätma is thinking about Christmas. In a co-working space in Soho, the 39-year-old founder and CEO of Realeyes, an "emotion AI" startup which uses eye-tracking and facial expression to analyse mood, scrolls through a list of 20 festive ads from 2018. He settles on The Boy and the Piano, the offering from John Lewis that tells the life story of Elton John backwards, from megastardom to the gift of a piano from his parents as a child, accompanied by his timeless heartstring-puller Your Song. The ad was well received, but Jäätma is clearly unconvinced. He hits play, and the ad starts, but this time two lines – one grey (negative reactions), the other red (positive) – are traced across the action.