Robot piloted by a ball of algae is powered by photosynthesis

A robot piloted by a ball of algae can swim through water and move around obstacles, powered only by photosynthesis. Neil Phillips at the University of the West of England, UK, and his colleagues wanted to build a robot with no electronic parts, meaning it wouldn't interfere with any electromagnetically sensitive measurement instruments. The team inserted a marimo, a ball of algae that forms naturally in freshwater currents, inside a 3D-printed plastic spherical shell equipped with vents.

Showcasing America's most promising young scientists and engineers, the Blavatnik Family Foundation and the New York Academy of Sciences today named 31 finalists for the world's largest unrestricted prize honoring early-career scientists and engineers. Three winners of the Blavatnik National Awards for Young Scientists – in life sciences, chemistry, and physical sciences and engineering – will be announced on July 20, each receiving $250,000 as a Blavatnik National Awards Laureate. The finalists, culled from 298 nominations by 157 United States research institutions across 38 states, have made trailblazing discoveries in wide-ranging fields, from the neuroscience of addiction to the development of gene-editing technologies, from designing next-generation battery storage to understanding the origins of photosynthesis, from making improvements in computer vision to pioneering new frontiers in polymer chemistry. Descriptions of the honorees' research are listed below. "Each day, young scientists tirelessly seek solutions to humanity's greatest challenges," said Len Blavatnik, founder and chairman of Access Industries, and head of the Blavatnik Family Foundation. "The Blavatnik Awards recognize this scientific brilliance and tenacity as we honor these 31 finalists. We congratulate them on their accomplishments and look forward to their continued, future discoveries and success." President and CEO of the New York Academy of Sciences Nicholas B. Dirks said: "Each year, it is a complete joy to see the very'best of the best' of American science represented by the Blavatnik National Awards Finalists."

Climate change: Some areas of the Amazon could actually BENEFIT from warmer temperatures

Warmer temperatures may benefit parts of the Amazon rainforest, suggesting that the tropical ecosystem may be more resistant to climate change than once thought. It had previously been thought that water stress brought on by global warming and the drying out of the soil and air would broadly harm the plants of the Amazon. This would lead to reduced photosynthesis -- the chemical process by which plants make food and absorb in carbon dioxide -- and help accelerate climate change. However, US researchers found that wetter areas of the world's largest rainforest actually grow leaves more efficient at photosynthesis when exposed to dry air. The team warned that there is a limit to this, however, and that excessively warm temperatures would still cause damage to even these resilient parts of the forest.

Researchers built AI technology that uses algae to fight climate change, and they're planning on releasing the design so anyone can build one

There are only a few ingredients needed for algae to take over: carbon dioxide, light, and water. The ancient microorganism is thriving thanks to record heat waves and fertilizers washed away into nearby waters. But what if a fourth ingredient -- artificial intelligence -- could transform the gooey sludge from a growing pest into a tool to fight climate change? A team of researchers at the AI technology company Hypergiant sees algae as a weapon that can be harnessed for our benefit. They recently built an AI-powered machine, the EOS bioreactor, that takes advantage of algae's ability to capture carbon dioxide through photosynthesis. 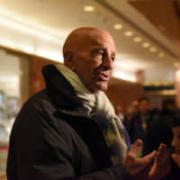 LONDON - In decades to come, African farmers may pool their money to buy small robot vehicles to weed their fields or drones that can hover to squirt a few drops of pesticide only where needed. Smartphones already allow farmers in remote areas to snap photos of sick plants, upload them and get a quick diagnosis, plus advice on treatment. Researchers also are trying to train crops like maize and wheat to produce their own nitrogen fertilizer from the air -- a trick soybeans and other legumes use -- and exploring how to make wheat and rice better at photosynthesis in very hot conditions. As warmer, wilder weather linked to climate change brings growing challenges for farmers across the globe -- and as they try to curb their own heat-trapping emissions -- a rush of innovation aimed at helping both rich and poor farmers is now converging in ways that could benefit them all, scientists say. In a hotter world, farmers share "the same problems, the same issues," said Svend Christensen, head of plant and environmental sciences at the University of Copenhagen.

A team of scientists has discovered the ideal wing shape for fast flight - opening up the possibility of harvesting more energy from water. The team, from New York University, conducted a series of tests on 3D-printed wings. Now, they claim their findings could offer improved methods for harvesting renewable energy from sources such as water. Leif Ristroph, an assistant professor at New York University's Courant Institute of Mathematical Sciences, explained how the wing shape was determined using a form of biological evolution. 'We can simulate evolution in the lab by generating a population of wings of different shapes,' he said.

Gas-guzzling cars may contribute to global warming, but designs for a new tyre made from moss may soon help them mitigate their impact. Goodyear has announced a concept wheel covering that will convert carbon dioxide (CO2) into oxygen, using the power of photosynthesis. Oxygene tyres will channel moisture from the road to the plants, which absorbs water up to 26 times their own weight. This will be used to keep the vegetation alive, allowing it to clean the air whilst in use - using only the sun as an energy source. The energy produced by the process will power on-board artificial intelligence and electronics, which will communicate with other vehicles at the speed of light.

Will artificial intelligence ever actually match up to the human brain?

And as artificial intelligence becomes more sophisticated, there will be fewer and fewer jobs that robots can't take care of--or so Elon Musk recently speculated. He suggested that we might have to give our own brains a boost to stay competitive in an AI-saturated job market. But if AI does steal your job, it won't be because scientists have built a brain better than yours. Most of the advances in artificial intelligence have been focused on solving particular kinds of problems. This narrow artificial intelligence is great at specific tasks like recommending songs on Pandora or analyzing how safe your driving habits are.

Will artificial intelligence ever actually match up to the human brain?

Today's artificial intelligence is certainly formidable. It can beat world champions at intricate games like chess and Go, or dominate at Jeopardy!. It can interpret heaps of data for us, guide driverless cars, respond to spoken commands, and track down the answers to your internet search queries. And as artificial intelligence becomes more sophisticated, there will be fewer and fewer jobs that robots can't take care of--or so Elon Musk recently speculated. He suggested that we might have to give our own brains a boost to stay competitive in an AI-saturated job market.