Kamala Harris' face has gone on QUITE the journey. On Wednesday night, Senator Harris and Vice President Mike Pence met up at the University of Utah in Salt Lake City to go head to head in the first and only vice presidential debate of the 2020 election, and over the course of the evening Harris flipped through an entire Rolodex worth of facial expressions. While listening to Pence respond to questions about everything from the coronavirus and healthcare to climate change and Trump's income taxes, she couldn't help but react to statements she disagreed with...which were pretty much all of them. She pulled out the side-eye, the stern Momala face, the "I'm tired of men not letting women speak" gaze, and the "Oh sweetie, no" smirk. Occasionally Harris had to outright laugh at Pence's comments, and she certainly didn't shy away from confronting him whenever he tried to interrupt her.

Establishing the precise timeline of a crime can be challenging as current analytical techniques used suffer from many limitations and are destructive to the body fluids encountered at crime scenes. Raman spectroscopy has demonstrated excellent potential in forensic science as it provides direct information about the structural and molecular changes without the need for processing or extracting samples. However, its current applicability is limited to pure body fluids, as signals from the substrate underlying these fluids greatly influence the current models used for age estimation. In this study, we utilized Raman spectroscopy to identify selective spectral markers that delineate the bloodstain age in the presence of interfering signals from the substrate. The pure bloodstains and the bloodstains on the substrate were aged for two weeks at 21 2 in the dark.

With launch of COVID-19 data hub, the White House issues a 'call to action' for AI researchers – TechCrunch

In a briefing on Monday, research leaders across tech, academia and the government joined the White House to announce an open data set full of scientific literature on the novel coronavirus. The COVID-19 Open Research Dataset, known as CORD-19, will also add relevant new research moving forward, compiling it into one centralized hub. The new data set is machine readable, making it easily parsed for machine learning purposes -- a key advantage according to researchers involved in the ambitious project. In a press conference, U.S. CTO Michael Kratsios called the new data set the "most extensive collection of machine readable coronavirus literature to date." Kratsios characterized the project as a "call to action" for the AI community, which can employ machine learning techniques to surface unique insights in the body of data.

A Commons committee was left baffled as video game executives appeared to deny making money from their own games, admit to ignoring regulations governing data protection and age restrictions, and claim ignorance over how much time their own users were spending on games. Representatives from Epic Games, makers of Fortnite: Battle Royale, and EA Games, the publisher of the Fifa series of football games, appeared as witnesses in front of the Commons Department for Digital, Culture, Media and Sport committee as part of its inquiry into immersive and addictive technologies. Both games have been the subject of intense scrutiny after reports of children spending an unhealthy amount of time and money on them, with Prince Harry making an unusual public attack on Fortnite in April: "That game shouldn't be allowed," he said. "It's created to addict, an addiction to keep you in front of a computer for as long as possible. But rather than address the concerns directly, both companies flatly denied that there was a problem, even while admitting that they did not collect the data required to answer many of the committee's questions. When presented with Harry's remarks, Epic's general counsel, Canon Pence, said they "couldn't be further from the truth about our ethics and design philosophy". He added: "It's always been our effort and intent to create a fun, fair, flexible, engaging and generous form of interactive entertainment. 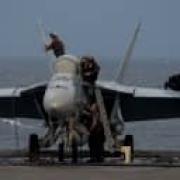 Results of last week's U.S. midterm elections were mixed, leaving a chasm in the U.S. political landscape. The Republicans not only retained control of the Senate, but also gained more seats. The Democrats, meanwhile, took back the House of Representatives. But in terms of American foreign policy, a veteran New York Times columnist who was recently in Japan says that the election results are unlikely to affect President Donald Trump so much, and that he is likely to keep challenging Japan and China -- especially on trade issues. I don't think much will change regarding trade.

With this in mind I have decided to do another of what is becoming a biannual roundup of new businesses to keep an eye out for.

Tillerson pushes for stronger ties with India while chiding China

WASHINGTON – Secretary of State Rex Tillerson called Wednesday for the U.S. and India to expand strategic ties. He also pointedly criticized China, which he accused of challenging international norms needed for global stability.

After receiving more than 18,300 applications, NASA has finally announced its new class of astronauts – some of whom could move on to deep-space missions aboard the Orion spacecraft. The space agency introduced 12 men and women today on stage at the Johnson Space Center in Houston, during an event that was attended by Vice President Mike Pence. Vice President Pence wished'Godspeed' to the new class, and revealed the Trump administration will be reopening the National Space Council, with Pence as a chair, in efforts to'ensure that America will never again lose our lead in space exploration and space innovation technology.' The lineup includes: Kayla Barron, Zena Cardon, Raja Chari, Matthew Dominick, Bob Hines, Dr Warren'Woody' Hoburg, Jonny Kim, Robb Kulin, Jasmin Moghbeli, Loral O'Hara, Dr Frank Rubio, Jessica Watkins The chosen few will undergo two years of training, after which they will be assigned to various missions, including research on the International Space Station, launches aboard commercial spacecraft, and even deep-space exploration. After brief introductions from Johnson Center Director Ellen Ochoa and the showing of a video from current astronauts welcoming the newcomers, Flight Operations Director Brian Kelly introduced the new candidates one by one, in alphabetical order.