Model training has been and will be in the foreseeable future one of the most frustrating things machine learning developers face. It takes quite a long time and people can't really do anything about it. If you have the luxury (especially at this moment of time) of having multiple GPUs, you are likely to find Distributed Data Parallel (DDP) helpful in terms of model training. DDP performs model training across multiple GPUs, in a transparent fashion. You can have multiple GPUs on a single machine, or multiple machines separately. 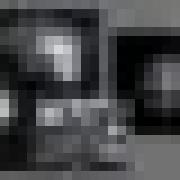 Over the last couple of years, operating system Linux has emerged as a significant player in the software space. What makes Linux so popular is its open-source software licensing model. This means users can download Linux from the internet and redistribute it under GNU licensing. Additionally, it offers advantages over other operating systems in terms of security, flexibility and scalability. A Linux distribution, often referred to as Linux distro, is an open-source Linux operating system packaged with components including installation programmes, management tools and additional softwares. 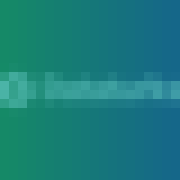 Natural Language Processing (NLP), a tech wizard, is the part of data science that teaches computers to comprehend human languages. It involves the analysis of data to extract meaningful insights. Of its many uses, the main ones include text mining, text classification, text and sentiment analysis, and speech generation and recognition. Today, we explore seven top Python NLP libraries. Using these libraries will enable one to build end-to-end NLP solutions -- from getting data for one's model to presenting the results. Additionally, one will learn about related concepts such as tokenisation, stemming, semantic reasoning and more.

Ubuntu 21.04 makes a play for the enterprise desktop

If you're reading this chances are you're fond of Ubuntu too. Besides hardcore Linux desktop fans, Ubuntu's also a hit with serious artificial intelligence (AI) and machine learning (ML) developers. But you know where Ubuntu hasn't had much luck in finding users? In the corporate world where Windows still rules supreme. One reason for that is most enterprises rely on Microsoft Active Directory (AD) to manage users and connect them with network resources.

The first line star imports the vision module from the Fastai library. It imports numerous functions like functions that are named after models (which creates the models) and functions that are named after evaluation metrics (which are passed as arguments to functions to modify the output). The second line stores the path to the directory for the pets dataset in the path variable. The third line defines the label function that's used to create the labels for the dataset. It labels an image as a cat based on whether the first letter in the file name is uppercase (which was decided by the dataset creator). It would also use different steps to extract the labels from a different dataset.

Hardware performance counters (HPCs) that measure low-level architectural and microarchitectural events provide dynamic contextual information about the state of the system. However, HPC measurements are error-prone due to non determinism (e.g., undercounting due to event multiplexing, or OS interrupt-handling behaviors). In this paper, we present BayesPerf, a system for quantifying uncertainty in HPC measurements by using a domain-driven Bayesian model that captures microarchitectural relationships between HPCs to jointly infer their values as probability distributions. We provide the design and implementation of an accelerator that allows for low-latency and low-power inference of the BayesPerf model for x86 and ppc64 CPUs. BayesPerf reduces the average error in HPC measurements from 40.1% to 7.6% when events are being multiplexed. The value of BayesPerf in real-time decision-making is illustrated with a simple example of scheduling of PCIe transfers.

Kali Linux hands-on: A look at the installation options

Anyone involved in or even significantly interested in cybersecurity has probably heard of Kali Linux. Since its early days as BackTrack, it has been considered the standard in penetration testing and security analysis platforms. In my opinion, it also happens to be one of the best Debian GNU/Linux distributions available. SEE: An IT pro's guide to robotic process automation (free PDF) (TechRepublic) It is based on Debian stable (currently 10/buster), but with a much more current Linux kernel (currently 5.9 in Kali, compared to 4.19 in Debian stable and 5.10 in Debian testing). Kali is available for installation in a number of different formats, for a number of different systems, and that variety can sometimes be a bit intimidating.

Machine Learning Dev Box on Windows 10: HOW TO

Windows 10 version 2004 and on contains something called WSL 2.0, which is an actual lightweight Virtual Machine (VM). Before we talk about what the heck WSL 2.0 is, however, it would be nice to understand a bit about what WSL 1.0 is. WSL 1.0 is Window's answer to something called Cygwin. Cygwin was popular on older versions of Windows for developers who needed or wanted Linux-related tools and a bash shell (a GUI could be added after jumping through a few hoops, though, but unless you had nice hardware the GUI would've been pretty slow -- my experience a bit buggy, too). The suits and ties at Microsoft haven't given the go ahead for WSL 2.0 to support the Linux GUI …OR… the devs are running behind but the good folks at Kali solved it.

Why is Python still a Huge Hit among Data Scientists?

What makes Python a top choice in the Data Science community? Python has become the most used programming language for data science practices. Developed by Guido van Rossum and launched in 1991, it is an interactive and object-oriented programming language similar to PERL or Ruby. Its inherent readability, simplicity, clean visual layout, less syntactic exceptions, greater string manipulation, ideal scripting, and rapid application, an apt fit for many platforms, make it so popular among data scientists. This programming language has a plethora of libraries (e.g., TensorFlow, Scipy, and Numpy); hence Python becomes easier to perform multiple additional tasks.