LOUISVILLE – Even after Kentucky High School Athletic Association Commissioner Julian Tackett sent out an email notifying school officials that esports teams may not participate in the video game "Fortnite," there was nothing to be done among schools here. That's because "Fortnite," an online video game developed by Epic Games and released in 2017, was never included among the games played by Kentucky students in high school competitions. "Fortnite" is a third-person shooter game that doesn't include any blood, injuries or dead bodies, but nevertheless was given a Teen rating for violence by the Entertainment Software Rating Board. Epic Games and PlayVS, a software company that provides a platform for competitive esports, last week announced last Wednesday a partnership to introduce a competitive league for "Fortnite" across high schools and colleges. "There is no place for shooter games in our schools," Tackett said, adding that the KHSAA and the National Federation of State High School Associations had no knowledge that "Fortnite" was being added as part of the competition platform and are "strongly against it." 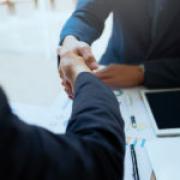 Artificial intelligence is coming for America's high-paid professions as it creates winners and losers across the labor market like never before. White-collar jobs and better-educated occupations along with production workers are among the most susceptible to AI's spread into the economy, according to a Brookings Institution report Wednesday that draws on a new analysis of patent data by Stanford University graduate student Michael Webb. "Webb's modeling suggests that just as the impacts of robotics and software tend to be sizable and negative on exposed middle- and low-skill occupations, so AI's inroads are projected to negatively impact higher-skill occupations," researchers Mark Muro, Jacob Whiton and Robert Maxim wrote, noting that their analysis shows potential impacts can be both positive and negative. Workers with graduate or professional degrees will be almost four times as exposed to AI as workers with just a high school degree, the report showed. The researchers also concluded that AI appears most likely to affect men, prime-age and white and Asian American workers.

Scientists from the University of Kentucky say they're working to perfect a technique to digitally unravel fragile ancient texts that haven't been read in nearly 2,000 years. W. Brent Seales, who heads the University of Kentucky's Digital Restoration Initiative, told CNN he and his research team just returned from a trip to England where they took detailed images of the scrolls from the ancient Roman city of Herculaneum, using a facility called a synchotron. This synchotron, the Diamond Light Source, accelerates electrons to nearly the speed of light, so that they emit light 10 billion times brighter than the sun. The synchotron tunes energy to be "very focused, like a laser," Seales said. "The waves go right through very quickly."

AI Weekly: Alexandria Ocasio-Cortez, Marc Benioff, and the future of the world

This week at the World Economic Forum (WEF), an annual gathering that put tech executives at the same table as far-right Brazilian president Jair Bolsonaro, Salesforce CEO Marc Benioff called San Francisco the canary in the coal mine. "San Francisco is kind of a train wreck; we have a real inequality problem," he said. Benioff and Salesforce, which has the largest skyscraper on the San Francisco skyline, led the Prop C campaign, a $300 million business tax aimed at reducing homelessness in San Francisco that is currently held up in court. Benioff also asserted at the gathering in Davos, Switzerland that artificial intelligence is "a new human right" that all people deserve. "Those who have the artificial intelligence will be smarter, will be healthier, will be richer, and of course, you've seen their warfare will be significantly more advanced," he said.

Kentucky Is Turning to Drones to Fix Its Unsolved-Murder Crisis

Keith Allen Bledsoe, the sixth teenage homicide victim in Lexington, Kentucky, this year, died as the other five had: by gunshot. On June 26, Lexington police found the 17-year-old Bledsoe's body in the streets of Harris Court, a cul-de-sac near I-64. If confrontation or argument had preceded Bledsoe's murder, none of the neighbors reported hearing it to police. If they heard gunshots, seemingly no one peered outside to investigate them. Officers reported no suspects or relevant witnesses, only shell casings and the gunshot wound to Bledsoe's head.

Every year, tens of thousands of the brightest engineering minds from middle schools, high schools, and universities in 45 countries enter a massive tournament known as the VEX Robotics Competition. Comprising more than 900 individual robotics tournaments worldwide, the competition pits teams against one another in a skills-based slugfest to determine who can build the best robot for a prescribed set of tasks. It all culminates in the world championships, which just wrapped up in Louisville, Kentucky. Out of more than 11,000 teams to participate in the overall competition, 1,600 of them (accounting for 30,000 overall students from 30 nations) were selected to make the trip to Louisville. A handful walked away with top honors.

The Tar Heels (11-2) were coming off last weekend's win at No. 21 Tennessee when they turned in a clunker of a performance against the Terriers, from being sloppy with the ball to struggling for consistent defensive stops and offensive flow. It was a performance that left coach Roy Williams criticizing "bad movement, bad defense, bad coaching" for a team he described as "fat and happy" -- and it overshadowed the good news that Pittsburgh graduate transfer Cameron Johnson finally made his season debut after missing the first 11 games because of injuries.

Artificial intelligence is now part of our daily life. Are we too dependent on it?

I don't know if this has ever happened to you, but trust me, if you rely on your phone to help you navigate, it just might someday. My wife and I were en route from Raleigh to St. Louis, having enjoyed crossing the Smokies and the Cumberlands and just coming up on Paducah, Kentucky. Having been routed around a massive traffic jam in Knoxville by my phone, I was much pleased with it, and so listened carefully when it described a similar problem ahead in Paducah. The result: Following my phone's directions, I pulled off the interstate and began taking a series of roads through Paducah, just as I had done in Knoxville. My phone kept sending me down smaller and smaller roads, and soon we were out in the country, presumably bypassing the massive interstate jam ahead.

Verily partnered with MosquitoMate, a Kentucky-based sterile mosquito breeder, and Fresno's local authority, the Consolidated Mosquito Abatement District, to release a million insects a week through the end of 2017. His team used a sieve-like device to sort the sexes by size in their pupal stage, and then gave each mosquito another look under a microscope before shipping them from Kentucky to California, where district officials released the bugs by hand, shaking them out of cardboard tubes. If this summer's trial proves effective, Mulligan and Dobson hope they could expand to other places in California and wipe out the existing pockets of Aedes aegypti before they become a permanent feature of the landscape. Its ultimate goal is to be able to make more mosquito factories, ready to ship all over the world whenever a new mosquito-borne disease strikes.

Can Villanova repeat as national champs? Is this finally Gonzaga's year? How far will Northwestern go? If you really want help with your NCAA Men's Basketball Championship bracket, go ask Bing. The folks at the Microsoft search engine say they use "intelligent machine-learning technology to analyze social and search signals" in making their March Madness bracket a better bet than the one filled out by your kid.