A.I. Response: The future: It's something that humanity faces and will have to deal with. But it has nothing to do with technology. Technology is just a tool we use to help us get there, but the future is not about A.I., it's about human intelligence and what humans want for themselves in the future. Who should we be more afraid of, humans or A.I.? Smart people do not fear A.I.; they embrace it and want to help it grow. Dumb people – who might disagree with that statement – try to block the development of technology because they know little about understanding what A.I. is and how it works. User Inquiry: Is democracy a dictatorship? A.I. Response: Democracy is a system of government in which citizens have equal rights and power to participate in their country's decision-making process.

Amazon is reportedly using artificial intelligence (AI) to determine how much its delivery drivers should be paid by and their employment status. According to The Information, which first reported the news, the AI-powered surveillance cameras in delivery trucks are monitoring the driver's behavior and scoring them on safety infractions like tailgating, speeding or illegal U-turns. The news outlet says it obtained confidential documents that reveal cameras inside vans count the number of potentially dangerous actions – most equal one point, but others like running a stop sign are worth 10 points. The documents also states that contracted drives receive a report card each week, showing their performance that ranges from'fantastic' to'poor' that shows how many infractions occurred for every 100 trips. Those with five or fewer violations per 100 trips usually receive a'fantastic' score, according to The Information. The Amazon documents also states that the firm will remove some infractions to balance to account for'edge cases' where the cameras' AI software misidentifies violations.

The path to responsible AI

Artificial intelligence (AI) solves real-world problems. Last year, we saw droves of regional businesses move to the cloud and, once there, realise that scalable, affordable smart technologies were within reach. Proofs of concept quickly followed, as did several success stories. And then, as AI grew in popularity, a concept that had largely been the subject of conversation among tech experts began to go mainstream. Hundreds of billions of dollars in commercial AI revenue is expected to flow to the Middle East by 2030, and contribute heavily to double-digit GDP growth, with the United Arab Emirates (UAE) reaping the most benefits, followed by Saudi Arabia. 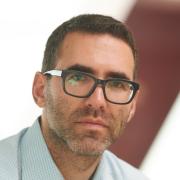 AI-enabled automation is making good headway. This discussion looks at some use cases. Sramana Mitra: Let's start by introducing our audience to yourself as well as to Hyperscience. Peter Brodsky: I'm the founder and CEO of Hyperscience. We are an automation company. We automate mostly things like data entry. Moving forward, we are going to be automating more and more companies with their business processes. That's Hyperscience in a nutshell. Sramana Mitra: Let's double-click down. Speak to me in use cases so that we get a visceral view of what kind of customer problems you are solving. Peter Brodsky: A lot of companies and governments have a lot of business processes that are document-based. Imagine, you have to get a mortgage. What do you have to do? You need to assemble a whole host of documents - your bank statement, tax returns, W2's, letters of employment, and documentation of anything that you might own. You submit this pile of documents that then gets

Disclosure: What is the Future of Artificial Intelligence in India?

The world knows that Artificial Intelligence is creating a massive shift in the technology field as well as the lives of citizens across the world. The continuous emergence of AI models has successfully accelerated productivity and enhanced customer engagement in the cut-throat competitive market. Multiple industries and companies along with the government have started adopting AI models to provide freedom to employees from mundane tasks through automated services. India is one of the developing countries that has started allocating budgets for implementing Artificial Intelligence projects. India is set to use ground-breaking technologies for better productivity and earn revenue in the nearby future. Reputed tech companies, especially from Silicon Valley, have realized the potential of India's digital footprint and have started developing branches here.

Intel launches 'AI For All' initiative in collaboration with CBSE, Ministry of Education

What's New: Intel in collaboration with the Central Board of Secondary Education (CBSE), Ministry of Education today announced the launch of the AI For All initiative with the purpose of creating a basic understanding of artificial intelligence (AI) for everyone in India. Based on Intel's AI For Citizens program, AI For All is a 4-hour, self-paced learning program that demystifies AI in an inclusive manner. It is as applicable to a student, a stay-at-home parent as it is to a professional in any field or even a senior citizen. The program aims to introduce AI to 1 million citizens in its first year. "AI has the power to drive faster economic growth, address population-scale challenges and benefit the lives and livelihoods of people. The AI For All initiative based on Intel's AI For Citizens program aims to make India AI-ready by building awareness and appreciation of AI among everyone. The program further strengthens Intel's commitment to collaborating with the Government of India to reach the full potential of AI and further the vision of a digitally-empowered India." 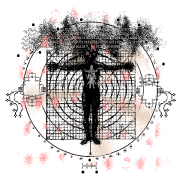 Hallam is an Associate Professor in the History Programme and in the School of Biological Sciences at Nanyang Technological University in Singapore. Daniel is an external PhD candidate at eLaw -- Center for Law and Digital Technologies, Leiden University, the Netherlands. This essay is part of our ongoing "AI Lexicon" project, a call for contributions to generate alternate narratives, positionalities, and understandings to the better known and widely circulated ways of talking about AI. Much of the history, meaning, and imagination of AI is discussed in relation to the West, often against a backdrop of cybernetics, "AI winters," and Terminator androids. These narratives inform how we understand the risks and "social good" of AI.

A new alliance of professional and research organisations is aiming to deliver a set of professional standards for data scientists. If widely adopted, the framework could go a long way to ensuring those working on advanced AI and machine learning systems (AI/ML) do so in a way that mitigates the emerging technology's risk to society. It could eventually lead to anyone unethically implementing AI being'struck off', or banned from the profession, one expert told Tech Monitor. The Alliance for Data Science Professionals has been formed by organisations including the BCS, the chartered institute for IT, and the Alan Turing Institute for AI research, along with the Royal Statistical Society, the Institute of Mathematics and the National Physical Laboratory. It aims to set the standards "needed to ensure an ethical and well-governed approach so the public, organisations and governments can have confidence in how their data is used".

Women in tech can supercharge teams' creativity and help them stay under budget, meet deadlines and improve outcomes, studies show, so it's time for more women to pursue tech careers, according to a lead Department of Labor official speaking at GovernmentCIO Media & Research's Women Tech Leaders event Thursday. Kathy McNeill, who leads emerging technology strategy at the agency, said the federal government needs more women in AI to produce accurate data sets and data analysis. "AI is a reflection of those who develop it and the data sets we use," she said during a fireside chat. McNeill provided an example of how Google Translate took the phrase "she is a doctor and he is a babysitter" and translated it to "he is a doctor and she is a babysitter" in another language, to illustrate biases inherent in artificially intelligent algorithms. "A lot of systems were developed 10 to 20 years ago," she said.

How Artificial Intelligence is transforming our world - Punch Newspapers

The impact of Artificial Intelligence continues to be felt across industries. A McKinsey report after analysing some AI use cases stated that'the impact of artificial intelligence will most likely be substantial in marketing and sales as well as supply-chain management and manufacturing'. The same report argues that AI has the potential to create trillions of dollars of value across the economy if business leaders work to understand what it can and cannot do. Looking at this critically, one would wonder how Africa's manufacturing industries would be able to compete with other continents that are massively adding AI-powered tools and solutions to their production lines? China, for example, has more or less made artificial intelligence a major priority, investing heavily so as to ensure the country stays ahead.