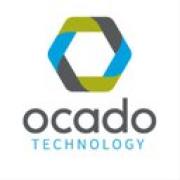 "Ocado Technology, powering the future of retail through sustained disruptive technology innovation..." Ocado Technology is putting the world's retailers online using the cloud, robotics, AI, and IoT. We develop the innovative software and systems that power Ocado.com, the world's largest online-only grocery retailer as well as the global'Ocado Smart Platform'. With everything from websites to fully autonomous warehouse that we design in-house, our employees need to be specialists in a wide range of technologies to help drive our business. We champion a value-led culture to get our teams working at their very best and to help create a collaborative working environment that our people love. Core values of Trust, Autonomy, Craftsmanship, Collaboration and Learn Fast help drive our innovative culture.

How the AI Revolution Impacted Chess (2/2)

In 2019, Dubov introduced many new ideas in a rare variation of the Tarrasch Defense, which quickly attracted attention at the top level. Several of the world's best players have tried it, including Carlsen who employed it successfully in the 2019 World Rapid and Blitz Championships. Dubov's double-edged opening system is based around concepts that are suggested by the newer engines, including early h-pawn advances and pawn sacrifices for the initiative. Note that both game annotations are based on work I did for my book, The AI Revolution in Chess. At the top level these days, everyone uses neural network (or hybrid) engines.

AI, ML bubble to the top in new beverage-ordering solution

Did you miss a session from the Future of Work Summit? How your bottle of beer found its way into the fridge when you sat down last weekend to watch a football or basketball game on TV is hardly of consequence when you're looking to relax. What you know is that you picked up a six-pack at your local market, but the circuitous route it traveled and the IT used to activate the supply chain before you popped off the top will enlighten you. Anheuser-Busch InBev SA/NV, commonly known as AB InBev, is a multinational drink and brewing company based in Leuven, Belgium. The original InBev global brands are Budweiser, Corona, and Stella Artois.

How the AI Revolution Impacted Chess (1/2)

The wave of neural network engines that AlphaZero inspired have impacted chess preparation, opening theory, and middlegame concepts. We can see this impact most clearly at the elite level because top grandmasters prepare openings and get ideas by working with modern engines. For instance, Carlsen cited AlphaZero as a source of inspiration for his remarkable play in 2019. Neural network engines like AlphaZero learn from experience by developing patterns through numerous games against itself (known as self-play reinforcement learning) and understanding which ideas work well in different types of positions. This pattern recognition ability suggests that they are especially strong in openings and strategic middlegames where long-term factors must be assessed accurately. In these areas of chess, their experience allows them to steer the game towards positions that provide relatively high probabilities of winning.

AI Researcher, Cognitive Technologist Inventor - AI Thinking, Think Chain Innovator - AIOT, XAI, Autonomous Cars, IIOT Founder Fisheyebox Spatial Computing Savant, Transformative Leader, Industry X.0 Practitioner How To Modeling Causality for Real #AI? Causality is represented mathematically via Structural Causal Models (SCMs), with two key elements, a graph and a set of equations. The golden standard causal graph, C E, R, is a Bidirected Cyclic Multi-Graph or Causal Loop-Graph Network (BCG/CGN), where entity-vertices E (circles, nodes, points) in a causal BCG represent variables and edges R (arrows, links, ties, arcs, lines) represent causation, direct or inverse. It is strongly connected containing a directed path from x to y (and from y to x) for every pair of vertices (x, y), while having circuits or loops, that is, arcs that directly connect nodes with themselves, and multiple arrows with the same source and target nodes, thus covering all possible directed graphs as a Directed Acyclic Graphs (DAG) or weighted directed graphs/networks. The set of equations is a Structural Equation Model (SEM), showing the causal connections and the details of the relationship. SEMs represent all possible interrelationships between or among variables.

Facebook chief executive Mark Zuckerberg might have popularized this word/term'metaverse' but for sure he wasn't the first to think about it. In a Metaverse its anticipated that - humans as avatars interact with each other and software agents, in a 3D virtual space that uses the metaphor of the real world -- really WoW -- by when can we see this in production? The future of the internet: A massively-scaled, persistent, interactive, and interoperable real-time platform comprised of interconnected virtual worlds where people can socialize, work, transact, play, and create. The Metaverse is the distant evolution of Web3. In its most complete form, it will be a series of decentralized, interconnected virtual worlds with a fully functioning economy where people can do just about anything they can do in the physical world.

AI Researcher, Cognitive Technologist Inventor - AI Thinking, Think Chain Innovator - AIOT, XAI, Autonomous Cars, IIOT Founder Fisheyebox Spatial Computing Savant, Transformative Leader, Industry X.0 Practitioner How to Create Causality of Machine Intelligence and Learning? Causation, and its powers and forces, processes and mechanisms, physical and mental, social and technological, is the engine of the world (as the positive and negative gravity, or dark energy, for the oscillating universe). Causal reasoning is the driving force of human mind/intelligence/intellect; for real causal mechanisms defines all the world's knowledge. The two opposing types of theories of causation, The Humean idealist theory (causation as regularities & invariants & patterns) the causal realist theory (causation as causal mechanism, causal processes, causal interactions, and causal laws, providing the mechanisms by which the world changes and machine works and human acts; to understand why something ever changes or events happen, we need to see how they are produced by these mechanisms). The Hume's theory holds that causation is entirely constituted by facts about empirical regularities among observable variables; there is no underlying causal nature, causal power, or causal necessity.

The autonomous tractor is a version of Deere's existing 8R series machine, the largest of which has 410 horsepower. Current 8R users can upgrade their tractors with the autonomous driving system. The Deere tractor, unveiled at the CES 2022 tech conference in Las Vegas, isn't the world's first autonomous tractor. Smaller autonomous tractors are being used in specialty-crop farms. The application of the technology to larger vehicles is just getting started and promises to be highly consequential, according to Aron Cory, research manager for world-wide agriculture at International Data Corp. "The move from conventional tractors to autonomous tractors is going to be comparable from the move from horses to the combustion engine," he said.

Creating native ads sounds like a simple, straightforward task. That's not until you are required to produce them on a large-scale basis with speed, consistency, timeliness, and variations. Leveraging on Knorex proprietary AI engine, KAIROS; producing ads can now be faster and easier than ever. KAIROS analyzes the destination URL provided and generates five variations of ads with different creatives, headlines, and body texts within seconds. Marketers get to select the ones that best fit their ad campaign while retaining the flexibility to tweak them further.

Creating native ads sounds like a simple, straightforward task. That's not until you are required to produce them on a large-scale basis with speed, consistency, timeliness, and variations. Leveraging on Knorex proprietary AI engine, KAIROS; producing ads can now be faster and easier than ever. KAIROS analyzes the destination URL provided and generates five variations of ads with different creatives, headlines, and body texts within seconds. Marketers get to select the ones that best fit their ad campaign while retaining the flexibility to tweak them further.