For many of us, artificial intelligence seems like a distant future where robots will take over our jobs. In reality, AI is already everywhere and many Shopify apps have turned to AI and specifically machine learning to help you work with your data in several different ways. There are currently less than 100 Shopify apps that employ the use of AI for different types of tasks you might need help with from product recommendations to SEO, video creation, and email marketing. We've had an in-depth look at all AI-driven Shopify apps to select 8 of the best ones, each for a different need. Disclaimer: Remember that not all of these artificial intelligence apps will be compatible with your store's settings and theme.

Massachusetts State Police (MSP) has been quietly testing ways to use the four-legged Boston Dynamics robot known as Spot, according to new documents obtained by the American Civil Liberties Union of Massachusetts. And while Spot isn't equipped with a weapon just yet, the documents provide a terrifying peek at our RoboCop future. This browser does not support the video element. The Spot robot, which was officially made available for lease to businesses last month, has been in use by MSP since at least April 2019 and has engaged in at least two police "incidents," though it's not clear what those incidents may have been. It's also not clear whether the robots were being operated by a human controller or how much autonomous action the robots are allowed.

Which provide a tremendous amount of data. Thus, the analysis of this data aims to provide; useful insights, suggesting conclusions, and supporting decision-making. Consequently, handling this amount of data is a quite difficult task due to the limitation of the computational capacities. Therefore, parallel computing techniques are needful to deal with these issues. Therefore, a remarkable advancement in automation revealed recently which can be expressed by two major factors; powerful and cheaper hardware materials such sensors and processors and the most important is the decisions makers believe of it's capabilities to improve businesses.

With a large percentage of the global workforce based remotely for the foreseeable future, more business than ever is being conducted over email. And while this modern convenience has been critical to the continued operation of many businesses in the current health crisis, it has also presented those businesses with new data security challenges. The unfamiliar environment of remote work -- not to mention its potential distractions, like children and pets -- leaves employees more vulnerable to misdirected emails and other mistakes that can lead to accidental data breaches. Scams aimed at both individuals and organizations (even healthcare facilities on the front lines of the pandemic have not been immune to their efforts) have also risen, attempting to capitalize on the situation. Accidental breaches are notoriously difficult to combat because they can be caused by something as simple as a typo in an email address.

Microsoft's Cortana-powered consumer speakers are dead. Long live...Cortana powered Teams speakers? During a Microsoft Ignite keynote by Jared Spataro, the vice president of Microsoft 365, Microsoft showed off a demonstration room powered by some of its latest hardware, including the 85-inch Surface Hub 2S, plus companion devices like Teams Rooms, which are third-party bundles of cameras and small displays for facilitating meetings. Microsoft's idea is that the Teams Rooms devices will manage the meetings, with voice assistance using Cortana, and capabilities like Teams casting and the Room remote app for facilitating conferences. One of the key capabilities of the Microsoft Teams software is its ability to listen to, record, and transcribe the conversation.

One thing I have heard a lot recently is the increased difficulty in getting heard above all the digital noise. This is in part because Covid-19 accelerated the digital journey of many companies. However, now there is so much digital marketing from pharmaceutical companies that the competition to get to the physician and the patient has intensified dramatically. I don't know about you, but I have so many webinars that I would love to attend but there just isn't enough time in the day. Pre-Covid, there were nowhere near as many and I could make time to attend the ones of interest as they were few and far between.

Outlook for iOS and Android is getting better voice controls

As part of the slew of news from its Ignite conference today, Microsoft announced some changes coming to its Outlook app for iOS and Android. Voice controls are getting expanded so you can dictate short emails or call a contact from the app, in addition to being able to speak search terms as you could do before. You'll also see suggested replies in emails where Microsoft detects a request for a meeting. In the latter, Outlook will offer options for you to send your availability or schedule a meeting to create a new event on your calendar. Those on Android will also get new actionable notifications so you can reply, archive or delete an incoming message when an alert comes in.

A Cortana-powered Daily Briefing hits your Outlook email this month

Two intriguing functions in Microsoft Outlook, Play My Emails and the Daily Briefing, are scheduled to receive updates that add new Cortana-powered AI to functions that go far beyond just email. Microsoft's AI assistant, Cortana, has moved from being an integral part of Windows to more of an assistive technology. Outlook has been the main beneficiary, however, new Cortana-powered intelligence is coming to Teams, and to the Cortana app within Windows 10 as well. One of the problems with Microsoft's parade of new features is simply keeping track of the timeline. The Daily Briefing functionality debuted in preview mode a year ago, but at the Microsoft Ignite conference it's now becoming officially available for Microsoft 365 users with Exchange Online mailboxes. 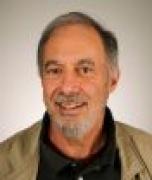 The time you spend writing emails could be cut drastically. A college student has launched a Long Island artificial intelligence startup that writes emails automatically from a few fragmentary notes. Matt Shumer, 20, who launched Melville-based OthersideAI Inc. in July, is beta-testing the software as a Chrome browser extension for users of the Google Gmail service. Versions for Microsoft Corp.'s Outlook and other email clients are planned, said Shumer, who is the company's chief executive. OthersideAI's Quick Response software can reduce time spent on emails by 75% by learning the way "a user thinks and responds," the company said.

Many people imagine that data science is mostly machine learning and that data scientists mostly build and train and tweak machine-learning models all day long. In fact, data science is mostly turning business problems into data problems and collecting data and understanding data and cleaning data and formatting data, after which machine learning is almost an afterthought. Even so, it's an interesting and essential afterthought that you pretty much have to know about in order to do data science. Before we can talk about machine learning we need to talk about models. It's simply a specification of a mathematical (or probabilistic) relationship that exists between different variables.