Recommending priorities for future cooperation, particularly in R&D areas where each partner shares strong common interest (e.g., interdisciplinary research and intelligent systems) and brings complementary challenges, regulatory or cultural considerations, or expertise to the partnerships; Promoting research and development in AI, focusing on challenging technical issues, and protecting against efforts to adopt and apply these technologies in the service of authoritarianism and repression. We intend to establish a bilateral Government-to-Government dialogue on the areas identified in this vision and explore an AI R&D ecosystem that promotes the mutual wellbeing, prosperity, and security of present and future generations. Signed in London and Washington on 25 September 2020, in two originals, in the English language.

The following declaration was released by the Governments of the United States of America and the United Kingdom of Great Britain and Northern Ireland during the September 25 inaugural meeting of the Special Relationship Economic Working Group. We intend to establish a bilateral government-to-government dialogue on the areas identified in this vision and explore an AI R&D ecosystem that promotes the mutual wellbeing, prosperity, and security of present and future generations. Signed in London and Washington on September 25, 2020, in two originals, in the English language.

Artificial intelligence has been vital in controlling the spread of the coronavirus in the Arabian Gulf, a health conference has been told. Technology has forecast the pandemic's development and informed residents when they have been in contact with infected individuals, the Riyadh Global Digital Health Summit heard. The summit was also told that the rapid growth in telemedicine – such as video or telephone consultations – is not likely to be reversed when the pandemic is over. However, experts cautioned that organisations were not doing enough to share vital data that could save lives and certain ethical concerns about the use of data had not been resolved. Dr Esam Al Wagait, director of Saudi Arabia's National Information Centre, said the Kingdom's artificial intelligence (AI) based Covid-19 Index had been crucial in forecasting the virus's spread locally, including which areas would be most heavily affected and how many people would fall ill.

The Acclimation and Legality of Superior Machines

Washington – U.S. Secretary of State Mike Pompeo on Friday condemned China's effort to take over national security legislation in Hong Kong, calling it "a death knell for the high degree of autonomy" that Beijing had promised the territory. Pompeo called for Beiing to reconsider the move and warned of an unspecified U.S. response if it proceeds. Meanwhile, White House economic adviser Kevin Hassett said China risked a major flight of capital from Hong Kong that would end the territory's status as the financial hub of Asia. Shortly afterward, the Commerce Department announced new restrictions on sensitive exports to China. The contentious measure, submitted Friday on the opening day of China's national legislative session, is strongly opposed by pro-democracy lawmakers in semi-autonomous Hong Kong.

More than 60 years after the discipline's birth,2 artificial intelligence (AI) has emerged as a preeminent issue in business, public affairs, science, health, and education. Algorithms are being developed to help pilot cars, guide weapons, perform tedious or dangerous work, engage in conversations, recommend products, improve collaboration, and make consequential decisions in areas such as jurisprudence, lending, medicine, university admissions, and hiring. But while the technologies enabling AI have been rapidly advancing, the societal impacts are only beginning to be fathomed. Until recently, it seemed fashionable to hold that societal values must conform to technology's natural evolution--that technology should shape, rather than be shaped by, social norms and expectations. For example, Stewart Brand declared in 1984 that "information wants to be free."3 In 1999, a Silicon Valley executive told a group of reporters, "You have zero privacy … get over it."4 In 2010, Wired magazine cofounder Kevin Kelly published a book entitled What Technology Wants.5 "Move fast and break things" has been a common Silicon Valley mantra.6 But this orthodoxy has been undermined in the wake of an ever-expanding catalog of ethically fraught issues involving technology. While AI is not the only type of technology involved, it has tended to attract the lion's share of discussion about the ethical implications.

Last month at the San Francisco Museum of Modern Art I saw "2001: A Space Odyssey" on the big screen for my 47th time. The fact that this masterpiece remains on nearly every relevant list of "top ten films" and is shown and discussed over a half-century after its 1968 release is a testament to the cultural achievement of its director Stanley Kubrick, writer Arthur C. Clarke, and their team of expert filmmakers. As with each viewing, I discovered or appreciated new details. But three iconic scenes -- HAL's silent murder of astronaut Frank Poole in the vacuum of outer space, HAL's silent medical murder of the three hibernating crewmen, and the poignant sorrowful "death" of HAL -- prompted deeper reflection, this time about the ethical conundrums of murder by a machine and of a machine. In the past few years experimental autonomous cars have led to the death of pedestrians and passengers alike. AI-powered bots, meanwhile, are infecting networks and influencing national elections. Elon Musk, Stephen Hawking, Sam Harris, and many other leading AI researchers have sounded the alarm: Unchecked, they say, AI may progress beyond our control and pose significant dangers to society. When astronauts Frank and Dave retreat to a pod to discuss HAL's apparent malfunctions and whether they should disconnect him, Dave imagines HAL's views and says: "Well I don't know what he'd think about it."

On the Morality of Artificial Intelligence

Much of the existing research on the social and ethical impact of Artificial Intelligence has been focused on defining ethical principles and guidelines surrounding Machine Learning (ML) and other Artificial Intelligence (AI) algorithms [IEEE, 2017, Jobin et al., 2019]. While this is extremely useful for helping define the appropriate social norms of AI, we believe that it is equally important to discuss both the potential and risks of ML and to inspire the community to use ML for beneficial objectives. In the present article, which is specifically aimed at ML practitioners, we thus focus more on the latter, carrying out an overview of existing high-level ethical frameworks and guidelines, but above all proposing both conceptual and practical principles and guidelines for ML research and deployment, insisting on concrete actions that can be taken by practitioners to pursue a more ethical and moral practice of ML aimed at using AI for social good.

The EU Strategy on Artificial Intelligence In 2018 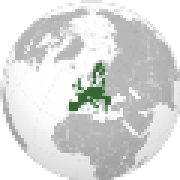 Most may at the time of writing associate EU with Brexit since the United Kingdom is pulling out of the union. The European Union and their member countries does together have a population of approximately 500 million and about $22.0 trillion GDP which places EU as the 2nd largest economic force in the world. Therefore by some measures it is an important area to keep track of, and the international strategy for EU relating to AI may be of interest. By summarising some of these policies in a pragmatic way I hope you as a reader understand that this is no substitute for reading the documents, rather an attempt to bring together a few key points. What I provide is of course not a complete picture, rather small excerpts from an ongoing discussion.

Artificial intelligence (AI) has become an area of strategic importance and a key driver of economic development. It can bring solutions to many societal challenges from treating diseases to minimising the environmental impact of farming. However, socio-economic, legal and ethical impacts have to be carefully addressed. It is essential to join forces in the European Union to stay at the forefront of this technological revolution, to ensure competitiveness and to shape the conditions for its development and use (ensuring respect of European values). The Commission is increasing its annual investments in AI by 70% under the research and innovation programme Horizon 2020.