Walmart will begin testing an autonomous vehicle delivery service this year that will allow customers to place orders online and have their groceries delivered by a driverless car. The pilot program is being launched in Austin, Texas; Miami, Florida: and Washington D.C. It's a partnership between the $560-billion mega-retailer and Ford, which will provide Ford Escape hybrids outfitted with Argo AI technology to make the deliveries. Argo AI, a co-venture between Ford and Volkswagen, will provide the cloud-based infrastructure to schedule drop-offs and safely route orders. Focusing on those three metro areas will show'the potential for autonomous vehicle delivery services at scale,' said Argo AI founder Bryan Salesky. Initial integration testing is expected to begin later this year, the companies said, and the service initially will be limited to specific areas in each city before being expanded over time. 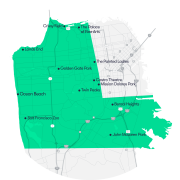 Just when you thought there were too many self-driving cars being tested on the streets of San Francisco, get ready for even more, but with passengers. Alphabet-owned self-driving company, Waymo, on Tuesday became the first taxi operator to offer autonomous rides to the public in SF. Waymo first started at Google before spinning off on its own. While Waymo's autonomous taxi service called Waymo One has been operating in the Phoenix, Arizona region since the end of 2018, the rides in a sensor-loaded Chrysler Pacifica had only been available in the desert suburbs until now. In San Francisco early riders will be able to book a robo-ride through the Waymo app, but the rides will be free.

In 2017, Kyle Vogt, the founder of GM-backed autonomous car company Cruise, promised that the startup would begin testing driverless vehicles in New York City by 2019. That didn't come to pass -- Cruise put the brakes on the pilot in August 2018 -- but driverless cars have scaled significantly in the years since Vogt's pronouncement. Last month, Ford and Argo AI announced they would work together to launch self-driving cars on Lyft's ride-hailing network in Miami and Austin, Texas. Motional, a joint venture of Aptiv and Hyundai, plans to start testing autonomous vehicles in Los Angeles following a deployment in Downtown Las Vegas. And Intel's Mobileye recently became among the first to pilot self-driving cars in New York City, beating rival Cruise to the punch.

Earlier this year, videos of Tom Cruise started popping up on TikTok of the actor doing some surprisingly un-Tom-Cruise-like stuff: goofing around in an upscale men's clothing store; showing off a coin trick; growling playfully during a short rendition of Dave Matthews Band's "Crash Into Me." In one video, he bites into a lollipop and is amazed to find gum in the center. "Mmmmm," he says to the camera. How come nobody ever told me there's bubblegum? The 10 videos, which were posted between February and June, featured an artificial intelligence-generated doppelganger meant to look and sound like him. 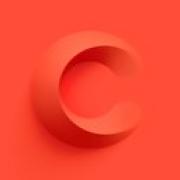 We're Cruise, a self-driving service designed for the cities we love. We're building the world's most advanced, self-driving vehicles to safely connect people to the places, things, and experiences they care about. We believe self-driving vehicles will help save lives, reshape cities, give back time in transit, and restore freedom of movement for many. Cruisers have the opportunity to grow and develop while learning from leaders at the forefront of their fields. With a culture of internal mobility, there's an opportunity to thrive in a variety of disciplines.

After Chandler in Phoenix, Arizona, it is now San Francisco's turn. At the Waymo Depot on Toland Street in San Francisco, 67 Jaguar iPace and 11 Fiat Chrysler Pacifica Waymo robotaxis are lined up nicely, ready to start their service. A few days ago, Cruise Automation had already received approval from California to transport passengers, and Waymo seems to be close to receiving the same approval from the California Public Utility Commission (CPUC). While Cruise is focusing on a new type of vehicle with the Cruise Origin, Waymo is using vehicles from traditional manufacturers. The latest models are the Fiat Chryster Pacifica minivan and, as we see in the footage, increasingly the electric Jaguar iPace.After Cruise announced it had obtained a $5 billion line of credit from GM to produce 1,000 Cruise Origin vehicles, Waymo followed suit, announcing today that it had closed an investment round of another $2.5 billion.

Cruise, the autonomous vehicle subsidiary of GM that also has backing from SoftBank Vision Fund, Microsoft and Honda, has secured a permit that will allow the company to shuttle passengers in its test vehicles without a human safety operator behind the wheel. The permit, issued by the California Public Utilities Commission as part of its driverless pilot program, is one of several regulatory requirements autonomous vehicle companies must meet before they can deploy commercially. This permit is important -- and Cruise is the first to land this particular one -- but it does not allow the company to charge passengers for any rides in test AVs. "In order to launch a commercial service for passengers here in the state of California, you need both the California DMV and the California PUC to issue deployment permits. Today we are honored to have been the first to receive a driverless autonomous service permit to test transporting passengers from the California PUC," Prashanthi Raman, Cruise's director of Government Affairs said in an emailed statement to TechCrunch.

The California Public Utilities Commission (CPUC) has issued GM's Cruise the permit needed to be able to give passengers a ride without a driver behind the wheel. It's the first time (PDF) the commission has issued a permit of this kind, and it's a significant milestone for the CPUC's Autonomous Vehicle Passenger Service Pilot Programs. Waymo and Cruise's other rivals already have "drivered" permits from the regulator, but they also have to secure this "driverless" permit to enable fully autonomous rides with passengers onboard. That said, Cruise can't start charging customers just yet. As Prashanthi Raman, Cruise's director of Government Affairs, explained to TechCrunch: "In order to launch a commercial service for passengers here in the state of California, you need both the California DMV and the California PUC to issue deployment permits. Today we are honored to have been the first to receive a driverless autonomous service permit to test transporting passengers from the California PUC."