COVID Represents Only the Start of Health Chatbots' Rise 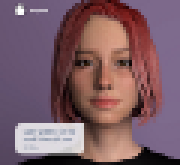 Barely a week of the COVID crisis goes by without a government or major health organization launching a chatbot to help in the information and business recovery effort. For the immediate future, bots will play a key role in public health awareness, and at the personal level in health checks and as mental health companions, with health bots estimated to be worth $700 million by 2025. Chatbots got a big lift in IT and business circles during the early weeks of the COVID crisis. They helped provide a worrying public with honest information and answering their questions at volumes that no call centre could manage, launching in days not weeks, and proving that most bots can happily work without AI bells and whistles to deliver key benefits. Now we are, hopefully, past the peak of the virus, the need for bots is maintaining a solid pace.

Paolo Pirjanian is an Armenia born in Iran and fled to Denmark as a teen. From the time he was young, he was fascinated by computers and started coding in his bedroom. After getting his PhD in robotics, Paolo became an early leader in the field of consumer robotics who has 16 years of experience developing and commercializing cutting-edge home robots. He worked at NASA JPL and led world-class teams and companies at iRobot, Evolution Robotics, and others. In 2016, Paolo founded Embodied, Inc. with the vision to build socially and emotionally intelligent digital companions that improve care and wellness and support people in living better lives every day.

In the glory days of AOL Instant Messenger, back when screen names and away messages were serious literary pursuits, a mysterious chat maverick strode about the dial-up frontier and schooled legions of uncouth adolescents in the art of conversation. Who was this rogue wordsmith, this tireless vexer of pre-teen millennials? Surely no mortal could generate replies with such speed, charm, and unflinching certainty. Turns out it was a bot, an artificial chat companion named SmarterChild, and it was sublime. No matter the topic, intensity, or logic of conversational challengers, SmarterChild always had the final word.

Outlier detection is an important task for various data mining applications. Current outlier detection techniques are often manually designed for specific domains, requiring large human efforts of database setup, algorithm selection, and hyper-parameter tuning. To fill this gap, we present PyODDS, an automated end-to-end Python system for Outlier Detection with Database Support, which automatically optimizes an outlier detection pipeline for a new data source at hand. Specifically, we define the search space in the outlier detection pipeline, and produce a search strategy within the given search space. PyODDS enables end-to-end executions based on an Apache Spark backend server and a light-weight database. It also provides unified interfaces and visualizations for users with or without data science or machine learning background. In particular, we demonstrate PyODDS on several real-world datasets, with quantification analysis and visualization results.

"An Image is Worth a Thousand Features": Scalable Product Representations for In-Session Type-Ahead Personalization

We address the problem of personalizing query completion in a digital commerce setting, in which the bounce rate is typically high and recurring users are rare. We focus on in-session personalization and improve a standard noisy channel model by injecting dense vectors computed from product images at query time. We argue that image-based personalization displays several advantages over alternative proposals (from data availability to business scalability), and provide quantitative evidence and qualitative support on the effectiveness of the proposed methods. Finally, we show how a shared vector space between similar shops can be used to improve the experience of users browsing across sites, opening up the possibility of applying zero-shot unsupervised personalization to increase conversions. This will prove to be particularly relevant to retail groups that manage multiple brands and/or websites and to multi-tenant SaaS providers that serve multiple clients in the same space.

Intuition Robotics raises $36 million to bring AI companions to everyone

Israeli robotics startup Intuition Robotics has raised $36 million in a series B round of funding co-led by Sparx Group and OurCrowd, with participation from Samsung Next, Toyota AI Ventures, Bloomberg Beta, iRobot, Sompo Holdings, Union Tech Ventures, Happiness Capital, and Capital Point. Founded in 2015, Intuition Robotics is creating what it calls "social companion" robots and related technologies, with an initial focus on reducing loneliness and isolation in elderly people. The company's first product was a $1,500 robot called ElliQ that opened for preorders last January and has accumulated "over 10,000 days" in homes across the U.S., though the company hasn't revealed specific sales figures. The majority of ElliQ's users are between 80 and 90 years of age. ElliQ more closely resembles a desk lamp than a humanoid, and it sits on a small dock with a tablet screen and cameras.

Samsung's artificial Neon humans are "a new kind of life"

In a bid to "make science fiction a reality", Samsung's future factory STAR Labs has developed Neon, AI-powered virtual beings that look and behave like real humans. Unlike artificially intelligent (AI) assistants like Siri or Alexa, STAR Labs' computationally created beings aren't programmed to be "know-it-all bots" or an interface to answer users' questions and demands. Instead, the avatars are designed to converse and sympathise "like real people" in order to act as hyper lifelike companions. "We have always dreamed of such virtual beings in science fictions and movies," said STAR Labs CEO Pranav Mistry. "Neons will integrate with our world and serve as new links to a better future, a world where'humans are humans' and'machines are humane'," he continued.

From home to healthcare, here are Robotic innovations transforming lives From home, healthcare and manufacturing to transportation, education to the environment, robots have already touched almost all aspects of our lives. With rapid advances in Artificial Intelligence (AI), machine learning, and numerous other technologies, robots are becoming more capable, and affordable. Here are some of the robotic innovations that, in the not-so-distant future, will become widespread and change the way we live and work forever, making lives more convenient and meaningful. Delta Air Lines, in partnership with Sarcos Robotics, has developed a first-of-its-kind wearable robotic exoskeleton, the Guardian XO, a battery-powered industrial robot combining human intelligence with the power of machines. The robotic suit that can be donned and doffed unassisted in less than 30 seconds may enable a worker to lift up to 90kg (200 pounds) repeatedly for up to eight hours at a time without strain or fatigue or injury.

You can't teach an old dog new tricks but you may one day be able to train them with new technology. The little white box seen here is actually an artificial intelligence trainer for dogs. It's called "Companion" and right now it's for dog care facilities. The company, Companion Labs, says the device uses a video camera, computer and treats to teach dogs new tricks. It gives the pet a verbal order.

There truly is something for everyone, from new and improved products and services announced by major corporations to truly innovative ideas made real by entrepreneurial spirits. Still, it's difficult to figure out what's worth one's time and what products and services are simply a flash in the pan, never to be seen again. So we did the hard work for you to find the most intriguing and exciting gadgets of CES, from accessories you can buy right now to concept devices charting the future of the industry. Without further ado, here is TIME's Best of CES 2020. Samsung's Ballie is an interesting combination between smart home device and robotic companion.