Automation has been slowly creeping into every aspect of business, sometimes in areas you wouldn't expect. Whether you realize it or not, you may regularly interact with automated systems in the form of chatbots. These technologies have seen exponential adoption rates in recent years and will likely continue to grow. According to a Grand View Research report, the global chatbot market will reach $1.25 billion by 2025. Chatbots are quickly becoming a standard business practice, so tuning into trends is essential for staying competitive.

Besides sporting a new round look, Amazon's updated fourth generation Echo speakers have something else going for them. Buy a pair for $200 and they make fabulous TV speakers. Without wires spread across the room from the TV. TV's have gotten way thinner and cheaper over the years, and a big casualty has been the tinny speaker, sending many consumers to soundbars that fit near the TV and connect directly. The advantages to two Echo speakers instead are huge. 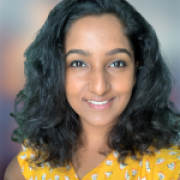 CIOs are now using artificial intelligence (AI) and machine learning (ML) technologies to make IT service management processes more efficient. A typical use case for artificial intelligence in ITSM involves natural language processing (NLP). User requests for IT services are automated using NLP. IT practitioners get a deeper understanding of their processes by applying machine learning (ML) to ITSM data. The natural language processing technology that powers virtual agents is very often integrated with channels that the employees are familiar with.

The ABC's of a Chatbot - with Examples

Chatbot language requires a whole other dictionary. It's recommended to be aware of such jargon in order to understand the intricacies of a chatbot. This entire blog-piece is simplified into understandable language and contains examples for you to get better clarity. I'd suggest this piece to people ailing from a non-chatbot industry as well, as too much knowledge never hurt anyone. Chatbots are now considered the fad to survive in this business world, where automation is the key to several actions.

Artificial intelligence has had a massive impact on how small businesses provide support to their customers. One of the largest applications of AI-driven customer service is through chatbots. Chatbots are conversational software agents that simulate interaction with your online customers. These AI-driven conversation specialists can answer questions, recommend items, and build a remarkable customer experience. In fact, chatbots can even be used to process returns, promote products, and collect customer feedback.

How Artificial Intelligence Can Help with Home Builders & Developers

When most people think of Artificial Intelligence (AI) they probably think about their Amazon's Alexa, self-driving cars or Apple's Siri. However, AI can help be used for many other functions, including marketing and construction. Home builders and developers can incorporate AI in their marketing and construction efforts to impact growth in business and employee retention. The benefits of AI include improving efficiency in the workplace, solving complex problems, and even freeing up your time. Many businesses use AI-related machines or bots and other technologies today so they can use their time more wisely. 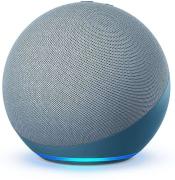 As weird as it feels to have the two shopping holidays so close together, this month-and-a-half-long limbo period between Prime Day and Black Friday has actually brought us some of the best deals we've ever seen on Amazon devices. First, it was the third-generation Echo Dot from 2018 (and a bonus smart bulb). As of Oct. 26, you can score a two-pack of the all-new Echo, Echo Dot, Echo Dot with Clock, or Echo Flex for up to $30 off using some coupon codes we found nestled within each device's product page. The star of Amazon's fourth-gen series, the all-new Echo is a minimalist orb of a smart speaker equipped with a zippy AZ1 Neural Edge processor, a Zigbee smart home hub, and an LED ring light (located on its base). Mashable hasn't gotten a chance to review it yet, but our friends over at PCMag say its audio quality is "impressive" considering its size and price point (which was one of the reasons they gave it an Editor's Choice Award).

The 6 Most Amazing AI Advances in Agriculture 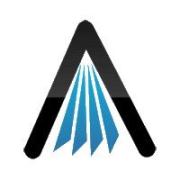 When we think about agriculture, we tend to think about old-school farming. But although many of us might think that the agricultural community is behind the curve when it comes to implementing new technologies, there is lots of evidence that farmers are actually moving quite quickly to modernize almost everything about the farming process -- they're using artificial intelligence in new and amazing ways to bring the process of food cultivation into the future. High-tech agriculture starts at the very second that the seed is first placed in the ground. Experts in the field are familiar with "variable rate planting equipment" that does more than just planting a seed down into the dirt somewhere. As you'll see later in this article, all sorts of artificial intelligence work is being done behind the scenes on predictions -- where a seed will grow best, what soil conditions are likely to be, etc.

How RPA differs from conversational AI, and the benefits of both

While RPA is geared more toward backend automation, conversational AI lends itself to automating human-facing and more personalized interactions. But where does backend process automation meet conversation-driven automation? RPA involves the management of rigid, predictable processes, where there is no ambiguity about the request, which contrasts with conversational AI, where user intent dictates which tasks are undertaken in response to a request. Chatbots or digital assistants use messaging interfaces, or voice control, to have a conversational interaction. The fluidity of conversation requires natural language processing (NLP) automation to be highly flexible, so that the intent is correctly interpreted and the right tasks are undertaken to resolve the request.

Creating a Chatbot for Healthcare in React Native using Dialogflow

A chatbot is a piece of software that helps in conducting a conversation through voice based or textual methods. Chatbots offer companies new opportunities to improve the customer engagement process and operational efficiency by reducing the typical cost of customer service. Dialogflow (previously known as API.AI) is a Natural Language Processing (NLP) platform which can be greatly helpful to build conversational applications for a company's customers in various languages and also across multiple platforms. Dialogflow enables developers to create text-based and voice conversation interfaces for responding to customer queries in different languages. Navigate to console in the official website.