Learning to be a Leader in the Age of AI 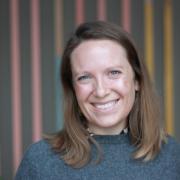 What makes an ideal leader? Traditionally, we might say assertiveness, certainty, decisiveness. That’s because traditionally businesses have rewarded confidence.   As humans, we all understand that there is uncertainty in the world – every situation presents a probabilistic distribution of potential outcomes – but show anything approaching a misgiving in a business setting and we encourage more questions or, worse, questions about our capability. So we learn to project confidence and certainty around a specific outcome. But even the most authoritative leader is often guessing when making decisions.  Yet, as artificial intelligence continues to move into the mainstream, many leaders are

What makes an ideal leader? Traditionally, we might say assertiveness, certainty, decisiveness. That's because traditionally businesses have rewarded confidence. As humans, we all understand that there is uncertainty in the world – every situation presents a probabilistic distribution of potential outcomes – but show anything approaching a misgiving in a business setting and we encourage more questions or, worse, questions about our capability. So we learn to project confidence and certainty around a specific outcome.

How I'm using Machine Learning to Trade in the Stock Market

Disclaimer: This article is about a simple strategy that I have used to create a trading bot. While back-testing shows that the trading bot is profitable, the trading bot is not capable of handling "black swan" events such as market crashes. Also I am not a financial advisor nor a professional trader. I am simply sharing this for entertainment purposes. So trade & read at your own risk.

An Artificial Intelligence Rant: Neural Networks Are Not Magic, They're Code

I was reading yet another document about artificial intelligence (AI). The introduction was covering the basics and the history of the subject. The authors mentioned expert systems and the real flaws that tactic had. Then the authors said that, luckily, there was an alternative called "machine learning." Yet more people who think anything older than them couldn't be classified the same way as the things they know.

Our ability to process information during decision-making doesn't drop off until age 60, according to new findings that challenge the widespread belief that mental speed starts to decline in our 20s. Mischa von Krause at Heidelberg University in Germany and his colleagues analysed data collected from around 1.2 million people aged 10 to 80 who took part in an experiment that was originally designed to measure implicit racial bias. During the task, participants were asked to sort words and images, for example by labelling faces as white or Black, or classifying words such as "joy" or "agony" as good or bad, by pressing one of two buttons. In support of previous studies, the researchers found that people's reaction times speed up from their teens to around age 20, then slow down as they get older. This decline has typically been attributed to slower mental speed, but this isn't the case, says von Krause. The team used an established model of cognition based on previous research, which assumes people make decisions by continuously considering information until they reach a threshold of certainty.

Interest in self-driving vehicle technologies has grown during the pandemic, particularly as surges in infections make deliveries and taxi rides riskier. Markets and Markets optimistically predicts that autonomous car sales will reach 62.4 million units by 2030, growing at a compound annual growth rate of 13.3%. Meanwhile, Statista expects that the worldwide driverless car market will be worth some $400 billion by 2025 -- assuming that current trends hold. But driverless vehicles remain risky propositions. As self-driving car companies like Waymo and Cruise accelerate testing of their technologies, accidents are increasing, too.

When The Art Connoisseur Is a Robot 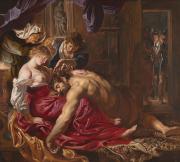 Popularly, art connoisseurs are portrayed as sophisticados who carry themselves with an aura of mystery, in command of an inner portal to truth that the rest of us inexplicably just don't possess. Presented with an unassuming Renaissance painting purchased for $1,000 in New Orleans, for instance, one might be stricken with certainty that the painting was authored by no other than Leonardo da Vinci; another attributes hundreds of paintings to Rembrandt and claims that his genius is obvious to the "experienced eye." The elusive certainty of connoisseurship has always come with raised eyebrows: can you tell a garage sale replica from the real deal, let alone a workshop painting from an Old Master one? Can we trust anyone who claims to know? Recent developments in machine learning applied to photographs of artwork promise to lend more objectivity to processes of attribution when the provenance is uncertain.

Originally published on Towards AI the World's Leading AI and Technology News and Media Company. If you are building an AI-related product or service, we invite you to consider becoming an AI sponsor. At Towards AI, we help scale AI and technology startups. Let us help you unleash your technology to the masses. Life is uncertain, and statistics can help us quantify certainty in this uncertain world by applying the concepts of probability and inference.

With his telescope, Galileo gathered a vast trove of observations on celestial objects. With his mind, he found patterns in that universe of data, creating theories on motion and mechanics that paved the way for modern science. Using AI, DeepMind just gave mathematicians a new telescope. Working with two teams of mathematicians, DeepMind engineered an algorithm that can look across different mathematical fields and spot connections that previously escaped the human mind. The AI doesn't do all the work--when fed sufficient data, it finds patterns.

Our world is a black box, predictable but not understandable

On good days, the world seems like a well-run railway: things happen according to principles, laws, rules and generalisations that we humans understand and can apply to particulars. We forgive the occasional late trains as exceptions that prove the rule. But other times we experience the world as a multi-car pile-up on a highway. The same laws of physics and of governments apply, but there are so many moving parts that we can't predict the next pile-up and we can't explain the details of this one – 'details' that can let one car escape with a bent fender while another erupts in a fireball. What's true of a car pile-up is also true of an uneventful autumn walk down a path arrayed with just exactly those leaves and no others.