How the Financial Industry Can Apply AI Responsibly

THE INSTITUTE Artificial intelligence is transforming the financial services industry. The technology is being used to determine creditworthiness, identify money laundering, and detect fraud. AI also is helping to personalize services and recommend new offerings by developing a better understanding of customers. Chatbots and other AI assistants have made it easier for clients to get answers to their questions, 24/7. Although confidence in financial institutions is high, according to the Banking Exchange, that's not the case with AI.

Learn more about what comes next. Instacart today announced that it acquired Caper AI, a startup developing technologies to automate brick-and-mortar checkout experiences, for approximately $350 million in cash and stock. With the purchase, Instacart says that it aims to help retailers "unify in-store and online shopping [flows] for customers." Caper's New York-based workforce will join Instacart, adding hardware engineering talent to Instacart's existing product development team. Over time, Instacart expects to integrate Caper's technology into the Instacart app and the ecommerce websites and apps of its retail partners, allowing customers to build online shopping lists and browse recipes ahead of time and check off their lists as they go. "Over the years, Instacart has continued to expand its retailer enablement services, helping brick-and-mortar grocers across North America move their businesses online, grow, and meet the evolving needs of their customers.

Jordan Lemos, a writer for video games, has lived in three different cities over the past five years. He moved from Los Angeles to Quebec to Seattle -- working on blockbusters such as Assassin's Creed Odyssey and Ghost of Tsushima -- because the jobs required it. So when he was looking for a new gig last year, he told prospective employers he wasn't going to do it again. He would only work remotely. Several big game companies were quick to say no once they heard his ultimatum.

Dedicated exclusively to children and their families, The Hospital for Sick Children (SickKids Hospital) is one of the largest and most respected paediatric healthcare centres in the world. As innovators in child health, we lead and partner to improve the health of children through the integration of healthcare, leading-edge research and education. Our reputation would not have been built – nor could it be maintained – without the skills, knowledge and experience of the extraordinary people who come to work here every day. SickKids is committed to ongoing learning and development and features a caring and supportive work environment that combines exceptionally high standards of practice. When you join SickKids, you become part of our community.

When it comes to present-day automation and repetitive work, we have traditionally thought of actual physical machines, or an entire line of robotic arms and tools that process items from one end towards another. Today, however, we are now getting used to yet another, more virtual type of automation. This is none other than the concept of robotic process automation (RPA): the automation of processes based directly on software and artificial intelligence (AI). But how exactly can we define RPA? We take a look into its brief development history and a few real-world examples, to see how it works, as well as witness its impact on organizational productivity as a whole.

Why China and the USA are the biggest markets for AI in the coming future? 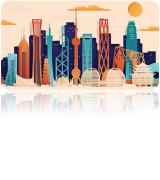 USA and China are turning out be a landscape of the biggest markets in the present scenario. Taking a lead over the world is globally at power to grow and evolve in this new era in the economic sector. Artificial Intelligence field is a big enterprise in the present time. Among the economic giants of the world, the USA and China have taken over the journey. The navigation is still on by the early adopters and more familiar one's towards exploring the further transformation which can take in this field. 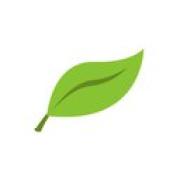 FreshBooks has a big vision. We launched in 2003 but we're just getting started and there's a lot left to do. We're a high performing team working towards a common goal: building an elite online accounting application to help small businesses better handle their finances. Known for extraordinary customer service and based in Toronto, Canada, FreshBooks serves paying customers in over 120 countries. FreshBooks is seeking a Data Engineer to join our team.

"Voice skins" have become a very popular feature for AI-based voice assistants, to help personalize some of the more anodyne aspects of helpful, yet also kind of bland and robotic, speaking voices you get on services like Alexa. Now a startup that is building voice skins for different companies to use across their services, and for third parties to create and apply as well, is raising some funding to fuel its growth. LOVO, the Berkeley, California-based artificial intelligence (AI) voice & synthetic speech tool developer, this week closed a $4.5 million pre-Series A round led by South Korean Kakao Entertainment along with Kakao Investment and LG CNS, an IT solution affiliate of LG Group. Its previous investor SkyDeck Fund and a private investor, vice president of finance at DoorDash, Michael Kim, also joined the funding. The proceeds will be used to propel its research and development in artificial intelligence and synthetic speech and grow the team.

Law enforcement agencies and government organizations from 24 countries outside the United States used a controversial facial recognition technology called Clearview AI, according to internal company data reviewed by BuzzFeed News. That data, which runs up until February 2020, shows that police departments, prosecutors' offices, universities, and interior ministries from around the world ran nearly 14,000 searches with Clearview AI's software. At many law enforcement agencies from Canada to Finland, officers used the software without their higher-ups' knowledge or permission. After receiving questions from BuzzFeed News, some organizations admitted that the technology had been used without leadership oversight. In March, a BuzzFeed News investigation based on Clearview AI's own internal data showed how the New York–based startup distributed its facial recognition tool, by marketing free trials for its mobile app or desktop software, to thousands of officers and employees at more than 1,800 US taxpayer-funded entities.

Currently, the world seeks to find appropriate mitigation techniques to control and prevent the spread of the new SARS-CoV-2. In our paper herein, we present a peculiar Multi-Task Learning framework that jointly predicts the effect of SARS-CoV-2 as well as Personal-Protective-Equipment consumption in Community Health Centres for a given populace. Predicting the effect of the virus (SARS-CoV-2), via studies and analyses, enables us to understand the nature of SARS-CoV- 2 with reference to factors that promote its growth and spread. Therefore, these foster widespread awareness; and the populace can become more proactive and cautious so as to mitigate the spread of Corona Virus Disease 2019 (COVID- 19). Furthermore, understanding and predicting the demand for Personal Protective Equipment promotes the efficiency and safety of healthcare workers in Community Health Centres. Owing to the novel nature and strains of SARS-CoV-2, relatively few literature and research exist in this regard. These existing literature have attempted to solve the problem statement(s) using either Agent-based Models, Machine Learning Models, or Mathematical Models. In view of this, our work herein adds to existing literature via modeling our problem statements as Multi- Task Learning problems. Results from our research indicate that government actions and human factors are the most significant determinants that influence the spread of SARS-CoV-2.