AI and ML News: Why SMBs Shouldn't Be Afraid of Artificial Intelligence (AI) "We have SOC alerts scheduled. So whenever we receive an alert, we have knowledge on that endpoint's health and patch status, helping us identify the cause of the SOC alert [and], in turn, optimizing the time taken for troubleshooting." It has also been positioned as a Major Player in the IDC MarketScape: Worldwide UEM Software for Ruggedized/Internet of Things Device Deployments 2022 Vendor Assessment (doc #US48325322, May 2022). The IDC MarketScape: Worldwide UEM Software 2022 Vendor Assessment report notes, "Patch management is one of the main capabilities across Windows and Mac platforms, as well as extensive patch and vulnerability management support for third-party apps and software on both platforms. It also supports broader automation of PCLM routines such as patches, deploying software and OS imaging (in addition to mobile device management) and application management."

AI Is Not a Security Silver Bullet

Much has been made of the use of artificial intelligence in security. Some experts will tell you it is the single biggest key to success, while others will tell you that AI is little more than marketing jargon without any real-world value. I think the truth is somewhere in the middle. AI absolutely has a place in security, but it is not a silver bullet. With that said, there are three primary ways that organizations should be using AI to act as a force multiplier for security teams. The use of AI in security should be very focused on multiplying the efforts of security teams, especially considering the current shortage of security skills.

Artificial intelligence (AI) has reshaped how operations happen in various industries. The technology can often remove bottlenecks, prevent unwanted events, and help decision-makers feel more confident in what the future will bring while relying on less guesswork. Keeping a fleet in top condition to operate safely can bring numerous challenges, and that's especially true as the overall number of vehicles rises. Failing to stay on top of maintenance could mean a fleet manager faces rising costs stemming from emergency repairs. It could also disrupt time-sensitive schedules, particularly if too many vehicles are unusable at once due to maintenance issues.

'Nurses Are Essential' to AI Integration in Healthcare

For Dr. Erich Huang, Duke Health's chief data officer for quality, one issue often overlooked when discussing AI in healthcare is the importance of the user experience. "It's not just an abstract Westworld brain sitting out there," Huang says. "It has to be well integrated with clinical workflow, and nurses are essential to that." With the Sepsis Watch early warning program, Huang says, nurses were able to apply their professional experience to kick off the cascade of actions that would follow an AI-produced alert. "One of the big issues with electronic health records is fatigue from alerts," he says.

Reco, a company using AI to map a company's data sharing, today announced that it raised $30 million in a Series A round led by Insight Partners, with participation from Zeev Ventures, BoldStart, Angular Ventures, Jibe Ventures, CrewCapital and Cyber Club London. CEO Ofer Klein said the proceeds will to toward product development and supporting the company' go-to-market efforts. Reco is Klein's second venture after Kwik, an internet of things platform for "connected customer experiences." Nakash led research at the Office of the Prime Minister in Israel prior to joining Reco, while Shapira, who also worked at the Office of the Prime Minister, was the head of algorithms at heads-up display startup Guardian Optical Technologies. "The distributed workforce is getting bigger. And each of these introduces new security risk," Klein told TechCrunch in an email interview. Earlier this year, New York City started testing a gun detection system from Evolv Technologies at City Hall and Jacobi Medical Center in the Bronx. Mayor Eric Adams, who has said he came across the system on the internet, has been talking up the tech for months as a way to help combat gun violence. Now, it has emerged that two people who donated $1 million to support Adams' mayoral run work at companies with investments in Evolv, as the New York Daily News first reported. The CEO of the investment firm Citadel, Kenneth Griffin, last year donated $750,000 to Strong Leadership NYC, a political action committee (PAC) that supported Adams. Jane Street Financial Services founder Robert Granieri gave $250,000, according to records. As of May 16th, Citadel held 12,975 shares in Evolv, a publicly traded company.

How Palo Alto Networks modernized its security management with AI

The SIEM, or security information and event management console, has been a staple for security teams for more than a decade. It's the single pane of glass that shows events, alerts, logs, and other information that can be used to find a breach. Despite its near ubiquity, I've long been a SIEM critic and believe the tool is long past its prime. This is certainly not the consensus; I've been criticized in the past for taking this stance. While robust passwords help you secure your valuable online accounts, hardware-based two-factor authentication takes that security to the next level.

5 ways to reduce compliance costs with AI and automation 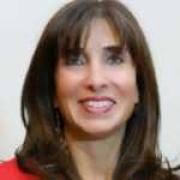 While regulations are created to protect consumers and markets, they're often complex, making them costly and challenging to adhere to. Highly regulated industries like Financial Services and Life Sciences have to absorb the most significant compliance costs. Deloitte estimates that compliance costs for banks have increased by 60% since the financial crisis of 2008, and the Risk Management Association found that 50% of financial institutions spend 6 to 10% of their revenues on compliance. Artificial intelligence (AI) and intelligent automation processes, such as RPA (robotic process automation) and NLP (natural language processing) can help drive efficiencies up and costs down in meeting regulatory compliance. In a single year, a financial institution may have to process up to 300 million pages of new regulations, disseminated from multiple state, federal, or municipal authorities across a variety of channels.

Security cameras are everywhere, but artificial intelligence is changing the way they are being used. KRON4 tested one such system at a grocery store in San Jose to see how A.I. is preventing shoplifting. Picture this scenario, someone walks into Lunardi's Market on Meridian Street. They decide to take home a nice bottle of Merlot -- only they also decide not to pay. But before they can walk out the door, the store manager steps in and stops them.