How to Make the Video Game Industry Greener

"How many more warnings do we need? The science is clear, it's unequivocal." Author and researcher Ben Abraham is pissed. We're speaking in April, a few days after the IPCC released its most contentious report yet. It stressed that in order to keep warming to the Paris Agreement's goal of 1.5 degrees Celsius humanity needs to cut emissions by 43 percent by 2030.

Get this lightning fast HyperX gaming mouse for just $25 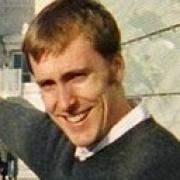 Looking to upgrade your mouse? Amazon is selling the HyperX Pulsefire Raid wired gaming mouse for $25. To get the deal, you have to click the $5 off coupon underneath the price on the product page. We haven't reviewed the Pulsefire Raid, but HyperX makes pretty good gear. Plus, the mouse is rated 4.5 out of 5 stars with more than 1,000 ratings on Amazon. This device is very Razer-esque in shape, which isn't a bad design to emulate at all.

TechScape: Will the video games industry ever confront its carbon footprint?

When a company tries to cut its carbon footprint, how far should it cast the net? Is it responsible for the choices of its customers? What if it sells something that doesn't have a carbon footprint at all – until the second it's used? For some companies, flush with cash, the answer is easy enough. Microsoft, for instance, has committed to becoming carbon negative by 2030, and ultimately removing from the environment all the carbon it has ever emitted by 2050. In that accounting, it's even accepting the cost of downstream use of its products: if you've powered an Xbox on a diesel generator, or charged a Zune using coal power, Microsoft will offset those emissions. The Samsung Odyssey G9 ultrawide monitor will change your gaming experience, and it's $400 off

SAVE $400: Looking to test out an ultrawide monitor in your PC setup? The Samsung Odyssey G9 is a great choice, and it's 33% off at GameStop as of March 23. Ultrawide PC gaming monitors are getting more and more popular, and for good reason: They are pretty awesome. As long as you have the desk space for one, an ultrawide monitor will enhance just about every visual aspect of your gaming experience. Think of all those sprawling vistas from your favorite open-world game, filling your screen from a wide-angle view.

Detailed design documents have been criticized as a hard to maintain artifacts that may easily become useless while a game under development keeps evolving. In this paper we propose the use of declarative domain modelling as a communication tool and a form of contract between designers and programmers. We show how this model, including entities and actions relevant for the game design, can also serve to support debugging tools for game designers.

Microsoft Corp. threw down the gauntlet last week with its biggest-ever acquisition, agreeing to purchase Activision Blizzard Inc. for a whopping $68.7 billion (¥7.8 trillion) in a deal that could preclude major shakeups in the lucrative video game industry. But where that leaves Japan's top gaming firms, from Sony to top third-party developers like Capcom and Square Enix, remains to be seen. As hype over the so-called metaverse reaches a fever pitch, a slew of video game developers will likely seek partners to team up with or get absorbed by global tech titans to get ahead of the competition. If that comes to fruition, long-established Japanese game-makers may be left out in the cold, as those firms are unlikely to make such decisions in an agile or flexible manner due to their traditional and conservative mindset, analysts said. Microsoft's move this time is "literally the beginning of the race" among tech behemoths to acquire firms that will give them a competitive edge going forward, said Satoshi Kurihara, senior analyst at the Tokai Tokyo Research Institute.

We are committed to protecting your data. As part of this commitment, we've updated our Privacy Policy to make it clearer and easier to understand. No action is required on your part, but we encourage you to read and become familiar with our updated policy and Terms Of Service. Thank you for your continued support and readership.

Why gaming's Netflix moment could finally arrive in 2022

With flashy new game consoles like the PS5 and Xbox Series X (still) aggravatingly hard to come by, the dream of gaming without dedicated hardware has never been more appealing. At CES 2022, the tech industry's largest annual showcase, big tech companies showed that they agree. There's just one problem: Game streaming has yet to fully pan out. Microsoft, Amazon, PlayStation, and Google have all tried, but none have completely nailed cloud gaming just yet. Streaming apps like Google Stadia have impressive tech, to be sure, but none of these services have fully stuck the landing and become mainstays in the gaming space. Between technical troubles, lackluster libraries, and busted business models, the majority of cloud gaming apps have left us scratching our heads instead of having fun playing video games.

Samsung is revealing a new lineup of smart TVs at CES 2022 today, including features as exotic as radio-wave powered remote controls and support for NFTs -- and they also happen to be the first Samsung sets in a while to let you play triple-A video games from the cloud instead of just your Xbox, PlayStation or PC. After an vague tease in October, Samsung is now confirming that "select" 2022 models will explicitly offer access to Nvidia's GeForce Now, Google Stadia, and the Utomik cloud gaming service as part of a new "Samsung Gaming Hub," a user interface which Samsung's intending to expand to additional services as well. Intriguingly, the company says that your HDMI-connected video game consoles will be part of it as well -- complete with passthrough controller inputs. That means you might be able to play cloud games and console games with the same controller, instead of having to maintain separate controllers or pair back and forth, with both PlayStation and Xbox controllers supported at launch. It's also promising "AI Gaming technology" that will create curated game recommendations on your TV's home screen, which... okay, sure.