All the best dating sites for finding a serious relationship

Most seasoned singles know that dating culture can be broken up into hookup culture and something much more serious. Most online dating sites are a mix of both, and after living with online dating as an increasingly ubiquitous option for the past 20 years, the general public tends to see dating sites as a normal means of finding casual dates or a hookup. But what if you're looking for a serious relationship that lasts? What if you just don't want to be alone on Valentine's Day ever again? What if you're over casual dating and just want someone consistent to hang out with?

The best dating sites for seniors looking for love

Senior dating isn't easy, but it's not nearly as tough as you think. Dating at any age is tricky -- and being over 60 in the dating world could actually have its perks. There's a reason why post-retirement age could be the happiest time of your life. Yes, there may be fewer potential partners in the dating pool, but if you think about it, that just makes everything less overwhelming. And now that online dating is hot and heavy for the over 60 crowd, it's easier than ever to track down that special someone.

All the best dating sites and apps for people over 40

Dating when you're 40 or older can be intimidating -- unlike when you're in your 20s or 30s, you can't just assume everyone your age is single and looking for love. If you're back in the game, it's important to remember that around half of marriages end in divorce, so the dating pool might not be as small as you might think. Meeting people in real life still happens, but sometimes it's easier and less intimidating to meet people online. There's a comfort in knowing that the people you find on dating apps are single and looking for a romantic relationship, so at least you're both on the same page from the start. What we're trying to say is that there is nothing to fear about dating again at 40.

Consider this scenario-- we're AI engineers, and we're building a social media monitoring application to track the sentiment of Fortune 500 company mentions in the news. Following the advice we saw on Twitter this morning, we start with an end-to-end multi-billion parameter language model to extract mentions of companies and classify each one as positive, neutral, or negative. After training our model, we're disappointed to find that our end-to-end score is much lower than expected. What should we do from here? Are they due to missing company mentions?

Fact check: Facebook didn't pull the plug on two chatbots because they created a language

It's hard to escape artificial intelligence. From algorithms curating social media feeds to personal assistants on smartphones and home devices, AI has become part of everyday life for millions of people across the world. The future of that human-tech relationship may one day involve AI systems being able to learn entirely on their own, becoming more efficient, self-supervised and integrated within a variety of applications and professions. But some on social media claim this evolution toward AI autonomy has already happened. "Facebook recently shut down two of its AI robots named Alice & Bob after they started talking to each other in a language they made up," reads a graphic shared July 18 by the Facebook group Scary Stories & Urban Legends.

It can be exciting when a brand like Amazon drops new versions of its devices, but it can also be overwhelming to figure out which one is best for you (and if it's worth paying more than its original version). Amazon released their newest versions of the Echo Show 5 and the Echo Show 8. After testing both of them, I'll walk you through what's the same, what's different, what they bring to the table compared to the 1st gen versions -- and which one you should buy. The new Echo Show 5 sells for $84.99, and the updated Echo Show 8 for $129.99. The Echo Show 5 Kids is available for $94.99, and if you're ready to upgrade you can get 25% off any of these devices with a trade-in.

Each year, PhD students from around the world apply for the Facebook Fellowship, a program designed to encourage and support promising doctoral students who are engaged in innovative and relevant research in areas related to computer science and engineering. Fellowship recipients receive tuition funding for up to two years to conduct their research at their respective universities, independently of Facebook. To learn about award details, eligibility, and more, visit the program page below. Xinyun is a PhD student at UC Berkeley working with Professor Dawn Song and is expected to graduate in 2022. Her research explores the intersection of deep learning, programming languages, and security, focused on neural program synthesis and adversarial machine learning (ML).

Harnessing the benefits of AI 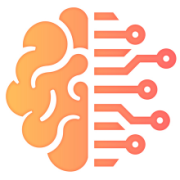 Google search, Facebook news feed, Amazon product recommendations are obvious examples of digital services used by billions of consumers everyday that successfully leverage Machine Learning (ML)¹. In fact you could say that the stellar growth these companies have experienced over the last decade or more just would not be possible without it. The internet giants have each conquered specific segments of consumers' daily digital lives and are now an ever-present habit for billions of people around the world. Google enables people to discover knowledge and information about products, places and things. Facebook enables people to engage with friends who have similar interests and stories.

Twitter's recent acquisition spree continues today as the company announces it has acqui-hired the team from news aggregator and summary app Brief. The startup from former Google engineers launched last year to offer a subscription-based news summary app that aimed to tackle many of the problems with today's news cycle, including information overload, burnout, media bias and algorithms that promoted engagement over news accuracy. Twitter declined to share deal terms. Before starting Brief, co-founder and CEO Nick Hobbs was a Google product manager who had worked on AR, Google Assistant, Google's mobile app, and self-driving cars, among other things. Co-founder and CTO Andrea Huey, meanwhile, was a Google senior software engineer, who worked on the Google iOS app and had a prior stint at Microsoft.

While Facebook, Twitter, Google and other popular web-service providers are busy deploying legions of people to mitigate online toxicity in the forms of hate speech, bullying, and sexual/racial abuse, two lesser-known companies have come together in a new research and development project to try and resolve these problems in the live-streaming video industry. The Meet Group, which develops software for interactive dating websites, and Spectrum Labs, which makes an AI-based audio-content moderation platform, on July 27 announced an expansion of their partnership to include a significant R&D commitment into voice moderation aimed at protecting users from online toxicity in TMG's live-streaming applications. The Meet Group owns several mobile social networking services including MeetMe, hi5, LOVOO, Growlr, Skout, and Tagged. The company has registered millions of mobile daily active users and facilitates tens of millions of conversations daily. Its mobile apps are available on iOS and Android in multiple languages.