After a school shooting in Parkland, Florida left 17 people dead, RealNetworks decided to make its facial recognition technology available for free to schools across the US and Canada. If school officials could detect strangers on their campuses, they might be able to stop shooters before they got to a classroom. Anxious to keep children safe from gun violence, thousands of schools reached out with interest in the technology. Dozens started using SAFR, RealNetworks' facial recognition technology. From working with schools, RealNetworks, the streaming media company, says it's learned an important lesson: Facial recognition isn't likely an effective tool for preventing shootings.

A new law enforcement app called Clearview is taking a leap into the legal unknown by creating one of the biggest known facial recognition databases around, powered by 3 billion public pictures pulled from social media.

Police in London are moving ahead with a deploying a facial recognition camera system despite privacy concerns and evidence that the technology is riddled with false positives. The Metropolitan Police, the U.K.'s biggest police department with jurisdiction over most of London, announced Friday it would begin rolling out new "live facial recognition" cameras in London, making the capital one of the largest cities in the West to adopt the controversial technology. The "Met," as the police department is known in London, said in a statement the facial recognition technology, which is meant to identify people on a watch list and alert police to their real-time location, would be "intelligence-led" and deployed to only specific locations. It's expected to be rolled out as soon as next month. However, privacy activists immediately raised concerns, noting that independent reviews of trials of the technology showed a failure rate of 81%.

What is facial recognition - and how do police use it?

This is a catch-all term for any technology that involves cataloguing and recognising human faces, typically by recording the unique ratios between an individual's facial features, such as eyes, nose and mouth. The technology can be applied to everything from emotion tracking to animation, but the most controversial involve using facial features as biometric identifiers, that is, to identify individuals based on just a photo or video of their face. After a trial of the technology, the Metropolitan police have said they will start to use it in London within a month. On Friday, the force said it would be used to find suspects on "watchlists" for serious and violent crime, as well as to help find children and vulnerable people. Scotland Yard said the public would be aware of the surveillance, with the cameras being placed in open locations and officers handing out explanatory leaflets.

The Metropolitan police will start using live facial recognition, Britain's biggest force has announced. The decision to deploy the controversial technology, which has been dogged by privacy concerns and questions over its lawfulness, was immediately condemned by civil liberties groups, who described the move as "a breathtaking assault on our rights". But the Met said that after two years of trials, it was ready to use the cameras within a month. The force said it would deploy the technology overtly and only after consulting communities in which it is to be used. Nick Ephgrave, an assistant commissioner, said: "As a modern police force, I believe that we have a duty to use new technologies to keep people safe in London. Independent research has shown that the public support us in this regard."

Facial recognition is a technology that can be used to identify people without their knowledge or consent. It relies on the prevalence of cameras, which are becoming both more powerful and smaller, and machine learning technologies that can match the output of these cameras with images from a database of existing photos. People can be identified at a distance by their heart beat or by their gait, using a laser-based system. Cameras are so good that they can read fingerprints and iris patterns from meters away. And even without any of these technologies, we can always be identified because our smartphones broadcast unique numbers called MAC addresses.

The 57-year-old mystery of an infamous prison break from Alcatraz may have finally been solved using artificial-intelligence and facial-recognition technology. Rothco, the Irish creative agency owned by Accenture Interactive, teamed up with AI specialists at Identv to analyse a picture of two escapees and have, for the first time, confirmed their identities. On 11 June 1962, three prisoners – Frank Morris, along with brothers John and Clarence Anglin – broke out of their cells and escaped from the prison on Alcatraz Island, near San Francisco Bay. The trio's extraordinary escape, in which they used sharpened spoons to dig through the walls and made papier-mâché dummies to fool the guards, was made famous in the 1979 movie Escape from Alcatraz. The prison, which shut down in 1963, was famed for being supposedly impossible to escape from.

London police to deploy facial recognition cameras across the city

Live facial recognition cameras will be deployed across London, with the city's Metropolitan Police announcing today that the technology has moved past the trial stage and is ready to be permanently integrated into everyday policing. The cameras will be placed in locations popular with shoppers and tourists, like Stratford's Westfield shopping center and the West End, reports BBC News. Each camera will scan for faces contained in "bespoke" watch lists, which the Met says will predominantly contain individuals "wanted for serious and violent offences." When the camera flags an individual, police officers will approach and ask them to verify their identity. If they're on the watch list, they'll be arrested. 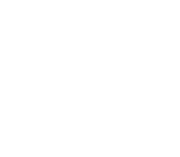 AIciti is your security partner offering you a proactive and interactive system that is built to prevent crime in real-time and keep your home, office, retail shop, corporate office, and ultimately the whole world a safer place. AIciti is one of its kind security camera powered by the reliable Artificial Intelligence that never lets an unknown face or a suspect criminal pass through its sharp lens. AIciti is always there as your watchful protector that guards your property at all costs. Due to its Multidimensional value addition using deep learning analytics, the use cases of AIciti expand to multiple domains. Companies can better identify unauthorized entries in the restricted areas.

Sen. Ed MarkeyEdward (Ed) John MarkeyParnas pressure grows on Senate GOP Sanders defends vote against USMCA: 'Not a single damn mention' of climate change The Hill's Morning Report -- President Trump on trial MORE (D-Mass.) on Thursday sent a series of questions to the CEO of Clearview AI after reports that the company has been selling facial recognition software with an expansive database to law enforcement. The New York Times first reported over the weekend that more than 600 law enforcement agencies have started working with Clearview, which claims to have a database of more than 3 billion photos, in the last year. "Any technology with the ability to collect and analyze individuals' biometric information has alarming potential to impinge on the public's civil liberties and privacy," Markey wrote in the letter to CEO Hoan Ton-That. "Clearview's product appears to pose particularly chilling privacy risks, and I am deeply concerned that it is capable of fundamentally dismantling Americans' expectation that they can move, assemble, or simply appear in public without being identified," he continued. According to the Times, Clearview has built its software by scraping major social media platforms and allowing users to upload photos of strangers.