Well, that's one way to do things. According to a report from The Information(Opens in a new window), Apple's upcoming mixed reality headset could have a truly funky method for designing user-created apps. Put simply, users may be able to speak animated AR objects (like animals) and other elements into existence using Siri. This apparently might also include the ability to scan 3D objects using an iPhone to turn them into AR models. The Information also reported that users may be able to upload their created apps to the App Store. This would, obviously, negate or at least substantially reduce the need for someone to know how to code in order to make something for Apple's long-rumored headset.

The best dating apps for lesbians and gay women

This content originally appeared on Mashable for a US audience and has been adapted for the UK audience. Online dating as a lesbian, for the most part, still involves having your space invaded by straight people. The heteronormative weirdness got so alienating that lesbians began turning to TikTok(Opens in a new window) as a means of meeting other single lesbians -- turns out, it's a pretty good matchmaker. But it's unrealistic to expect a social media app to work like a dating app for everyone. It's hard for some of us to comprehend, but not everyone spends every free minute on TikTok.

The best gay dating apps for hookups, serious relationships, and everything else

This content originally appeared on Mashable for a US audience and has been adapted for the UK audience. Most people have at least one horror story about online dating. It's a rite of passage that single people love to hate. But the horror stories look a little different for members of the LGBTQ community. On top of the classic awkward Hinge date anecdotes and screenshots of a corny bio seeping with secondhand embarrassment, gay singles deal with all sorts of alienating interactions.

On a recent episode of Dr. Phil, the host spoke with some of Jeffrey Dahmer's victims and showed them an interview he filmed with the father of one of America's most infamous serial killers. A 21-year-old Louisiana man has been sentenced to 45 years in prison after plotting a Jeffrey Dahmer-like scheme to meet men on the gay dating app Grindr and kill them, according to federal officials. Chance Seneca of Lafayette Parish targeted one particular victim, as well as other gay men, through the app in 2020 because of their sexual orientation and gender, the Justice Department said. "The facts of this case are truly shocking, and the defendant's decision to specifically target gay men is a disturbing reminder of the unique prejudices and dangers facing the LGBTQ community today," Assistant Attorney General Kristen Clarke of the Justice Department's Civil Rights Division said in a Wednesday statement. Clarke continued: "The internet should be accessible and safe for all Americans, regardless of their gender or sexual orientation. We will continue to identify and intercept the predators who weaponize online platforms to target LGBTQ victims and carry out acts of violence and hate."

The upside to A.I. assistants is boundless--but the downsides are also clear

The potential is huge, which is why Microsoft is extending its partnership with OpenAI through a "multiyear, multibillion dollar investment"--reportedly a $10 billion outlay that would value the company at near $30 billion. One can imagine a future where everyone has a "generative A.I." assistant that offers quick solutions to business challenges, writes instant computer code based on verbal commands, and conjures up art and video on demand. But the downsides are clear as well. ChatGPT is often wrong, and provides no attribution or sourcing for its information. It has made it instantly easier to saturate the Internet with invasive ads and dubious information, and has opened up a whole new superhighway for cheating in schools. 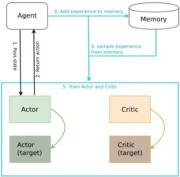 In this era, a massive volume of information is available to the users through web which leads to information overload. The Recommender systems are used to facilitate the search through this vast space of items by giving user personalised services and items. The vast majority of traditional recommendation systems consider the recommendation procedure as a static process and make recom- mendations following a fixed strategy. A user interacts with recommendation engine in a sequence of exchanges of recommendations and provides feedback on them. Hence, we should also try to incorporate the feedback ofthe user at each time step while recommending items at the next time step.

Kurt "CyberGuy" Knutsson helps you to find parking spots with this easy to use Apple Maps feature. An increasing number of you are turning to streaming as your primary way of consuming media. New streaming services and original content are also expected to drive growth in the industry. With all of this in mind, we want to ensure that you can watch all the content you love, so we've gathered up five of the best streaming devices on the market. CLICK TO GET KURT'S CYBERGUY NEWSLETTER WITH QUICK TIPS, TECH REVIEWS, SECURITY ALERTS AND EASY HOW-TO'S TO MAKE YOU SMARTER With over 208,000 reviews on Amazon and an 84% approval rating at the time of publishing, the Amazon Fire Stick is an excellent streaming device choice.

Background checks and ID verification systems in dating apps are among the measures being considered as governments around the country grapple with how to keep people safe while they are looking for love online. The strategies were discussed by ministers, victim-survivors, authorities and technology companies as part of national dating app roundtable talks in Sydney on Wednesday. The federal communications minister, Michelle Rowland, said it was an "important first step", flagging discussion of possible longer-term changes like background checks for dating app users. "None of us underestimate the complex issues around privacy, user safety, data collection and management that are involved," she said. "There's no one law that is going to fix this issue."