[Sometimes called Case-Based Reasoning or CBR]
"At the highest level of generality, a general CBR cycle may be described by the following four processes: 1. RETRIEVE the most similar case or cases. 2. REUSE the information and knowledge in that case to solve the problem. 3. REVISE the proposed solution. 4. RETAIN the parts of this experience likely to be useful for future problem solving "– from Case-Based Reasoning: Foundational Issues, Methodological Variations, and System Approaches. By A. Aamodt and E. Plaza. (1994)

Now You Can Use Any Language With IBM Watson Assistant

When venturing into the field of chatbots and Conversational AI, usually the process starts with a search of what frameworks are available. Invariably this leads you to one of the big cloud Chatbot service providers. Most probably you will end up using IBM Watson Assistant, Microsoft LUIS/Bot Framework, Google Dialog Flow etc. There are advantages…these environments offer easy entry in terms of cost and a low-code or no-code approach. However, one big impediment you often run into with these environments, is the lack of diversity when it comes to language options. This changed 17 June 2021 when IBM introduced the Universal language model. 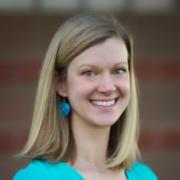 Alex Migitko started playing tabletop role-playing games (RPGs) 15 years ago. But as life got more demanding, he couldn't commit to the time needed for preparation and play, both as a game facilitator and player. Though passionate about gaming, he ultimately stopped. These "aging out" stories are all too common. Players fall in love with gaming because it provides such depth and breadth of creativity and escape.

Quran Memorization Course. A Proven System To Do It Easy NOW

In this Course you will learn and gain 6 new habits. Each habit will make big change in your Memorization Ability. Many people who have taken this course before were able to memorize the whole holy Quran short Time. Even some of them were able to memorize the whole Quran in short Time. This course helped myself and when I noticed the amazing results, I have decided to do this course publicly to help million of Muslims around the world.

Seattle real estate giant Zillow Group announced new tweaks to its Zestimate tool that provides home value data on more than 104 million properties. The company now uses machine learning-based neural networks and additional data that improve how quickly the algorithm reacts to market trends. Zillow said Zestimate's national median error rate for off-market homes is now 6.9%, an improvement of nearly a full percentage point. The median error rate for on-market homes is 1.9%. Using neural networks was a technique used in 2019 by the winners of the ZIllow Prize, a competition to improve the Zestimate.

An Exponential Improvement on the Memorization Capacity of Deep Threshold Networks

It is well known that modern deep neural networks are powerful enough to memorize datasets even when the labels have been randomized. Recently, Vershynin (2020) settled a long standing question by Baum (1988), proving that \emph{deep threshold} networks can memorize $n$ points in $d$ dimensions using $\widetilde{\mathcal{O}}(e^{1/\delta^2}+\sqrt{n})$ neurons and $\widetilde{\mathcal{O}}(e^{1/\delta^2}(d+\sqrt{n})+n)$ weights, where $\delta$ is the minimum distance between the points. In this work, we improve the dependence on $\delta$ from exponential to almost linear, proving that $\widetilde{\mathcal{O}}(\frac{1}{\delta}+\sqrt{n})$ neurons and $\widetilde{\mathcal{O}}(\frac{d}{\delta}+n)$ weights are sufficient. Our construction uses Gaussian random weights only in the first layer, while all the subsequent layers use binary or integer weights. We also prove new lower bounds by connecting memorization in neural networks to the purely geometric problem of separating $n$ points on a sphere using hyperplanes.

Rethink the Connections among Generalization, Memorization and the Spectral Bias of DNNs

Over-parameterized deep neural networks (DNNs) with sufficient capacity to memorize random noise can achieve excellent generalization performance, challenging the bias-variance trade-off in classical learning theory. Recent studies claimed that DNNs first learn simple patterns and then memorize noise; some other works showed a phenomenon that DNNs have a spectral bias to learn target functions from low to high frequencies during training. However, we show that the monotonicity of the learning bias does not always hold: under the experimental setup of deep double descent, the high-frequency components of DNNs diminish in the late stage of training, leading to the second descent of the test error. Besides, we find that the spectrum of DNNs can be applied to indicating the second descent of the test error, even though it is calculated from the training set only.

This work studies the (non)robustness of two-layer neural networks in various high-dimensional linearized regimes. We establish fundamental trade-offs between memorization and robustness, as measured by the Sobolev-seminorm of the model w.r.t the data distribution, i.e the square root of the average squared $L_2$-norm of the gradients of the model w.r.t the its input. More precisely, if $n$ is the number of training examples, $d$ is the input dimension, and $k$ is the number of hidden neurons in a two-layer neural network, we prove for a large class of activation functions that, if the model memorizes even a fraction of the training, then its Sobolev-seminorm is lower-bounded by (i) $\sqrt{n}$ in case of infinite-width random features (RF) or neural tangent kernel (NTK) with $d \gtrsim n$; (ii) $\sqrt{n}$ in case of finite-width RF with proportionate scaling of $d$ and $k$; and (iii) $\sqrt{n/k}$ in case of finite-width NTK with proportionate scaling of $d$ and $k$. Moreover, all of these lower-bounds are tight: they are attained by the min-norm / least-squares interpolator (when $n$, $d$, and $k$ are in the appropriate interpolating regime). All our results hold as soon as data is log-concave isotropic, and there is label-noise, i.e the target variable is not a deterministic function of the data / features. We empirically validate our theoretical results with experiments. Accidentally, these experiments also reveal for the first time, (iv) a multiple-descent phenomenon in the robustness of the min-norm interpolator.

It is well known that deep learning models have a propensity for fitting the entire training set even with random labels, which requires memorization of every training sample. In this paper, we investigate the memorization effect in adversarial training (AT) for promoting a deeper understanding of capacity, convergence, generalization, and especially robust overfitting of adversarially trained classifiers. We first demonstrate that deep networks have sufficient capacity to memorize adversarial examples of training data with completely random labels, but not all AT algorithms can converge under the extreme circumstance. Our study of AT with random labels motivates further analyses on the convergence and generalization of AT. We find that some AT methods suffer from a gradient instability issue, and the recently suggested complexity measures cannot explain robust generalization by considering models trained on random labels. Furthermore, we identify a significant drawback of memorization in AT that it could result in robust overfitting. We then propose a new mitigation algorithm motivated by detailed memorization analyses. Extensive experiments on various datasets validate the effectiveness of the proposed method.

On the geometry of generalization and memorization in deep neural networks

Practical Use Cases of Artificial Intelligence in Marketing

The use case for Artificial Intelligence (AI) in the workplace is there. Deloitte's Tech Trends 2021 found AI and machine learning technologies are helping financial services firm Morgan Stanley use decades of data to supplement human insight with accurate models for fraud detection and prevention, sales and marketing automation, and personalized wealth management, among others. For marketing and customer experience, in particular, organizations are using AI and machine learning to improve internal business processes and workflow, automating repetitive tasks and to improve customer journeys and touchpoints, among other use cases. The CMO Survey by Duke University reports a steady increase as far as the extent to which companies are reporting implementing AI or ML into their marketing toolkits. However, the majority of marketers know AI is very important or critical to their success this year, according to Paul Roetzer, founder and CEO of the Marketing AI Institute and PR 20/20.