Rust is a multi-paradigm language with a focus on memory safety. It aims to be systems programming oriented, allowing fine-grained memory management without garbage collection but also without tedious and error-prone manual memory allocations and deallocations. It achieves this goal by means of its ownership system (mostly related to variable aliasing). At any point of a Rust program, the compiler tracks how many variables refer to a given data, and enforces a set of rules which enable automatic memory management, memory safety and data-race free programs. The language also focuses on performance, with powerful compilation optimizations and language constructs that allows writing zero-cost abstraction code.

SQL, Lisp, and Haskell are the only programming languages that I've seen where one spends more time thinking than typing.

Why Golang and Not Python? Which Language is Perfect for AI? - RTInsights

Golang is now becoming the mainstream programming language for machine learning and AI with millions of users worldwide. Python is awesome, but Golang is perfect for AI programming! Launched a decade back, November 2009, Golang recently turned ten. The language developed by Google's developers is now making programmers more productive. These developers main goal was to create a language that would eliminate the so-called "extraneous garbage" of programming languages like C .

Why Golang and Not Python? Which Language is Perfect for AI?

Golang is now becoming the mainstream programming language for machine learning and AI with millions of users worldwide. Python is awesome, but Golang is perfect for AI programming! Launched a decade back, November 2009, Golang recently turned ten. The language built by Google's developers is now making programmers more productive. These creators main goal was to create a language that would eliminate the so-called "extraneous garbage" of programming languages like C .

Innovation Saskatchewan plans to use robots to help reduce the amount of solid waste that is placed in landfills. The group unveiled its new technology at Innovation Place on the University of Regina campus on Tuesday from its two winners of the 2019 Innovation Saskatchewan challenge. Prairie Robotics used artificial intelligence and cameras to capture waste data in real time while researchers at the U of R created a system designed to handle Saskatchewan's extreme weather all while being able to weigh moving vehicles. The province expects the two solutions to be beneficial in help to reduce sold waste dumped into landfills by 30 per cent by 2030. "Our tech community has developed a tracking and reporting mechanism using artificial intelligence which can reduce the expense of landfill operations and lead to long-term environmental efficiencies," Innovation Minister Tina Beaudry-Mellor said.

What AI and Machine learning Can Do for a Smart City? Analytics Insight

Artificial Intelligence and Machine Learning algorithms have increasingly become an integral part of several industries. Now they are making their way to smart city initiatives, intending to automate and advance municipal activities and operations at large. Typically, a city when recognized as a smart city means that it is leveraging some kind of internet of things (IoT) and machine learning machinery to glean data from various points. A smart city has various use cases for AI-driven and IoT-enabled technology, from maintaining a healthier environment to advancing public transport and safety. By leveraging AI and machine learning algorithms, along with IoT, a city can plan for better smart traffic solutions making sure that inhabitants get from one point to another as safely and efficiently as possible.

How Ancestry used AI to optimize its microservices apps TechBeacon 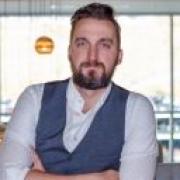 IT has been transformed over the past decade. Microservices and DevOps have accelerated time-to-value for code, and cloud computing has made infrastructure almost completely programmable. Everyone is scrambling to adapt as efficiently as possible to this new landscape. With a microservices model, you can roll out new application features quickly and often. This is highly productive and agile.

The 'Amazon effect' is wreaking havoc on the recycling industry

Last year's Cyber Monday was the biggest single shopping day in Amazon's 25 year history, but the company's success has led to problems for the country's recycling industry. The number of annual deliveries through the US Postal Service, Amazon's default delivery method, has doubled over the last decade, going from 3.1 billion in 2009 to 6.2 billion in 2018. The extraordinary growth of cardboard waste from shipping materials has been dubbed'the Amazon effect' at many waste removal and recycling companies. Waste management and recylcing firms have begun to call the enormous growth in packaging materials that end up in the trash as'the Amazon effect' According to a report in The Verge, corrugated cardboard accounts for close to half of the curbside recycling material in New York today, compared to just fifteen percent in 2003. The enormous increase in residential packaging materials has come at the worst possible time, as in 2018 China, formerly the world's largest recycler, began refusing shipments of recyclable cardboard from the US in instances where it was contaminated by .5 percent or more of other material.

Humans have been building machines to separate waste into different streams of different value requiring differing processes for decades. Until recently, we were mostly failing to do it well enough to be worth the investment. Instead, millions of people globally manually sort trash, sometimes with developed country workplace safety standards, sometimes living in developing country trash fields and scraping a living out of them. In London in the 1850s, when the population was roughly 3 million, a thousand rag and bone men plied their trade, greasy bags over their shoulders or slung on rough carts, picking through the detritus of the city to find enough items of value to allow them to pay for their lodging and food. In 1988, the World Bank estimated that 1-2% of the global population made most or all of its living picking through waste.