Evaluating brain MRI scans with the help of artificial intelligence

Greece is just one example of a population where the share of older people is expanding, and with it the incidences of neurodegenerative diseases. Among these, Alzheimer's disease is the most prevalent, accounting for 70% of neurodegenerative disease cases in Greece. According to estimates published by the Alzheimer Society of Greece, 197,000 people are suffering from the disease at present. This number is expected to rise to 354,000 by 2050. Dr. Andreas Papadopoulos1, a physician and scientific coordinator at Iatropolis Medical Group, a leading diagnostic provider near Athens, Greece, explains the key role of early diagnosis: "The likelihood of developing Alzheimer's may be only 1% to 2% at age 65. But then it doubles every five years. Existing drugs cannot reverse the course of the degeneration; they can only slow it down. This is why it's crucial to make the right diagnosis in the preliminary stages--when the first mild cognitive disorder appears--and to filter out Alzheimer's patients2."

How AI can help the world fight wildfires

The threat of wildfires has never been greater than it is today. In recent years, countries around the world – from the US, Argentina and Brazil to Italy, Greece and Australia – have been gravely affected by wildfires. This has resulted in many human and animal deaths, as well as the loss of millions of hectares of forests. And wildfire risks continue to grow – a recent UN Environment Programme report warns that the number of wildfires will rise by 50% by 2100 and governments are not prepared.

Fabrice Leggeri's Resignation: The Final Days of the Frontex Chief

A close parsing of Leggeri's comments in Delphi reveals the broader motifs with which he would seek to defend himself from his critics a short time later. Frontex, he said, is a law enforcement authority and not an immigration agency, not showing much empathy for the women and children that had been abandoned at sea in the Aegean. He wrote something similar in his email to Frontex staff following his resignation. Frontex, Leggeri contended, is to be transformed into a sort of fundamental rights body, with a narrative to that effect spreading "discretely, but efficiently." Such sentiments make it sound as though Leggeri believes in some kind of large-scale conspiracy. 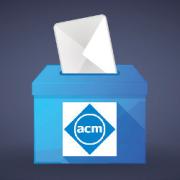 Locating a 2,000-year-old Roman Shipwreck with Image Processing and AI

Archaeologists recently discovered a Roman shipwreck in the eastern Mediterranean. The ship and its cargo are both in good condition, despite being 2,000 years old. The wreck, named the Fiskardo after the nearby Roman Empire port of the same name, is the largest shipwreck found in the region to date. The Fiskardo is filled with amphorae -- large terracotta pots that were used in the Roman Empire for transporting goods such as wine, grain, and olive oil. CNN reported, "The survey was carried out by the Oceanus network of the University of Patras, using artificial intelligence image-processing techniques."

"Until recently, sorting has been carried out by manual labour with a high demand in time, often with errors occurring, causing delivery delays for our customers and increased costs for the company," Hellenic Post Chief Executive George Constantopoulos told Reuters. 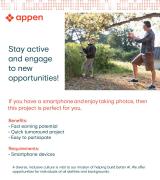 Sourcing Specialist at Appen ACTIVELY HIRING Let's connect! Apply and join our team today! We are currently looking for Candidates in different Languages and Dialects in #Greece. Languages and Dialects: #Turkish (Turkey) #Greek (Greece) #German (Germany) #English (United States) Are you ready to help drive advances in computer vision applications for a major technology company? If you have a smartphone and enjoy taking photos then this project is perfect for you. 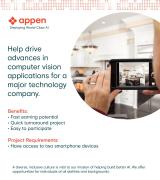 Sourcing Specialist at Appen ACTIVELY HIRING Let's connect! We are currently looking for Candidates in different Languages and Dialects in #Greece Languages and Dialects: #German (Germany) #Turkish (Turkey) #Greek (Greece) Are you ready to help drive advances in computer vision applications for a major technology company? If you have a smartphone and enjoy videos then this project is perfect for you. We are looking for several video submissions of different rooms in your home environment with the main lighting switched ON and NOT from battery-powered or natural light. These will be taken on your smartphone devices and uploaded through our platform.

Google DeepMind has collaborated with classical scholars to create a new AI tool that uses deep neural networks to help historians decipher the text of damaged inscriptions from ancient Greece. The new system, dubbed Ithaca, builds on an earlier text restoration system called Pythia. This story originally appeared on Ars Technica, a trusted source for technology news, tech policy analysis, reviews, and more. Ars is owned by WIRED's parent company, Condé Nast. Ithaca doesn't just assist historians in restoring text--it can also identify a text's location of origin and the date of creation, according to a new paper the research team published in the journal Nature.