Artificial Intelligence (AI) and Data-Driven Rehabilitation: The next frontier in the management of cardiometabolic disorders - PubMed 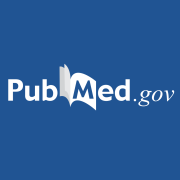 One of those masterclasses, covers the topic of "intelligent automation" or as we refer to as "cognitive RPA". Last Tuesday, the first masterclass took place at our own offices in Leuven with over 30 enthusiastic participants. During these masterclasses, we demonstrate the possibilities of combining artificial intelligence (AI) and robotic process automation (RPA). Almost any potential business process for robotic process automation requires some form of human intelligence. Combining the expertise of our venture Brainjar with the people from Roborana, we we're able to deliver an in-depth workshop filled with use cases.

They are some of the most popular cartoon characters ever created and known the world over - but just what would the likes of Ned Flanders, Rapunzel and Moana look like in real life? Well, the images below offer a glimpse after being created by a digital artist who used artificial intelligence (AI) to help imagine what a host of characters from Disney films to The Simpsons might be like if they were'human'. Hidreley Leli Diao, from Brazil, who grew up watching The Simpsons, Hanna-Barbera shows, and Disney animations, experimented with a piece of software that creates photo-realistic portraits of people who do not actually exist. A digital artist from Brazil has used artificial intelligence software to create photo-realistic portraits showing what popular cartoon characters might look like in real life. FaceApp is a photo-morphing app that uses what it calls artificial intelligence and neural face transformations to make alterations to faces. The app can use photos from your library or you can snap a photo within the app.

Recent success in the field of single image super-resolution (SISR) is achieved by optimizing deep convolutional neural networks (CNNs) in the image space with the L1 or L2 loss. However, when trained with these loss functions, models usually fail to recover sharp edges present in the high-resolution (HR) images for the reason that the model tends to give a statistical average of potential HR solutions. During our research, we observe that gradient maps of images generated by the models trained with the L1 or L2 loss have significantly lower variance than the gradient maps of the original high-resolution images. In this work, we propose to alleviate the above issue by introducing a structure-enhancing loss function, coined Gradient Variance (GV) loss, and generate textures with perceptual-pleasant details. Specifically, during the training of the model, we extract patches from the gradient maps of the target and generated output, calculate the variance of each patch and form variance maps for these two images. Further, we minimize the distance between the computed variance maps to enforce the model to produce high variance gradient maps that will lead to the generation of high-resolution images with sharper edges. Experimental results show that the GV loss can significantly improve both Structure Similarity (SSIM) and peak signal-to-noise ratio (PSNR) performance of existing image super-resolution (SR) deep learning models.

I really liked how Moe Szyzlak, Ned Flanders and Milhouse Van Houten turned out because initially I thought that the Simpsons drawing style would be very hard to emulate on'real life' terms, but they are actually very easy to recognize.

Scientists have developed an artificial intelligence (AI) system that can analyze eye scans taken during a routine visit to an optician or eye clinic and identify patients at a high risk of a heart attack.  Doctors have recognized that changes to the tiny blood vessels in the retina are indicators of broader vascular disease, including problems with the heart.  In the research, led by the University of Leeds, deep learning techniques were used to train the AI system to automatically read retinal scans and identify those people who, over the following year, were likely to have a heart attack.   Deep learning is a complex series of algorithms that enable computers to identify patterns in data and make predictions.  Writing in the journal Nature Machine Intelligence, the researchers report that the AI system had an accuracy of between 70% and 80% and could be used as a second referral mechanism for in-depth cardiovascular investigation.   The use of deep learning in the analysis of retinal scans could revolutionize the way patients are regularly screened for signs of heart disease.  Professor Alex Frangi, who holds the Diamond Jubilee Chair in Computational Medicine at the University of Leeds and is a Turing Fellow at the Alan Turing Institute, supervised the research. He said: “Cardiovascular diseases, including heart attacks, are the leading cause of early death worldwide and the second-largest killer in the UK. This causes chronic ill-health and misery worldwide.  “This technique opens up the possibility of revolutionizing the screening of cardiac disease. Retinal scans are comparatively cheap and routinely used in many optician practices. As a result of automated screening, patients who are at high risk of becoming ill could be referred to specialist cardiac services.  “The scans could also be used to track the early signs of heart disease.”  The study involved a worldwide collaboration of scientists, engineers, and clinicians from the University of Leeds; Leeds Teaching Hospitals NHS Trust; the University of York; the Cixi Institute of Biomedical Imaging in Ningbo, part of the Chinese Academy of Sciences; the University of Cote d’Azur, France; the National Centre for Biotechnology Information and the National Eye Institute, both part of the National Institutes for Health in the US; and KU Leuven in Belgium.  The UK Biobank provided data for the study.  Chris Gale, Professor of Cardiovascular Medicine at the University of Leeds and a Consultant Cardiologist at Leeds Teaching Hospitals NHS Trust, was one of the authors of the research paper.  He said: “The AI system has the potential to identify individuals attending routine eye screening who are at higher future risk of cardiovascular disease, whereby preventative treatments could be started earlier to prevent premature cardiovascular disease.”  Deep learning  During the deep learning process, the AI system analyzed the retinal scans and cardiac scans of more than 5,000 people. The AI system identified associations between pathology in the retina and changes in the patient’s heart.   Once the image patterns were learned, the AI system could estimate the size and pumping efficiency of the left ventricle, one of the heart’s four chambers, from retinal scans alone. An enlarged ventricle is linked with an increased risk of heart disease.   With information on the estimated size of the left ventricle and its pumping efficiency combined with basic demographic data about the patient, their age, and sex, the AI system could predict their risk of a heart attack over the subsequent 12 months.   Currently, details about the size and pumping efficiency of a patient’s left ventricle can only be determined if they have diagnostic tests such as echocardiography or magnetic resonance imaging of the heart. Those diagnostic tests can be expensive and are often only available in a hospital setting, making them inaccessible for people in countries with less well-resourced healthcare systems - or unnecessarily increasing healthcare costs and waiting times in developed countries.  Sven Plein, British Heart Foundation Professor of Cardiovascular Imaging at the University of Leeds and one of the authors of the research paper, said: “The AI system is an excellent tool for unraveling the complex patterns that exist in nature, and that is what we have found here – the intricate pattern of changes in the retina linked to changes in the heart.”

AI, ML bubble to the top in new beverage-ordering solution

Did you miss a session from the Future of Work Summit? How your bottle of beer found its way into the fridge when you sat down last weekend to watch a football or basketball game on TV is hardly of consequence when you're looking to relax. What you know is that you picked up a six-pack at your local market, but the circuitous route it traveled and the IT used to activate the supply chain before you popped off the top will enlighten you. Anheuser-Busch InBev SA/NV, commonly known as AB InBev, is a multinational drink and brewing company based in Leuven, Belgium. The original InBev global brands are Budweiser, Corona, and Stella Artois.

Facebook has worked for years to revamp its handling of political ads -- but researchers who conducted a comprehensive audit of millions of ads say the social media company's efforts have had uneven results. The problems, they say, include overcounting political ads in the U.S. -- and undercounting them in other countries. And despite Facebook's ban on political ads around the time of last year's U.S. elections, the platform allowed more than 70,000 political ads to run anyway, according to the research team that is based at the NYU Cybersecurity for Democracy and at the Belgian university KU Leuven. Their research study was released early Thursday. They also plan to present their findings at a security conference next August.

From Statistical Relational to Neural Symbolic Artificial Intelligence: a Survey

The integration of learning and reasoning is one of the key challenges in artificial intelligence and machine learning today, and various communities have been addressing it. That is especially true for the field of neural-symbolic computation (NeSy) [10, 21], where the goal is to integrate symbolic reasoning and neural networks. NeSy already has a long tradition, and it has recently attracted a lot of attention from various communities (cf. the keynotes of Y. Bengio and H. Kautz on this topic at AAAI 2020, the AI Debate [9] between Y. Bengio and G. Marcus). Another domain that has a rich tradition in integrating learning and reasoning is that of statistical relational learning and artificial intelligence (StarAI) [39, 85]. But rather than focusing on integrating logic and neural networks, it is centred around the question of integrating logic with probabilistic reasoning, more specifically probabilistic graphical models. Despite the common interest in combining symbolic reasoning with a basic paradigm for learning, i.e., probabilistic graphical models or neural networks, it is surprising that there are not more interactions between these two fields.

After revolutionizing various industry sectors, the introduction of artificial intelligence in healthcare is transforming how we diagnose and treat critical disorders. A team of experts in the Laboratory for Respiratory Diseases at the Catholic University of Leuven, Belgium, trained an AI-based computer algorithm using good quality data. Dr. Marko Topalovic, a postdoctoral researcher in the team, announced that AI was found to be more consistent and accurate in interpreting respiratory test results and in suggesting diagnoses, as compared to lung specialists. Likewise, Artificial Intelligence Research Centre for Neurological Disorders at the Beijing Tiantan Hospital and a research team from the Capital Medical University developed the BioMind AI system, which correctly diagnosed brain tumor in 87% of 225 cases in about 15 minutes, whereas the results of a team of 15 senior doctors displayed only 66% accuracy. With further improvements and the support of other advanced technologies like machine learning, AI is getting smarter with time.