Do you remember the time when self-driving cars were upon us? It was almost a decade ago when the Autonomous Vehicle division at Google (now Waymo) promised a world where people would be chauffeured around by self-driving robot cars. We were shown computer renderings of futuristic cities filled with autonomous robot taxis and luxurious concept vehicles where riders could rest on fully reclining seats while watching high-resolution TVs. That was what they promised us. As in turns out, they were wrong.

The U.S. Senate Commerce Committee on Wednesday again rejected attempts to lift regulations to allow for the deployment of thousands of autonomous vehicles as union groups and attorneys campaign against the legislative proposal. The committee rebuffed the bid by Republican Senator John Thune to attach measures lifting regulations on autonomous vehicles to a $78 billion surface transportation bill after he sought last month to attach it in May to a bill on China tech policy. Thune has proposed granting the U.S. National Highway Traffic Safety Administration (NHTSA) the power to grant exemptions for tens of thousands of self-driving vehicles per manufacturer from safety standards written with human drivers in mind. The surface bill, which would boost funding for Amtrak and other transportation needs, was approved by the committee on a 25-3 vote. Thune and other lawmakers have sought for nearly five years to win approval. 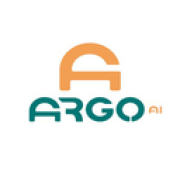 Argo AI is in the business of building self-driving technology you can trust. With experienced leaders in the field and collaborative partnerships with some of the world's largest automakers, we're building self-driving technology that is engineered to scale globally and transform mobility for millions. Talented individuals join our team because they share our purpose to make it safe, easy, and enjoyable for everyone to get around cities. We aspire to impact key industries that move people and goods, from ride hailing to deliveries. Our team delivers solutions to camera-based perception problems on the autonomous vehicle platform. These problems include object detection, scene segmentation, and various classification and regression problems.

Chinese tech giant Baidu and state-owned BAIC Group's ARCFOX Brand have teamed to build 1000 autonomous electric vehicles (EVs) for use as taxis over the next three years -- and claim they've cut manufacturing costs to just $75,000 apiece. The announcement claims the reasonable price is due to maturation in technology and mass production capabilities and makes the vehicle, called the Apollo Moon, only one third of the cost of average L4 autonomous vehicles. Apollo Moon has a projected operating cycle of over five years and is built on the fully electric midsize crossover SUV, Arcfox α-T. As for the tech, it uses the ANP-Robotaxi navigation platform, which is currently in pilot. Baidu claims the architecture can "reduce the weight of autonomous vehicle kits while sharing intelligent driving vehicle data to create a closed-loop information ecosystem."

Waymo announced that it raised $2.5 billion from its parent company, Alphabet, and a dozen outside investors. It disclosed that the money is going to be used in its efforts to deploy autonomous vehicles for use on public roads. The funding round brings the total amount of capital invested into Waymo to more than $5 billion. That number does not include what has been spent by Alphabet to finance operations within the unit, which started as an internal Google project more than ten years ago. The autonomous vehicle development initiative was started by Google in 2009, with a small team of engineers sourced from its X research lab. The initiative initially operated under the codename Project Chauffeur and was eventually spun off after seven years into a standalone unit that would be called Waymo.

Baidu has inked a partnership that will see the Chinese tech giant build 1,000 autonomous ride-hailing electric vehicles over the the next three years. Its fifth generation of robotaxis will be produced at 480,000 yuan ($74,987) each, which it touts is a third of the average cost of manufacturing a Level 4 self-driving vehicle. The announcement Thursday was an expansion of its existing partnership with local state-owned manufacturer BAIC Group, specifically, with the latter's electric vehicle unit Arcfox. Previously more widely known for its search engine, Baidu shifted gears in 2015 when it began developing autonomous vehicles, testing them on roads in Beijing and California, USA. Called Apollo Moon, its next generation of robotaxis would be built on the Arcfox Alpha-T, a fully electric five-seater SUV. The vehicle would be suited up with various sensors, including 13 cameras and five millimeter-wave radars, computing unit redundancy functions, and failure detector and degradable processing algorithms.

At this very moment, artificial intelligence is tracking activity on North Carolina roadways. It's part of an effort to prevent potential accidents – or spur a quicker emergency response. The AI system gathers a variety of signals from existing technologies like mobile apps, connected vehicles and weather and event management systems. "It is coming in and sending us information about how people are moving and what direction vehicles are going and so on and so on," said Paul-Matthew Zamsky, head of strategic partnerships with Waycare, Ltd. The goal is to better understand traffic patterns and behavior without the need for more expensive infrastructure.

General Motors will raise its spending on electric and autonomous vehicles and add two U.S. battery factories as it gambles that consumers will eagerly switch from gasoline to the new technology. The announcements Wednesday came as crosstown rival Ford said its entire Lincoln luxury brand lineup would be electric or gas-electric hybrid by 2030, including four fully electric vehicles. For months, the automakers have been one-upping each other with electric vehicle announcements, which have fueled stock price increases for both companies. GM wouldn't give details about where it will build the new plants, but Chief Financial Officer Paul Jacobson said they would be similar in size to two factories now under construction in Lordstown, Ohio, and Spring Hill, Tennessee. Those factories each will employ more than 1,000 workers and cost about $2.3 billion.

Fox News Flash top headlines are here. Check out what's clicking on Foxnews.com. The U.S. Navy is looking to develop drones that work in both the sea and air. Several unclassified documents uploaded under the military branch's budget materials for 2022 mention the Navy's ongoing research for the dual-purpose technology, according to The Drive. Moreover, the news outlet reported that researchers and engineers for the Navy are working on "biocentric" projects that take inspiration from aquatic and airborne animals. In a 546-page budget estimate submitted for the fiscal year of 2022, the Navy states it aims to advance research into amphibious tactical support units and assault vehicles.