Don't Be Overwhelmed by NLP

With enormous amount go textual datasets available; giants like Google, Microsoft, Facebook etc have diverted their focus towards NLP. Let's these Tweets put things into perspective: This is barely the tip of the iceberg. So while you were trying to understand and implement a model, a bunch of new lighter and faster models were already available. I read them all to realize most of the research is re-iteration of similar concepts. Learn to use what's available, efficiently, before jumping on to what else can be used In practice, these models are a small part of a much bigger pipeline.

On Saturday, a user tested out racial discrimination existing in Twitter's AI photo tools using two strips of photos. Twitter crops pictures attached to a tweet, only showing the entire picture after a user clicks on it, to allow the tweet to be concise. Taking two photos--one of Mitch McConnell, a white US senator, and the other of former US president Barack Obama, who is Black--attached on a strip of white, the user tried to see which photos the microblogging platform will display in the tweet. In all his attempts, the user found that the AI displayed McConnell's photo over Obama's, even after changing all secondary features that could affect the order. 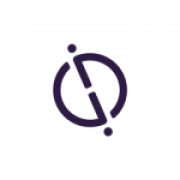 Verdict lists ten of the most popular tweets on artificial intelligence (AI) in August 2020 based on data from GlobalData's Influencer Platform. The top tweets were chosen from influencers as tracked by GlobalData's Influencer Platform, which is based on a scientific process that works on pre-defined parameters. Influencers are selected after a deep analysis of the influencer's relevance, network strength, engagement, and leading discussions on new and emerging trends. Ronald van Loon, principal analyst and CEO of Intelligent World, shared a video from the World Economic Forum on a neural machine translation technology developed by Google to provide natural translation between different languages using artificial intelligence and deep learning. The system was also used to translate two languages without using English as a bridge.

Tech start-up Areto Labs noticed online abuse was stopping women from going into politics – so it did something about it. "Imagine you have a job interview and every day, for a month, you have to walk down a dark alley, knowing the worst people in the world are in that alley and they will yell and scream at you," proposes Aucklander Jacqueline Comer, a creative technologist. "If you knew that, you wouldn't apply for the job. And, unfortunately, that's what women in politics have to put up with." Most people in the public eye cop some online criticism, but women get some of the most violent.