We're releasing Triton 1.0, an open-source Python-like programming language which enables researchers with no CUDA experience to write highly efficient GPU code--most of the time on par with what an expert would be able to produce. Triton makes it possible to reach peak hardware performance with relatively little effort; for example, it can be used to write FP16 matrix multiplication kernels that match the performance of cuBLAS--something that many GPU programmers can't do--in under 25 lines of code. Our researchers have already used it to produce kernels that are up to 2x more efficient than equivalent Torch implementations, and we're excited to work with the community to make GPU programming more accessible to everyone. Novel research ideas in the field of Deep Learning are generally implemented using a combination of native framework operators. While convenient, this approach often requires the creation (and/or movement) of many temporary tensors, which can hurt the performance of neural networks at scale.

Congratulations to enterprise AI development platform DataRobot with a massive $300 million Series G funding round led by Altimeter Capital and Tiger Global and an acquisition of MLOps startup Algorithmia.

All the sessions from Transform 2021 are available on-demand now. OpenAI today released Triton, an open source, Python-like programming language that enables researchers to write highly efficient GPU code for AI workloads. Triton makes it possible to reach peak hardware performance with relatively little effort, OpenAI claims, producing code on par with what an expert could achieve in as few as 25 lines. Deep neural networks have emerged as an important type of AI model, capable of achieving state-of-the-art performance across natural language processing, computer vision, and other domains. The strength of these models lies in their hierarchical structure, which generates a large amount of highly parallelizable work well-suited for multicore hardware like GPUs.

OpenAI proposes Triton language as an alternative to Nvidia's CUDA

Graphics processing units from Nvidia are too hard to program, including with Nvidia's own programming tool, CUDA, according to artificial intelligence research firm OpenAI. The San Francisco-based AI startup, which is backed by Microsoft and VC firm Khosla ventures, on Wednesday introduced the 1.0 version a new programming language specially crafted to ease that burden, called Triton, detailed in a blog post, with the link to GitHub source code. OpenAI claims Triton can deliver substantial ease-of-use benefits over coding in CUDA for some neural network tasks at the heart of machine learning forms of AI such as matrix multiplies. "Our goal is for it to become a viable alternative to CUDA for Deep Learning," the leader of the effort, OpenAI scientist Philippe Tillet, told ZDNet via email. Triton "is for machine learning researchers and engineers who are unfamiliar with GPU programming despite having good software engineering skills," said Tillet.

The Planets with the Giant Diamonds Inside - Issue 102: Hidden Truths

On the dark night of March 13, 1781, William Herschel settled down in his garden observatory in Bath, England, for a routine night of observing stars, when he noticed something out of place in the heavens. Through the eyepiece of his homemade 7-foot telescope, he spied an interloper in the constellation Gemini: "a curious, either nebulous star or perhaps a comet," as he recorded it. For weeks, he stalked the unknown object, monitoring its steady appearance and circular path around the sun until there could be no doubt about its true identity. He had discovered not a comet but a new planet, far more distant than any of the others. Being a politically astute fellow, Herschel proposed naming the planet Georgium Sidus, or "George's star," in honor of King George III. The ploy worked--he promptly was named the king's astronomer and received a royal stipend--but his colleagues outside of England objected. They wanted a noble and politically neutral name like Urania, the Greek muse of astronomy. In the end, scientists settled on the even more dignified "Uranus," the ancient Greek god of the sky and ancestor of the other deities. Uranus orbits the sun at twice the distance of Saturn, so Herschel's discovery instantly doubled the size of the known solar system. 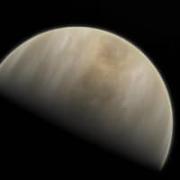 Washington – NASA is considering approving by next April up to two planetary science missions from four proposals under review, including one to Venus that scientists involved in the project said could help determine whether or not that planet harbors life. An international research team on Monday described evidence of potential microbes residing in the harshly acidic Venusian clouds: traces of phosphine, a gas that on Earth is produced by bacteria inhabiting oxygen-free environments. It provided strong potential evidence of life beyond Earth. The U.S. space agency in February shortlisted four proposed missions that are now being reviewed by a NASA panel, two of which would involve robotic probes to Venus. One of those, called DAVINCI, would send a probe into the Venusian atmosphere.

San Diego Supercomputer Center makes high performance computing resources available to researchers via a "condo cluster" model. Many homebuyers have found that the most affordable path to homeownership leads to a condominium, in which the purchaser buys a piece of a much larger building. This same model is in play today in the high performance computing centers at many universities. Under this "condo cluster" model, faculty researchers buy a piece of a much larger HPC system. In a common scenario, researchers use equipment purchase funds from grants or other funding sources to buy compute nodes that are added to the cluster.

CORAL GABLES, Fla., August 13, 2019 – What if massive data sets could be accessed and analyzed in just an hour, instead of a day? It could change the field of genomics, help researchers predict impacts of climate change more expediently, and help understand the origins of the universe. Today, the University of Miami (UM) announced that their new supercomputer, Triton, is installed and helping their researchers and analysts explore these possibilities. The new high-performance system uses the same AI-optimized architecture as the most powerful supercomputers in the world, the U.S. Department of Energy's Summit and Sierra supercomputers. The $3.7 million system was assembled and validated distally by IBM and the University's Center for Computational Science (CCS) personnel.

Seven hundred women a year die during childbirth in the United States, and about half of those deaths are considered preventable. Uncontrollable bleeding is the most common problem. Winnie Palmer Hospital for Women and Babies in Orlando, Florida, is now using artificial intelligence to monitor blood loss in real time. A robot simulates what it is like for a mother to experience a postpartum hemorrhage. Like thousands of new moms a year, Allison de Villiers almost died.

ORLANDO, Fla. - Seven hundred women a year die during childbirth in the United States, and about half of those deaths are considered preventable. Uncontrollable bleeding is the most common problem. Winnie Palmer Hospital for Women and Babies is now using artificial intelligence to monitor blood loss in real time. A robot simulates what it is like for a mother to experience a postpartum hemorrhage. Like thousands of new moms a year, Allison de Villiers almost died.