In some domains of programming it's common to want to write a data structure or algorithm that can work with elements of many different types, such as a generic list or a sorting algorithm that only needs a comparison function. Different programming languages have come up with all sorts of solutions to this problem: From just pointing people to existing general features that can be useful for the purpose (e.g C, Go) to generics systems so powerful they become Turing-complete (e.g. In this post I'm going to take you on a tour of the generics systems in many different languages and how they are implemented. I'll start from how languages without a special generics system like C solve the problem and then I'll show how gradually adding extensions in different directions leads to the systems found in other languages. One reason I think generics are an interesting case is that they're a simple case of the general problem of metaprogramming: writing programs that can generate classes of other programs. As evidence I'll describe how three different fully general metaprogramming methods can be seen as extensions from different directions in the space of generics systems: dynamic languages like Python, procedural macro systems like Template Haskell, and staged compilation like Zig and Terra.

How to Join and Win Hackathons with AI

Hackathons have been my life for the last year. Staying up until 4 AM every weekend building advanced projects under a time crunch produces an unmatched adrenaline rush. While hackathons are surely enjoyable no matter the outcome, it is not the same without a win. However, winning is not easy, and learning how to do so can take a long time. As a result, many new hackers become discouraged and don't continue. Lucky for me, this was not the case, as I was able to quickly develop strategies that helped me be successful. 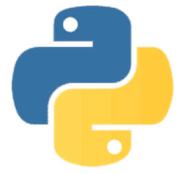 In Drew Conway's famous Venn diagram of data science skills, programming chops might be the most elusive target. New libraries and packages are constantly emerging -- and sometimes even entire new programming languages enter the stage. True, Python continues to dominate. But despite its widespread footing and ease of use, it hardly holds a monopoly in data science. And the alternatives extend well beyond R, despite what partisans in the tired Python vs. R debate might have you think.

You might be surprised by how many Americans are walking around these days with synthetic joints hidden in their pants. First performed in 1968, more than three-quarters of a million people in the US opted for knee replacement surgery in 2017 alone, according to the American Association of Orthopedic Surgeons. However, many knee replacement candidates (an estimated 300,000 in 2017) simply aren't yet ready to go under the knife -- whether that's due to health, financial, employment or other reasons -- but who could still benefit from some added support from a medical device. But rather than strap yourself into a P-5000 Powered Work Loader -- or even something slightly less extravagant like the Ekso NR -- Bay Area startup Roam Robotics has a less intensive and expensive means of getting folks with mobility issues back on their feet. It's called the Ascend and it's a sub-$10k exoskeletal knee brace for everybody.

Swift for TensorFlow project shuts down

Swift for TensorFlow, a Google-led project to integrate the TensorFlow machine learning library and Apple's Swift language, is no longer in active development. Nevertheless, parts of the effort live on, including language-differentiated programming for Swift. The GitHub repo for the project notes it is now in archive mode and will not receive further updates. The project, the repo notes, was positioned as a new way to develop machine learning models. "Swift for TensorFlow was an experiment in the next-generation platform for machine learning, incorporating the latest research across machine learning, compilers, differentiable programming, systems design, and beyond."

Swift for TensorFlow project shuts down

Swift for TensorFlow, a Google-led project to integrate the TensorFlow machine learning library and Apple's Swift language, is no longer in active development. Nevertheless, parts of the effort live on, including language-differentiated programming for Swift. The GitHub repo for the project notes it is now in archive mode and will not receive further updates. The project, the repo notes, was positioned as a new way to develop machine learning models. "Swift for TensorFlow was an experiment in the next-generation platform for machine learning, incorporating the latest research across machine learning, compilers, differentiable programming, systems design, and beyond."

Shaping the future of payments and securities through responsible innovation 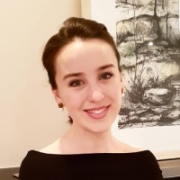 For more than 40 years, SWIFT has collaborated with its network to identify industry-wide challenges and develop solutions for the benefit of the entire global financial system. Tom Zschach, Swift's chief innovation officer, speaks to Finextra Research about how innovation remains central to the co-operative's new strategy, and how state-of-the-art technologies will help it deliver on its vision. Swift's strategy boldly asserts that it will retool cross-border infrastructure to fundamentally transform payments and securities processing, enabling the world's financial institutions to deliver instant and frictionless end-to-end transactions. Zschach explains that not only is innovation tied to Swift's future success, "it is in fact the key enabler for us to be able to implement our new strategy." A decade from today, Zschach argues that the financial services industry will be intimately entwined with every person's life and it is this ecosystem that Swift must prepare for. 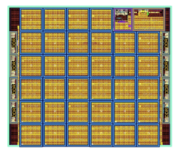 At the RISC-V Summit today, Art Swift, CEO of Esperanto Technologies, announced a new, RISC-V based chip aimed at machine learning and containing nearly 1,100 low-power cores based on the open-source RISC-V architecture. Esperanto Technologies, headquartered in Mountain View, Calif., with other sites across the U.S. and Europe, was created in 2014 "with the goal of making RISC-V the architecture of choice for compute-intensive applications such as AI and machine learning." Swift traced the history of the new chip back to 2017, when Dave Ditzel – the founder and chairman of Esperanto – laid out the vision for Esperanto at the seventh RISC-V workshop. At that workshop, Ditzel set a goal of "laying down 4,000 or more cores on a single device." Ditzel called for both a simple instruction set through RISC-V and innovation in the realms of custom microarchitectures and proprietary low-power design techniques.

Michael Falk teaches eighteenth century literature at the University of Kent. His interest in AI is twofold. As a digital humanist, he uses natural language processing and machine learning to study linguistic patterns in literary texts. As a literary scholar, his key interest is in how self, mind and intellect are portrayed in literature. He has published on the history of the bildungsroman, colonial Australian poetry and the syntactic structure of the sonnet. He has work forthcoming on Romantic-era tragedy and the economics of eighteenth-century bookselling. When he isn't working, he watches birds and tries to learn new languages. Public debate about AI is dominated by Frankenstein Syndrome, the fear that AI will become superhuman and escape human control. Although superintelligence is certainly a possibility, the interest it excites can distract the public from a more imminent concern: the rise of Artificial Stupidity (AS). It then provides a philosophical framework for analysing the stupidity of artificial agents, demonstrating that modern intelligent systems can be seen to suffer from'stupidity of judgement'. Finally it identifies an alternative literary tradition that exposes the perils and benefits of AS. In the writings of Edmund Spenser, Jonathan Swift and E.T.A. Hoffmann, ASs replace, oppress or seduce their human users. More optimistically, Joseph Furphy and Laurence Sterne imagine ASs that can serve human intellect as maps or as pipes. These writers provide a strong counternarrative to the myths that currently drive the AI debate.