Top Voice Technology Trends in 2021 To Give Your Attention To

One of Samsung's latest ultra-short throw projectors has been discounted by $1,000 as part of a larger sale on Amazon. The Premiere Projector with a 4.2.2 channel sound system is down to $5,498 -- yes that's still quite expensive even for a projector, but it's a much better buy now than at it's normal $6,500 price. We've only seen it cheaper in June during Prime Day when it was an additional $300 off. If you feel comfortable sacrificing on sound, the same model with a 2.2 channel system has dropped to $2,998. Samsung's matching both prices, so you could buy direct from the company if you prefer.

I recently moved and along the way my faithful 2016 Sony XBR-75X850D, as such things do, suffered a fatal screen crack. It was time for something bigger and better. I'd long used smaller LG TVs, but since my new place also included a home theater it was time to think big. So, after much research, I got LG's newest 77" 4K TV: the 2021 LG OLED77C 3,299.99TV. There are two kinds of paid streaming services: Live TV, such as Sling TV and YouTubeTV, and video-on-demand, such as Netflix and Amazon Prime. Here's what to look for in live TV packages. Well, let me start with the basics. LG uses organic light-emitting diodes (OLED) for its high-end 4 and 8K TVs. Unlike the more common, and less expensive LEDs, these carbon-based diodes can be adjusted pixel by pixel in luminance from a perfect back to a bright white. The result is you get more contrast from an OLED screen than from any other. And, yes, I include yesteryear's top plasma TV, the Panasonic TC-P60ZT60 plasma. 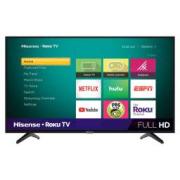 Here are the best sales to shop during Walmart's Deals for Days event as of June 22: BEST LAPTOP DEAL: Samsung Chromebook 4 -- $159 (save $70.99) BEST APPLE DEAL: Apple 12.9-inch iPad Pro (WiFi, 128GB) -- $999 (save $100) BEST HEADPHONE DEAL: Beats Solo Pro Wireless Noise-Canceling Headphones -- starting at $139.90 (save up to $160.05) BEST ROBOT VACUUM DEAL: Anker eufy RoboVac G30 Verge -- $169 (save $180.99) Oh, you thought Walmart was just going to sit there and twiddle its thumbs while one of its biggest rivals ran a massive two-day sale with over two million deals? As Amazon runs its sixth annual Prime Day event on June 21 and 22, the big box store is throwing its own "Deals for Days" shopping extravaganza this week, with "Black Friday-like savings" up for grabs online and in stores now through Wednesday, June 23. 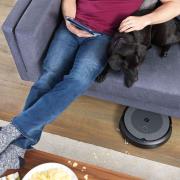 No one should have to guess what's going on in that dark scene of The Handmaid's Tale. Since 2020, TV manufacturers have been pumping out large, affordable 4K panels at a wicked pace -- which means watching your favorite content with punchy colors, decipherable shadows, and smooth transitions doesn't have to be reserved for the movie theater. Each weekend, we'll be compiling a list of our favorite 4K and QLED TV deals from Samsung, LG, Sony, and more. Upgrading to 4K isn't as exciting when you've been watching a dated 4K TV for the past few years. The combo of accurate black uniformity, precise local dimming, crisp upscaling monitored by artificial intelligence, and robust brightness scale make this a one-of-a-kind watch experience that you won't get with 4K.

Seven years after introducing webOS as the platform for its Smart TV lineup, LG is introducing version 6.0 with a new look and feel for its 2021 4K and 8K TVs. The old blade lineup of apps is gone, with a more modern tile-based layout. LG Home Entertainment president Park Hyoung-sei calls this "the most significant update since we first introduced webOS in 2014." An upgraded version of its ThinQ AI has more voice command control than ever whether you're using Google Assistant or Amazon Alexa. For traditional control, this year's edition of its Magic Remote is a bit more standard than some of the previous versions, but also includes NFC for the first time, which allows users to share content from phone to TV (and back) simply by tapping it.

Cyber Monday 2020: The best deals you can get at Best Buy on TVs, appliances and more

Cyber Monday 2020: Grab these Sony WH-1000XM4 headphones and plenty of other discounted items at Best Buy. Purchases you make through our links may earn us a commission. If you missed out on a great deal during Black Friday, now is the chance to redeem yourself by shopping Best Buy's Cyber Monday sale. The deals are popping with impressive markdowns on smart TVs, robot vacuums, Nintendo Switch games--the list goes on. There are also major savings on top-rated appliances from LG, Samsung, Whirlpool and other major brands.