Sony issued a disclaimer ahead of Thursday's showcase that the next generation of PlayStation's virtual reality tech wouldn't make an appearance. Also absent was a much-anticipated update about the PS5′s expanded storage feature. Over the summer, Sony launched a beta program for the long-awaited feature, which allows users to expand their device's storage using specific M. 2 solid-state drives, for select users in the United States, Canada, France, Japan, Germany and the U.K. When it will roll out to the general public remains unclear.

Xbox will host another indie games showcase on August 10th

Microsoft will host its second ID@Xbox indie game showcase of the year on Twitch next week. The stream starts at 12pm ET on August 10th. You'll be able to watch it on the Twitch Gaming and Xbox channels. Xbox will show off "tons" of games during the showcase, which will involve developers and publishers including Rebellion and Chump Squad. Along with updates on games such as OlliOlli World and The Artful Escape, new titles will be announced.

Indie games 'Oxenfree II' and 'Carrion' are coming to PlayStation

While we await the inevitable delay of yet another big-budget game that was on the docket for this year, Sony revealed that several notable indies are coming to PlayStation consoles in the coming months. Among them is Oxenfree II: Lost Signals, which was announced for Nintendo Switch and PC in April. You'll once again have a radio that can pick up supernatural signals in the sequel to mystery adventure Oxenfree, which will arrive later this year. In Carrion, you play as an amorphous monster who tries to escape from a research facility and devours anyone unfortunate to get in its way. The horror game picked up solid reviews when it was released on Switch, PC and Xbox One in 2020, and it was nominated at The Game Awards.

Created by Dr. Ryan Ahmed, Ph.D., MBA Are you ready to learn python programming fundamentals and directly apply them to solve real world applications in Finance and Banking? If the answer is yes, then welcome to the "The Complete Python and Machine Learning for Financial Analysis" course in which you will learn everything you need to develop practical real-world finance/banking applications in Python! Python is ranked as the number one programming language to learn in 2020, here are 6 reasons you need to learn Python right now! The course is divided into 3 main parts covering python programming fundamentals, financial analysis in Python and AI/ML application in Finance/Banking Industry. In addition, this section will cover key Python libraries for data science such as Numpy and Pandas. 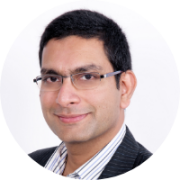 For many gamers, E3 2021 hasn't churned out as many big announcements as expected. Many would say it was a disappointment so far, but Nintendo changed that with a bevy of game reveals and updates that was enough to satisfy fans. No, Nintendo didn't reveal an updated Switch as many predicted; instead, they surprised fans with the announcement of "Metroid Dread," a remake of its "Advance Wars" series, a new "WarioWare" entry and a Game & Watch for "The Legend of Zelda's" 35th anniversary. Oh, franchise supervisor Eiji Aonuma also showed off clips from a "Breath of the Wild" sequel. "Metroid Dread" was the biggest piece of news coming from the showcase -- While everyone was predicting a "Mario Kart 9" or "Pikmin 4," few were expecting a return of the the classic "Metroid" 2D gameplay.

Artificial intelligence has for the first time predicted the reproductive behaviour of Yellowtail Kingfish by tracking their movements as part of new research revealed on #WorldOceanDay. The new study published in Movement Ecology used machine learning algorithms to identify and distinguish between behaviours including courtship, feeding, escape, chafing, and swimming to showcase how technology can offer greater understanding of marine life. The results revealed spawning behaviour of Yellowtail Kingfish within the Neptune Islands Group Marine Park and Thorny Passage Marine Park in South Australia. Researchers tagged captive Kingfish and filmed their behaviour in tanks to identify the acceleration signatures and applied artificial intelligence to identify behaviour in free-ranging fish. Flinders University PhD student, Thomas Clarke, in the College of Science & Engineering, says it's the first study to use machine learning to identify spawning behaviours in wild Kingfish and demonstrates how artificial intelligence can be used to better understand reproductive patterns.

Video gamers, here's what to expect from an all-digital E3. Find out when to watch, how to stream

The virtual stage is set for this year's Electronic Entertainment Expo, or E3, returning as an all-digital event, due to the pandemic, instead of the annual pilgrimage to L.A. to cram into the Los Angeles Convention Center. But the focus of the four-day celebration, taking place June 12-15, remains the same as the annual show that first debuted in 1995: to catch a glimpse at upcoming video games and new hardware, attend press conferences and panels, and perhaps spot celebrity appearances. "For more than two decades, E3 has been the premier event and showcase for the video game industry," says Stanley Pierre-Louis, President and CEO of the Entertainment Software Association (ESA), a Washington, D.C.-based organization that serves as the voice and advocate for the video game industry. Yes, the internet fails:Outages like Fastly's will happen. Here's how to protect yourself "Even before the pandemic, we recognized the importance of reaching out to the digital audience, and so this new format creates exciting opportunities to bring fans, the media and industry together all under one tent" adds Pierre-Louis.

The EPSRC UK Robotics & Autonomous Systems (UK-RAS Network) has announced the inaugural programme for the UK Festival of Robotics – a brand new 7-day celebration set to boost public engagement in robotics and intelligent systems. This week-long programme will run from 19th – 25th June 2021, offering online events, special competitions, and interactive activities for robot enthusiasts of all ages. Full details of all the events and activities on offer throughout the week are available here: https://www.ukras.org/robotics-festival/ Hosted by Dr Claire Asher and featuring Dr Sophie Armanini (TU Munich/Imperial College London), Matthew Ryan Tucker (University of Bristol) and Ben Scott-Robinson (Small Robot Company), Episode 9 will focus on "Robots into the Wild". In this fun, interactive session, participants will take on the role of a robot accident investigator, work together with others and have fun'solving' the case!

After a year off, the summer's largest video game conference officially starts on Saturday, June 12th, featuring four days of major news and fresh trailers, all virtual and totally free for anyone to watch. The Entertainment Software Association canceled E3 2020 as the global COVID-19 pandemic shut down industries across the globe. Despite the shutdown -- or even because of it -- the video game market saw a record-setting year, and both Sony and Microsoft launched their ninth-generation consoles, the PlayStation 5 and Xbox Series X, at the end of 2020. This year, E3 is back on and it's fully digital, taking place on live-streaming sites including Twitch and YouTube. Unlike previous years, attendance is totally free, and the show runs from June 12th through June 15th, with a handful of related events sprinkled among those dates.