The Development of AI in the Financial Industry - Attention Trust

It should come as no surprise that the financial services sector has been gripped by the innovation of late, particularly when you look at the falling age of the global population and our increased reliance on technology during the digital age. If we look at the forex market, for example, we see that almost half of those active in this space are now categorised as Millennials, with the rise of mobile platforms such as the MT4 having removed many of the barriers that once restricted this marketplace. In today's market, artificial intelligence (AI) is arguably the single biggest and most influential innovation, and one that is changing the financial services sector as we know it. But how is it developing in the market and what's the future for this technology? In many ways, AI has found a spiritual home in the world of banking and wealth management, where trusted professionals and individuals have historically been charged with handling relatively complex calculations and vast swathes of administration.

Consumer privacy has made big headlines in the recent years with the Facebook Cambridge Analytica Scandal, Europe's GDPR and high-profile breaches by companies like Equifax. It's clear that the data of millions of consumers is at risk every day, and that companies that wish to handle their data must do so with the highest degree of protection around both security and privacy of that data, especially for companies that build and sell AI-enabled facial recognition solutions. As CEO of an AI-enabled software company specializing in facial recognition solutions, I've made data security and privacy among my top priorities. Our pro-privacy stance goes beyond mere privacy by design engineering methodology. We regularly provide our customers with education and best practices, and we have even reached out to US lawmakers, lobbying for sensible pro-privacy regulations governing the technology we sell.

Regulation: For AML, fintech is both problem and answer 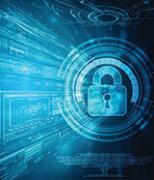 One subject never fails to light up the eyes of senior bankers and regulators when they're questioned about their efforts to end the money laundering-related scandals that have spread across northern Europe over the last two years: technology. There can be no more damning indictment of the integrity of a bank, or its host nation, than the public revelation that a licensed institution is being used as a laundromat for ill-gotten gains. And what is more enlivening for money-laundering supervisors and bank-compliance officers than showing your firm and country is at the forefront of a technology that could make these troubles disappear? Some of the biggest actors in Europe's financial sector are converts. The UK's Financial Conduct Authority is particularly enthusiastic about using technology to fight money laundering.

The European Commission is in consultation with EU data protection authorities following the news that US technology firm Clearview AI has scraped more than three billion facial images from social media sites including YouTube, Facebook and Twitter, without obtaining the permission of users. It has also transpired following an investigation by Buzzfeed news that the company wants to expand its service to the European market, with nine European countries including Italy, Greece, and the Netherlands as potential partners. Meanwhile, EURACTIV has been informed by a US official that Clearview AI is not a member of the 2016 EU-US Privacy Shield agreement, which obliges American companies to protect personal data belonging to EU citizens, according to EU standards and consumer rights. Clearview AI has not as yet disclosed whether any of the images have been harvested from EU citizens. If this were to be the case, the software may violate the EU's General Data Protection Regulation, Article 4 (14) of which covers the processing of biometric data.

The ethos of the band has been to remain experimental and stir a conversation around creativity in the age of machines. With its latest album, Chain Tripping, recorded between the band's home in Los Angeles and Marfa, TX, they've pushed this conversation even further: into AI. Yacht is comprised of Claire L. Evans, Jona Bechtolt, and Rob Kieswetter, and the trio transformed and crafted its working method for Chain Tripping. The result is a 10-song pop album which falls in the intersection of DIY and high-tech. "At a certain point, you need something to push you out of your habits and make you excited, challenged and a little scared again," Evans says.

Will Apple Ever Take on the Big Banks?

This is the web version of Data Sheet, Fortune's daily newsletter on the top tech news. To get it delivered daily to your in-box, sign up here. Given that I make my living writing about Silicon Valley, I pride myself at not being an early adopter. I find that by avoiding the bleeding edge, I can refrain from wasting time on never-will-be technology while maintaining a connection to the real world of technology users. This explains why I still don't have an Apple Watch (Also: I adore my inexpensive Timex Iron Man and wear-all-night FitBit Alta); why I wrote my book about Apple on a Windows PC; and why I got my first iPhone in 2012.

The Great Hack: the film that goes behind the scenes of the Facebook data scandal

Cambridge Analytica may have become the byword for a scandal, but it's not entirely clear that anyone knows exactly what that scandal is. It's more like toxic word association: "Facebook", "data", "harvested", "weaponised", "Trump" and, in this country, most controversially, "Brexit". It was a media firestorm that's yet to be extinguished, a year on from whistleblower Christopher Wylie's revelations in the Observer and the New York Times about how the company acquired the personal data of tens of millions of Facebook users in order to target them in political campaigns. This week sees the release of The Great Hack, a Netflix documentary that is the first feature-length attempt to gather all the strands of the affair into some sort of narrative – though it is one contested even by those appearing in the film. "This is not about one company," Julian Wheatland, the ex-chief operating officer of Cambridge Analytica, claims at one point. "This technology is going on unabated and will continue to go on unabated.[…] There was always going to be a Cambridge Analytica. It just sucks to me that it's Cambridge Analytica."

From 2010 to 2011, I worked on YouTube's artificial intelligence recommendation engine--the algorithm that directs what you see next based on your previous viewing habits and searches. One of my main tasks was to increase the amount of time people spent on YouTube. At the time, this pursuit seemed harmless. But nearly a decade later, I can see that our work had unintended--but not unpredictable--consequences. In some cases, the AI went terribly wrong.

The battle for future markets and bigger market shares is in full swing. The world's most influential companies are in a steady race to develop better automated systems and, in turn, boost artificial intelligence technology – taking them ahead of their competitors. By 2020, AI is expected to turn over more than 21 billion euros worldwide. However, further development of machine learning and artificial intelligence technologies seems to be blocked by a major obstacle: data privacy. The more data is consumed, the better these computer algorithms can recognize and capture patterns in the data.

Robots could wipe out 1.3 million Wall Street jobs in the next 10 years

Jobs in banking are some of the most sought after for job seekers -- but plenty of roles may not be around much longer. Despite a year of scandals that entangled many of the country's largest banks, the desire to work at these companies remains high, according to a new report by LinkedIn. Some of the more high-profile scandals include Deutsche Bank's alleged involvement in a global money-laundering scheme and accusations against Well Fargo's auto-loan and mortgage practices. Nonetheless, Bank of America, Goldman Sachs, Citigroup, Wells Fargo, and JPMorgan Chase remain five of the most popular places to work in 2019. LinkedIn attributes the popularity to banks offering increasingly tech-focused jobs that attract talented software engineers and developers out of college.