Roboticists from the Georgia Tech Center for Music Technology have teamed up with Kennesaw State University's dance department to create this jaw-dropping collaborative dance performance between humans and robots.

How to Safeguard Humanity in a Context of Excessive Automation? - MedicalExpo e-Magazine

Jean-Michel Besnier is a French philosopher who teaches at Sorbonne University in Paris. His research focuses on the philosophical and ethical impact of science and technology on individual and collective representations and imagination. We met with him to talk about the consequences of the explosion of robotics and artificial intelligence (AI) in the healthcare sector, especially since the beginning of the Covid-19 pandemic. MedicalExpo e-magazine: Can you give us your definition of artificial intelligence? Jean-Michel Besnier: I have the same definition that everyone has. I am more attentive to the conceptual extension of the notion of artificial intelligence, which at the beginning referred to something rather simple, that is to say the implementation of devices capable of solving problems in an automatic or algorithmic way.

The Future of AI Technology: List of Jobs Where AI Will Take Over

Artificial intelligence is already pervasive in our digital life, from cell phones to chatbots. The popularity of AI is growing, thanks in part to the vast amounts of data that machines can collect about our interests, purchases, and activities on a daily basis. Artificial intelligence researchers utilise all of this information to teach machines how to understand and predict whatever we want or don't want. Let's take a look at where AI is headed in the future. In the future, you could relax on your couch and order a personalised movie with your favourite virtual actors.

Pompeii's Ruins to Be Reconstructed by Robot

Imagine you have a jigsaw puzzle with 10,000 pieces but no picture on a box. In fact, you don't even have the box--it was destroyed nearly 2,000 years ago. These puzzle pieces are fragments of frescoes in the ancient Roman city of Pompeii that were leveled or buried by the eruption of Mount Vesuvius in A.D. 79. Some pieces are missing, others are broken. And instead of being precisely-cut shapes designed to neatly interlock, they're damaged, irregular fragments.

In this post you'll learn how to program a robot to avoid obstacles using ROS2 and C . Before anything else, make sure you have the rosject from the previous post, you can copy it from here. Launch the simulation in one webshell and in a different tab, checkout the topics we have available. The obstacle avoidance intelligence goes inside the method calculateVelMsg. This is where decisions are made based on the laser readings.

Why the internet is freaking out about a robot's facial expressions

Another lifelike robot is striking horror into the hearts of humans. Named Ameca, the android can convey an impressive range of facial gestures -- and people are freaking out. How it'll start vs How it's going to go pic.twitter.com/MQQcRTy7NB Tickets to TNW 2022 are available now! Whenever a machine shows another human-like capability, from dancing to speaking, it sparks fears of robot uprisings. These anxieties are somewhat misplaced.

Meta/Facebook AI introduces'Neural Prophet', a simple forecasting package that provides a solution to some of the most prevalent needs of customers, seeking to maximize the scalability and flexibility of time series forecasts based on Meta's own internal data scientists and requests from external industry practitioners. Whether it's estimating infection rates for disease management programs or projecting product demand to store inventory properly, the expanding data size necessitates new methodologies. Machine learning methods that are nonparametric do not make any assumptions regarding the type of mapping function. They must be both accurate and simple to understand. By not forming hypotheses, they can choose any functional form from the training data.

AI Jobs: 15 Jobs That Will Replace AI and 15 That Will Not 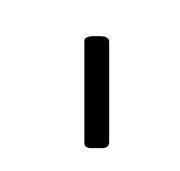 Artificial Intelligence (AI), is changing the way businesses operate and communicate with customers. Companies are now able to automate most functions that were previously performed by humans using AI. This is because it can do them better, faster, and more efficiently than human beings. This revolution has resulted in a shift in the skills required for most jobs. As technology advances, robots will surpass human intelligence and efficiency in all tasks. HR leaders have begun to prepare for the future by learning and reskilling.

Whether it's athletes on a sporting field or celebrities in the jungle, nothing holds our attention like the drama of vying for a single prize. And when it comes to the evolution of artificial intelligence (AI), some of the most captivating moments have also been delivered in nailbiting finishes. In 1997, IBM's Deep Blue chess computer was pitted against grandmaster and reigning world champion Garry Kasparov, having lost to him the previous year. But this time, the AI won. The popular Chinese game Go was next, in 2016, and again there was a collective intake of breath when Google's AI was victorious. The system is now advanced in accuracy. Roboat II autonomously navigated the canals of Amsterdam for three hours collecting data and returned back to its start location with an error margin of only 0.17 meters, or fewer than 7 inches. There are now advanced navigation and control algorithms for communication and collaboration between boats. The system is modeled on an ant colony using a distributed controller. In this model, there is no direct communication among the connected robots -- only one leader knows the destination.