It was 9:00 P.M. on a Monday in South Carolina, and the Charleston County Republican Party was ninety minutes into its February meeting, when the open-comments portion of the session began. Maurice Washington, the Party chairman and a former city-council member, invited a newcomer to the microphone at the front of the room filled with seventy members and guests. She identified herself as Elizabeth Rodi, announced that she had attended Donald Trump's rally on January 6th, and declared media reports about the Capitol insurrection false. "The people that were there were Antifa and Black Lives Matter. They were identified through facial recognition," she claimed.

After 26-year-old Brandon Fellows stormed the Capitol on Jan. 6, he told Bloomberg News he had no regrets. Instead, he boasted that his Bumble profile was "blowing up." All the while, women were actively trying to locate the insurrectionists on dating apps. Bumble removed its political filter amid the chaos, only to reinstate it a day later after users complained. Politics is personal, and that's been true on dating apps for awhile -- but as the global health crisis collided with a heated election and an attempted coup, it shifted things even further and now politics on dating apps are thornier than ever.

After a mob of Trump supporters forced their way into the U.S. Capitol on Wednesday, the right wing has been working overtime to spread baseless conspiracy theories about who actually stormed Congress. Many Republicans have settled on their usual scapegoat: antifa. Evidence reportedly from a facial recognition company called XRVision that was supplied to the conservative outlet, the Washington Times. The conspiracy to blame antifa was quickly debunked, but that didn't stop Rep. Matt Gaetz, a Republican from Florida, from citing the article and the company's name on the House floor last night in an attempt to shift the blame from Trump supporters to left-wing agitators. However, in a statement to BuzzFeed News on Thursday, XRVision claims that the Washington Times story is a lie.

Yes, Feinstein is the oldest U.S. senator. But she should be able to retire on her own terms

California Sen. Dianne Feinstein says she hasn't thought about retiring soon despite some assertions that the 87-year-old lawmaker should step aside because her cognitive abilities have allegedly declined. "No, I haven't," she told me in response to a brief question about whether she'd considered retiring early. Her fifth full term doesn't expire until the end of 2024 when she'll be 91. There are also six other octogenarians in the Senate -- all men. The universal assumption is Feinstein won't run for reelection when her term is up.

Can We Trust the Presidential-Election Polls?

On October 18, 2016, the New York Times gave Hillary Clinton a ninety-one-per-cent chance of beating Donald Trump. Five days later, ABC News released a tracking poll showing her ahead of Trump by twelve points. Buoyed by the polls, Democrats--especially Democratic women--approached November 8th with a joyful sense of inevitability. The collective disbelief when Clinton lost was tinged with confusion: How could the pollsters have been so wrong? Now, with Joe Biden leading Trump by double digits in the lead-up to Election Day, according to the latest NPR/PBS NewsHour/Marist survey, the question has to be asked: Are voters hoping for a Biden victory about to fall in the same trap?

Building A Machine Learning Model With WEKA With 'No Coding' 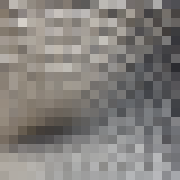 No-code environments in machine learning have become increasingly popular due to the fact that almost anybody who needs machine learning, whatever field they may be in, can use these tools to build models for themselves. WEKA is one of the early no-code tools that was developed but is very efficient and powerful. WEKA can be used to implement state of the art machine learning and deep learning models and can support numerous file formats. In this article, we will learn about how to use WEKA to pre-process and build a machine learning model with code. WEKA can be used in Linux, Windows or Mac operating systems and you can download this from the official website here.

WASHINGTON (AP) -- Postmaster General Louis DeJoy refused requests by Democrats on Monday to restore mail-sorting machines or mailboxes removed from service as part of sweeping operational changes at the Postal Service, despite complaints that the changes are causing lasting damage and widespread delays. Rep. Stephen Lynch, D-Mass., told DeJoy at a hearing on Capitol Hill that changes imposed by DeJoy this summer have threatened the reliability of mail service in his state and across the country. "What the heck are you doing?" Lynch asked DeJoy at a sometimes contentious House Oversight Committee hearing. Either through "gross incompetence" or "on purpose," DeJoy is "deliberately dismantling this once-proud institution," Lynch said. DeJoy denied any wrongdoing and accused Lynch and other Democrats of spreading misinformation.

What's this? A bipartisan plan for AI and national security

Will Hurd and Robin Kelly are from opposite sides of the ever-widening aisle, but they share a concern that the United States may lose its grip on artificial intelligence, threatening the American economy and the balance of world power. They want to cut off China's access to AI-specific silicon chips and push Congress and federal agencies to devote more resources to advancing and safely deploying AI technology. Although Capitol Hill is increasingly divided, the bipartisan duo claims to see an emerging consensus that China poses a serious threat and that supporting US tech development is a vital remedy. Kelly, a member of the Congressional Black Caucus, says that she has found many Republicans, not just Hurd, the only Black Republican in the House, open to working together on tech issues. "I think people in Congress now understand that we need to do more than we have been doing," she says.

What's This? A Bipartisan Plan for AI and National Security

US representatives Will Hurd and Robin Kelly are from opposite sides of the ever-widening aisle, but they share a concern that the US may lose its grip on artificial intelligence, threatening the American economy and the balance of world power. Thursday, Hurd (R-Texas) and Kelly (D-Illinois) offered suggestions to prevent the US from falling behind China, especially, on applications of AI to defense and national security. They want to cut off China's access to AI-specific silicon chips and push Congress and federal agencies to devote more resources to advancing and safely deploying AI technology. Although Capitol Hill is increasingly divided, the bipartisan duo claim to see an emerging consensus that China poses a serious threat and that supporting US tech development is a vital remedy. "American leadership and advanced technology has been critical to our success since World War II, and we are in a race with the government of China," Hurd says. "It's time for Congress to play its role."