The next decade will be a journey towards building an intelligent world during which we will witness dreams of the past turn into inventions of the day and features of science fiction emerge as daily life utilities. Exploration and innovation will be the driving force of this new future. Our quality of life at home and work will be greatly improved. Our lives in 2030 will face marked improvements including more plentiful food, larger living spaces, renewable energy, and greater efficiency and security. In fact, nearly all repetitive and dangerous work will be done by machines.

The growth of smart technology is one of the most beneficial trends brought on by advances in AI. It is projected that there will be over 77 million smart homes in the United States by 2025. Smart technology is also being used by businesses and government institutions around the world. Many factors are driving the demand for smart technology. The quest for efficient and sustainable energy usage is one of the defining technological challenges of the modern age -- especially as we find ourselves in the throes of the world's first truly global energy crisis.

All workers, and especially those on the frontline, deserve and need mentorships, training, and career guidance. If they receive that type of attention, their wages increase and they can have exciting career pathways with a higher loyalty. Frontline workers in the United States – truck drivers, manufacturing line workers, packers and shippers, grocery clerks, servers, healthcare assistants, housekeepers, janitors and so on – are frequently trapped in positions with low wages and little to no prospects for advancement. However, if these services gradually become more important, this could eventually change. What if we told you we could speed it up by investing now?

Data Centers Need to Go Green - And AI Can Help

Climate change is here, and it's set to get much worse, experts say – and as a result, many industries have pledged to reduce their carbon footprints in the coming decades. Now, the recent jump in energy prices due mainly to the war in Ukraine, also emphasizes the need for development of cheap, renewable forms of energy from freely available sources, like the sun and wind – as opposed to reliance on fossil fuels controlled by nation-states. But going green is easier for some industries than for others,- and one area where it is likely to be a significant challenge is in data centers, which require huge amounts of electricity to cool off, in some cases, the millions of computers deployed. Growing consumer demand to reduce carbon output, along with rules that regulators are likely to impose in the near future, require companies that run data centers to take immediate steps to go green. And artificial intelligence, machine learning, neural networks, and other related technologies can help enterprises of all kinds achieve that goal, without having to spend huge sums to accomplish it.

Building trustworthy AI: What, why, and how by The Irish Tech News Podcast 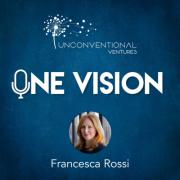 Eco Entrepreneur and Climate Campaigner, Dale Vince, OBE There's a saying that goes, 'don't meet your heroes as they may disappoint', well I pleased to say this wasn't the case when I spoke to green entrepreneur, Dale Vince, OBE for this episode for Irish Tech News Dale is one a what I would call a conscious CEO, where his work focuses on three key areas – energy, transport, and food. In 1995 he launched Ecotricity, the world's first green energy company, which today, powers around 200,000 homes and businesses across the UK with renewable energy from the wind and sun. Dale also owns Devil's Kitchen, which makes vegan school dinners, and his latest business, Skydiamond creates lab grown diamonds from the wind, rain and sun. If that wasn't enough, Dale is Chairman and owner of Forest Green Rovers recognised by FIFA as the "world's greenest football club" and became a United Nations Climate Champion in 2018. He launched his first book, Manifesto in 2020, and is Executive Producer of the Netflix Original documentary, Seaspiracy.

Zapped: The grid is on life support. Can AI fix it?

America's electric system is long overdue for an overhaul. With a 2021 American Society of Civil Engineering report finding that 70% of T&D lines are over 25 years old, it's no shock that large, sustained outages are occurring with increased frequency throughout the country. Last year, major outages in California and Texas were both triggered by extreme weather events, causing local power demand to exceed supply. With climate change fueling extreme weather events, plant and city managers are increasingly turning to AI technologies to predict energy consumption levels days in advance, mitigating the potential of power outage incidents and increasing overall power grid reliability. To understand the problems facing the current power grid, which by one conception constitutes the largest and most complicated machine in the world, I reached out to Steve Kwan, Director of Product Management at Beyond Limits, which develops industrial AI for growth in a variety of industries. 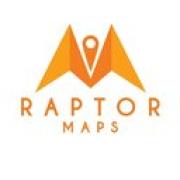 Solar power is the largest source of new energy in the world. Raptor Maps is a fast-growing, venture-backed, MIT-born climate tech startup that is building software to enable the solar energy industry to scale. Parties across the entire solar lifecycle use Raptor Maps' data model to manage ever growing utility-scale solar portfolios. We are an industry leader with hundreds of customers, including owners, builders, operators, and aerial service providers, across over 40 countries with 200 million solar panels under management. Our software platform is essential in the fight against climate change.

Amazon customers can now tell Alexa to grow a tree

Amazon has announced a new partnership with environmental charity One Tree Planted that will enable its US customers to plant one tree by requesting their Alexa-enabled device to donate $1 from their account. Customers can now say, "Alex, grow a tree" to make the donation that will go towards the charity's reforestation efforts. Customers can also keep track and view how many trees they help to plant through their Amazon Pay account. Additionally, Amazon said it will donate $1 million to One Tree Planted, which is expected to help the non-profit plant one million trees from April to December. These trees will be planted as part of reforestation projects in Pennsylvania's defunct mining region, land that was affected by the 2018 forest fires in California, and along the rivers and streams of the Pacific Northwest.

Glint was founded in 2020 with the mission of accelerating the adoption of floating solar energy across the globe. The company has seen floating solar go from a niche market to becoming the third pillar in solar energy along with utility-scale and rooftop solar. With such advantages as no land use, the potential for lower algae growth and lower water evaporation, and a higher yield from the water cooling, floating solar is one of the fastest-growing energy sectors globally and part of the solution to decarbonizing the world.

It is a popular trend to start investing in regular and popular tech stocks from leading tech companies across the world. Technology stocks ensure high profit in digital wallets owing to the constant innovations with cutting-edge technologies for all kinds of industries. Thus, tech investors can start their Q2 investment with the investment in the following tech stocks on April 4, 2022. Analytics Insight provides a list of the top five tech stocks, according to Yahoo Finance. SolarEdge Technologies, Inc. is one of the top tech stocks to buy for its optimized inverter systems for solar PV installations across the world.