In recent years, we have experienced the success of modern machine learning (ML) models. Many of them have led to unprecedented breakthroughs in a wide range of applications, such as AlphaGo beating a world champion human player or the introduction of autonomous vehicles. There has been a continuous effort, both from industry and academia, in bringing such advances into solving real-life problems. However, converting a successful ML model into a real-world product that leads to improved productivity is still a nontrivial task. First, modern ML methods are known for being data-hungry and inefficient.

Notes: This paper aims to predict the relations between argument pairs that appear in dialogue. Most previous studies utilize fine-tuning pre-trained language models (PLMs) only with extensive features to supplement the low information density of the dialogue by multiple speakers. To effectively exploit inherent knowledge of PLMs without extra layers and consider scattered semantic cues on the relation between the arguments, this paper proposes a guiding model with relational semantics using Prompt (GRASP). They adopt a prompt-based fine-tuning approach and capture relational semantic clues of a given dialogue with 1) an argument-aware prompt marker strategy and 2) the relational clue detection task.

TML (Tau Meta-Language) is a variant of Datalog. It is intended to serve as a translator between formal languages (and more uses, see under the Philosophy section). The main difference between TML and common Datalog implementations is that TML works under the Partial Fixed-Point (PFP) semantics, unlike common implementations that follow the Well-Founded Semantics (WFS) or stratified Datalog. By that TML (like with WFS) imposes no syntactic restrictions on negation, however unlike WFS or stratified Datalog it is PSPACE complete rather than P complete. TML's implementation heavily relies on BDDs (Binary Decision Diagrams) in its internals. This gives it extraordinary performance in time and space terms, and allowing negation to be feasible even over large universes. In fact negated bodies, as below, do not consume more time or space than positive bodies by any means, thanks to the BDD mechanism. TML follows the PFP semantics in the following sense. On each step, all rules are executed once and only once, causing a set of insertions and deletions of terms.

What is Semantic Role Labeling 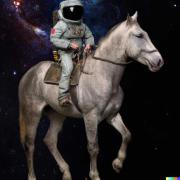 A sample DALL·E 2 generated image of "an astronaut riding a horse in a photorealistic style." A new method developed by researchers uses multiple models to create more complex images with better understanding. With the introduction of DALL-E, the internet had a collective feel-good moment. This artificial intelligence-based image generator is inspired by artist Salvador Dali and the lovable robot WALL-E and uses natural language to produce whatever mysterious and beautiful image your heart desires. Seeing typed-out inputs such as "smiling gopher holding an ice cream cone" instantly spring to life is a vivid AI-generated image clearly resonated with the world. 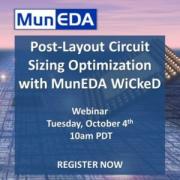 To understand AI’s capabilities and abilities we need to recognize the different components and subsets of AI. Terms like Neural Networks, Machine Learning (ML), and Deep Learning, need to be define and explained. In general, Artificial intelligence (AI) refers to the simulation of human intelligence in machines that are programmed to think like humans and…

How is fairness in AI calculated?

What is AI fairness and why is it important? Fairness is a subjective term that is difficult to define in general. "an agreement between two or more parties about what constitutes acceptable behavior or the degree of impartiality that exists between two or more parties." When used in relation to AI systems, fairness explores the potential impact of AI systems' decision making on society and who decides how those decisions are going to be made. There are many definitions for what fairness means, but the most important one for AI is that it should not discriminate against any individual or group of people based on their race, gender, sexual orientation, age, etc. AI systems are designed to learn from data and their environment, so they can make more accurate decisions.

The internet had a collective feel-good moment with the introduction of DALL-E, an artificial intelligence-based image generator inspired by artist Salvador Dali and the lovable robot WALL-E that uses natural language to produce whatever mysterious and beautiful image your heart desires. Seeing typed-out inputs like "smiling gopher holding an ice cream cone" instantly spring to life clearly resonated with the world. Getting said smiling gopher and attributes to pop up on your screen is not a small task. DALL-E 2 uses something called a diffusion model, where it tries to encode the entire text into one description to generate an image. But once the text has a lot of more details, it's hard for a single description to capture it all.

Netflix is pioneering content creation at an unprecedented scale. Our catalog of thousands of films and series caters to 195M members in over 190 countries who span a broad and diverse range of tastes. Content, marketing, and studio production executives make the key decisions that aspire to maximize each series' or film's potential to bring joy to our subscribers as it progresses from pitch to play on our service. Our job is to support them. The commissioning of a series or film, which we refer to as a title, is a creative decision. Executives consider many factors including narrative quality, relation to the current societal context or zeitgeist, creative talent relationships, and audience composition and size, to name a few.