What is Machine Learning?

Machine Learning (ML) is a technique that uses algorithms to learn from the data without being programmed explicitly. Due to the data abundance and efficient data storage, ML rose to the limelight in recent times, but the foundational research in this field was done in seventy's and eighty's. Different ways for a computer to learn from data -- supervised learning, unsupervised learning, and reinforcement learning. A supervised learning algorithm takes labeled data while training the model, and then the model makes predictions in the presence of the new data. These problems could be divided into regression and classification problems.

The field of artificial intelligence (AI) has created computers that can drive cars, synthesize chemical compounds, fold proteins and detect high-energy particles at a superhuman level. However, these AI algorithms cannot explain the thought processes behind their decisions. A computer that masters protein folding and also tells researchers more about the rules of biology is much more useful than a computer that folds proteins without explanation. Therefore, AI researchers like me are now turning our efforts toward developing AI algorithms that can explain themselves in a manner that humans can understand. If we can do this, I believe that AI will be able to uncover and teach people new facts about the world that have not yet been discovered, leading to new innovations.

You will then learn how to implement these in pythonic and concise PyTorch code, that can be extended to include any future deep Q learning algorithms. These algorithms will be used to solve a variety of environments from the Open AI gym's Atari library, including Pong, Breakout, and Bankheist. You will learn the key to making these Deep Q Learning algorithms work, which is how to modify the Open AI Gym's Atari library to meet the specifications of the original Deep Q Learning papers. Also included is a mini course in deep learning using the PyTorch framework. This is geared for students who are familiar with the basic concepts of deep learning, but not the specifics, or those who are comfortable with deep learning in another framework, such as Tensorflow or Keras. 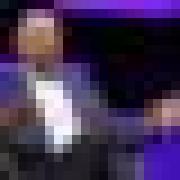 It has been only two weeks into the last month of the year and arxiv.org, the popular repository for ML research papers has already witnessed close to 600 uploads. This should give one the idea of the pace at which machine learning research is proceeding; however, keeping track of all these research work is almost impossible. Every year, the research that gets maximum noise is usually from companies like Google and Facebook; from top universities like MIT; from research labs and most importantly from the conferences like NeurIPS or ACL. In this article, we have compiled a list of interesting machine learning research work that has made some noise this year. This is the seminal paper that introduced the most popular ML model of the year -- GPT-3.

What AlphaGo Can Teach Us About How People Learn

David Silver is responsible for several eye-catching demonstrations of artificial intelligence in recent years, working on advances that helped revive interest in the field after the last great AI Winter. At DeepMind, a subsidiary of Alphabet, Silver has led the development of techniques that let computers learn for themselves how to solve problems that once seemed intractable. Most famously, this includes AlphaGo, a program revealed in 2017 that taught itself to play the ancient board game Go to a grandmaster level. Go is too subtle and instinctive to be tamed using conventional programming, but AlphaGo learned to play through practice and positive reward--an AI technique known as "reinforcement learning." In 2018, Silver and colleagues developed a more general version of the program, called AlphaZero, capable of learning to play expert chess and shogi as well as Go.

A learning perspective on the emergence of abstractions: the curious case of phonemes

In the present paper we use a range of modeling techniques to investigate whether an abstract phone could emerge from exposure to speech sounds. We test two opposing principles regarding the development of language knowledge in linguistically untrained language users: Memory-Based Learning (MBL) and Error-Correction Learning (ECL). A process of generalization underlies the abstractions linguists operate with, and we probed whether MBL and ECL could give rise to a type of language knowledge that resembles linguistic abstractions. Each model was presented with a significant amount of pre-processed speech produced by one speaker. We assessed the consistency or stability of what the models have learned and their ability to give rise to abstract categories. Both types of models fare differently with regard to these tests. We show that ECL learning models can learn abstractions and that at least part of the phone inventory can be reliably identified from the input.

Reinforcement learning holds tremendous promise in accelerator controls. The primary goal of this paper is to show how this approach can be utilised on an operational level on accelerator physics problems. Despite the success of model-free reinforcement learning in several domains, sample-efficiency still is a bottle-neck, which might be encompassed by model-based methods. We compare well-suited purely model-based to model-free reinforcement learning applied to the intensity optimisation on the FERMI FEL system. We find that the model-based approach demonstrates higher representational power and sample-efficiency, while the asymptotic performance of the model-free method is slightly superior. The model-based algorithm is implemented in a DYNA-style using an uncertainty aware model, and the model-free algorithm is based on tailored deep Q-learning. In both cases, the algorithms were implemented in a way, which presents increased noise robustness as omnipresent in accelerator control problems. Code is released in https://github.com/MathPhysSim/FERMI_RL_Paper.

Grounding Artificial Intelligence in the Origins of Human Behavior

Recent advances in Artificial Intelligence (AI) have revived the quest for agents able to acquire an open-ended repertoire of skills. However, although this ability is fundamentally related to the characteristics of human intelligence, research in this field rarely considers the processes that may have guided the emergence of complex cognitive capacities during the evolution of the species. Research in Human Behavioral Ecology (HBE) seeks to understand how the behaviors characterizing human nature can be conceived as adaptive responses to major changes in the structure of our ecological niche. In this paper, we propose a framework highlighting the role of environmental complexity in open-ended skill acquisition, grounded in major hypotheses from HBE and recent contributions in Reinforcement learning (RL). We use this framework to highlight fundamental links between the two disciplines, as well as to identify feedback loops that bootstrap ecological complexity and create promising research directions for AI researchers.

Achieving efficiency gains in Chinese district heating networks, thereby reducing their carbon footprint, requires new optimal control methods going beyond current industry tools. Focusing on the secondary network, we propose a data-driven deep reinforcement learning (DRL) approach to address this task. We build a recurrent neural network, trained on simulated data, to predict the indoor temperatures. This model is then used to train two DRL agents, with or without expert guidance, for the optimal control of the supply water temperature. Our tests in a multi-apartment setting show that both agents can ensure a higher thermal comfort and at the same time a smaller energy cost, compared to an optimized baseline strategy.