This Data Science project intends to provide an image-based automatic inspection interface. It entails the use of self-designed image processing and deep learning methods. It will classify plant leaves as healthy or infected. There are many popular deep learning projects on the MRI scan dataset. One of them is Brain Tumor detection.

This is the third course from my Computer Vision series. Image Recognition, Object Detection, Object Recognition and also Optical Character Recognition are among the most used applications of Computer Vision. Using these techniques, the computer will be able to recognize and classify either the whole image, or multiple objects inside a single image predicting the class of the objects with the percentage accuracy score. Using OCR, it can also recognize and convert text in the images to machine readable format like text or a document. Object Detection and Object Recognition is widely used in many simple applications and also complex ones like self driving cars.

Computer vision is a subject to convert images and videos into machine-understandable signals. With these signals, programmers can further control the behavior of the machine based on this high-level understanding. Among many computer vision tasks, image classification is one of the most fundamental ones. It not only can be used in lots of real products like Google Photo's tagging and AI content moderation but also opens a door for lots of more advanced vision tasks, such as object detection and video understanding. Due to the rapid changes in this field since the breakthrough of Deep Learning, beginners often find it too overwhelming to learn. Unlike typical software engineering subjects, there are not many great books about image classification using DCNN, and the best way to understand this field is though reading academic papers. But what papers to read? In this article, I'm going to introduce 10 best papers for beginners to read.

What Are The Limitations Of AutoML? 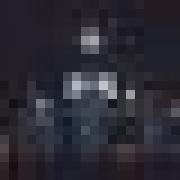 Using machine learning to process data has increased revenue and efficiency for enterprises. Big tech companies have hundreds of millions of data, which is humanly impossible to process. Machine learning is, therefore, being used to build complex models. AutoML is no longer a new term. Since Google released its first AutoML product, discussions around this technology have been quite prominent.

Artificial intelligence sets the stage for a new era of solutions to be made with computers. It allows us to solve problems that we could not have imagined in the past. To clear up some of the confusion I decided to make this video where I answer the most popular AI questions. The ideas about Artificial Intelligence evolved through centuries, starting with greek myths about Intelligent robots (Talos myth), but AI as we know it today only emerged in 1955. The term was coined by Alan Turing, Marvin Minsky, Allen Newell, Herber A.Simon, and John McCarthy.

Have you ever heard the term Artificial Intelligence or its acronym AI? I am sure most of you had and might be looking to know what "AI" really is or might be interested to know more about it. Then the information in this article will surely help you find the answers to the questions you are looking for. Read it fully to be able to really understand AI. Let's start with what AI is? AI is a vast branch of computer science that deals with the simulation of intelligence seen in humans into machines, also referred as machine intelligence, it deals with making such systems, machines, and programs that have human-like intelligence and can do tasks that generally need'human intelligence', the intelligence that is shown in humans like the ability to learn and the problem-solving skills, usually performed by human minds.

Rite Aid used facial recognition systems in hundreds of its drugstores across the US over the last several years. According to a Reuters investigation, the technology was deployed in "largely lower-income, non-white neighborhoods" in New York and Los Angeles and had been in use for over eight years. The system was designed to identify customers who the company previously had detected were "engaging in potential criminal activity." An alert would then be sent to a security agent via smartphone, who'd then check whether the match was accurate and, if so, possibly ask that person to leave the store. As of last week, Rite Aid had pulled the plug on the software, which was present in around 200 locations, owing to a "larger industry conversation" about facial recognition.

Artificial Intelligence -- Is It A Fad Or Is It Here to Stay?

One of the most misinterpreted and misunderstood terms in technology is Artificial Intelligence. There have been several arguments and discussions on its benefits and risks on the human race. Before we proceed further, I want you to have a clear about what exactly AI is. AI (Artificial Intelligence) is an interdisciplinary branch of computer science that builds smart machines that are capable of performing complex tasks that typically require human intelligence. It is a wonderful concept that simulates human intelligence in machines by programming them to think like humans and mimic their actions.