The objective of this post is three-fold. The first part discusses the motivation behind sparsemax and its relation to softmax, summary of the original research paper in which this activation function was first introduced, and an overview of advantages from using sparsemax. Part two and three are dedicated to the mathematical derivations, concretely finding a closed-form solution as well as an appropriate loss function. In the paper "From Softmax to Sparsemax: A Sparse Model of Attention and Multi-Label Classification", Martins et al. propose a new alternative to the widely known softmax activation function by introducing Sparsemax. While softmax is an appropriate choice for multi-class classification that outputs a normalized probability distribution over K probabilities, in many tasks, we want to obtain an output that is more sparse. 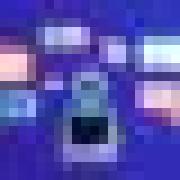 While GPT-3 has been bragging about achieving state-of-the-art performance on Complex NLP tasks with hundred billion parameters, researchers from the LMU Munich, Germany have proposed a language model who can show similar achievements with way fewer parameters. GPT-3 has been trained on 175 billion parameters and thus showed remarkable few-shot abilities, and by reformulating a few tasks and prompting inputs, it also showed immense capabilities on SuperGLUE benchmark. However it comes with two most significant drawbacks -- large models aren't always feasible for real-world scenarios, and with the context window of these monstrous models is limited to a few hundred tokens, it doesn't scale more than a few examples. And thus, the researchers proposed an alternative to priming, i.e. PET required unlabelled data, which is easier to gather than labelled data, thus making it usable for real-world applications.

In recent years, researchers have been developing machine learning algorithms for an increasingly wide range of purposes. This includes algorithms that can be applied in healthcare settings, for instance helping clinicians to diagnose specific diseases or neuropsychiatric disorders or monitor the health of patients over time. Researchers at Massachusetts Institute of Technology (MIT) and Massachusetts General Hospital have recently carried out a study investigating the possibility of using deep reinforcement learning to control the levels of unconsciousness of patients who require anesthesia for a medical procedure. Their paper, set to be published in the proceedings of the 2020 International Conference on Artificial Intelligence in Medicine, was voted the best paper presented at the conference. "Our lab has made significant progress in understanding how anesthetic medications affect neural activity and now has a multidisciplinary team studying how to accurately determine anesthetic doses from neural recordings," Gabriel Schamberg, one of the researchers who carried out the study, told TechXplore.

Genetic Algorithm-Everything You Need To Know 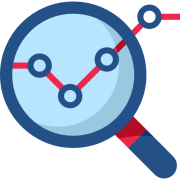 Generative Adversarial Networks (GANs) are generative models. They generate whole images in parallel. This is usually a neural network. We call it the generator network. This generator network takes random inputs. This noise is given to a differentiable function that transforms and reshapes the same into a recognizable structure.

That's the question faced by Prakash Shenoy, the Ronald G. Harper Distinguished Professor of Artificial Intelligence at the University of Kansas School of Business. His answer can be found in the article "An Interval-Valued Utility Theory for Decision Making with Dempster-Shafer Belief Functions," which appears in the September issue of the International Journal of Approximate Reasoning. "People assume that you can always attach probabilities to uncertain events," Shenoy said. "But in real life, you never know what the probabilities are. You don't know if it's 50 percent or 60 percent. This is the essence of the theory of belief functions that Arthur Dempster and Glenn Shafer formulated in the 1970s."

The pandemic has created unprecedented disruption all around us. Thousands of companies and millions of employees have moved to 100 percent remote work, e-commerce has exploded, and industries from manufacturing to retail have had to reimagine their processes--sometimes even reinvent themselves on the fly. Businesses are emerging from a brutal test of their enterprise agility. There are countless examples of innovation born from necessity. The pandemic has impacted both the front and back office, highlighting many weak spots.