Choosing the Right AI approach for your business 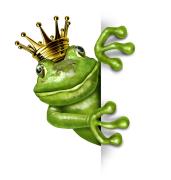 Companies often kiss more frogs than princes when it comes to artificial intelligence investments. Much has changed this year. The new normal brought about by the COVID-19 pandemic has affected everyone and everything. Globally, companies have been forced into crisis management mode: adapting, retooling and training employees to work remotely while adopting new technologies to stay productive. During all of this, corporate CEOs are trying to accomplish three primary objectives for their business: maximize growth, minimize risk, and protect margins. They have become even more challenging in manufacturing, considering the new work rules, the changing corporate remote work policies, and the use of conventional manufacturing technologies. The show began with a look at "Immortals Fenyx Rising," previously known as "Gods & Monsters," which is an open-world game where you battle Greek gods and explore a world ripe with Greek mythology. The lengthy teaser showed off its gorgeous world -- reminiscent of "Legend of Zelda: Breath of the Wild" -- as well as its character creation features. You play as a young woman named Fenyx who gets shipwrecked on the Golden Isle, which is overrun by beasts from the underworld. "Immortals Fenyx Rising" arrives Dec. 3 for current and next-gen consoles.

'Prince of Persia: The Sands of Time' returns with a spiffy HD remake in early 2021

Prince of Persia: The Sands of Time was a revelation in 2003. It reinvented a video game series with roots that extend all the way back to the late '80s, reimagining the original's mix of puzzles and combat for three-dimensional virtual spaces. Now, more than 17 years later, Ubisoft has a full-blown remake incoming with development led by its Mumbai and Pune studios. They've spent the past two years rebuilding the game using the same tools that make up the foundation of modern Assassin's Creed games, and you can see the results in this first look trailer. Ubisoft hinted at "gameplay adjustments" in a briefing ahead of Thursday's reveal, but didn't go further. We also learned that Yuri Lowenthal will be back to voice the Prince.

'Prince of Persia,' Ubisoft's long-missing star, returns for a 'Sands of Time' remake The original game is a milestone in platformer adventures, going on to inspire "Another World," "Flashback," and other similar platformer adventures. The original "Tomb Raider" from 1996, one of the pioneers of 3D technology, drew heavy inspiration from Mechner's work. And after the critical and commercial success of the "Sands of Time" trilogy, Ubisoft Montreal attempted to evolve the combat and parkour formula of the series into an open-world formula. Through the team's research, they became fascinated with the history of assassins. The project eventually morphed into a new intellectual property, "Assassin's Creed," a series that has since become the centerpiece of Ubisoft's catalogue. 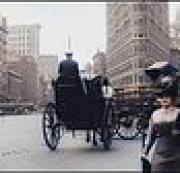 Artificial intelligence has been used to upscale the oldest film in existence, recorded in a garden in Leeds 132 years ago. Roundhay Garden Scene is a short film shot on October 14, 1888, showing four people strolling around the garden of Oakwood Grange in the Leeds suburb of Roundhay. The original black and white video, recorded by French inventor Louis Le Prince, is only 1.66 seconds long and comprises just 20 frames. But YouTuber Denis Shiryaev has posted a new version of the legendary video on his site, which is now in 4K quality at around 250 frames per second. Using a neural network to fill in the blanks and artificially generate additional frames, Shiryaev has been able to upscale the 20 original frames to give a much smoother sense of motion.

5 things to expect from a revamped Google Home smart speaker

After a four-year run, the original Google Home has finally shuffled out of Google's smart speaker lineup, and now comes word that a successor is likely on the way. What are we likely to see in a revamped Google Home, or whatever Google ends up calling it? We already have some ideas. The Google Home smart speaker, which made its debut back in 2016, has been listed as "not available" on the Google store for weeks, and a Google rep recently confirmed to TechHive that the original Google smart speaker has indeed been discontinued. If you still want to snag a Google Home, you can grab one on Best Buy for $30Remove non-product link, a steep discount considering its original $129 price tag.

The days of clicking on traffic lights to prove you are not a robot could be ending after Google's decision to charge for the tool prompted one of the web's biggest infrastructure firms to ditch it for a competitor. "Captcha" – an awkward acronym for "completely automated public Turing test to tell computers and humans apart" – is used by sites to fight automated abuses of their services. For years, Google's version of the test, branded reCaptcha, has dominated, after it acquired the company that developed it in 2009 and offered the technology for free worldwide. Google's introduction of charges for the service has prompted Cloudflare, a little-known firm that protects around 12% of the internet from bot attacks, to seek an alternative. The company's founder and chief executive, Matthew Prince, said: "It would have added millions of dollars in annual costs just to continue to use reCaptcha for our free users. That was finally enough of an impetus for us to look for a better alternative."

How smart can technology be? Apparently, as smart as you make it to be. One of the first algorithms with which Google started marketing products and displaying advertisements was based on search results. You'd search for an air ticket, logged in to your Google account, and Google would throw up ads for air tickets. You want to buy an air conditioner; Google knows.

Interpretable explanations for recommender systems and other machine learning models are crucial to gain user trust. Prior works that have focused on paths connecting users and items in a heterogeneous network have several limitations, such as discovering relationships rather than true explanations, or disregarding other users' privacy. In this work, we take a fresh perspective, and present PRINCE: a provider-side mechanism to produce tangible explanations for end-users, where an explanation is defined to be a set of minimal actions performed by the user that, if removed, changes the recommendation to a different item. Given a recommendation, PRINCE uses a polynomial-time optimal algorithm for finding this minimal set of a user's actions from an exponential search space, based on random walks over dynamic graphs. Experiments on two real-world datasets show that PRINCE provides more compact explanations than intuitive baselines, and insights from a crowdsourced user-study demonstrate the viability of such action-based explanations. We thus posit that PRINCE produces scrutable, actionable, and concise explanations, owing to its use of counterfactual evidence, a user's own actions, and minimal sets, respectively.

Dara Khosrowshahi, the chief executive of Uber, has attempted to limit the damage after calling the murder of the journalist Jamal Khashoggi "a mistake" similar to a fatal accident that occurred during tests of his company's self-driving car. Khashoggi, a Saudi national resident in the US, and a severe critic of the Saudi regime who wrote for the Washington Post, was murdered in Istanbul last year after visiting the Saudi Arabian consulate there. His body was dismembered and disposed of. His death has been described by Agnès Callamard, the UN special rapporteur on extrajudicial killings, as a "deliberate, premeditated execution" that warrants further investigation into the responsibility of the Saudi crown prince, Mohammed bin Salman. The prince is a key US ally close to Jared Kushner, Donald Trump's son-in-law and chief adviser.